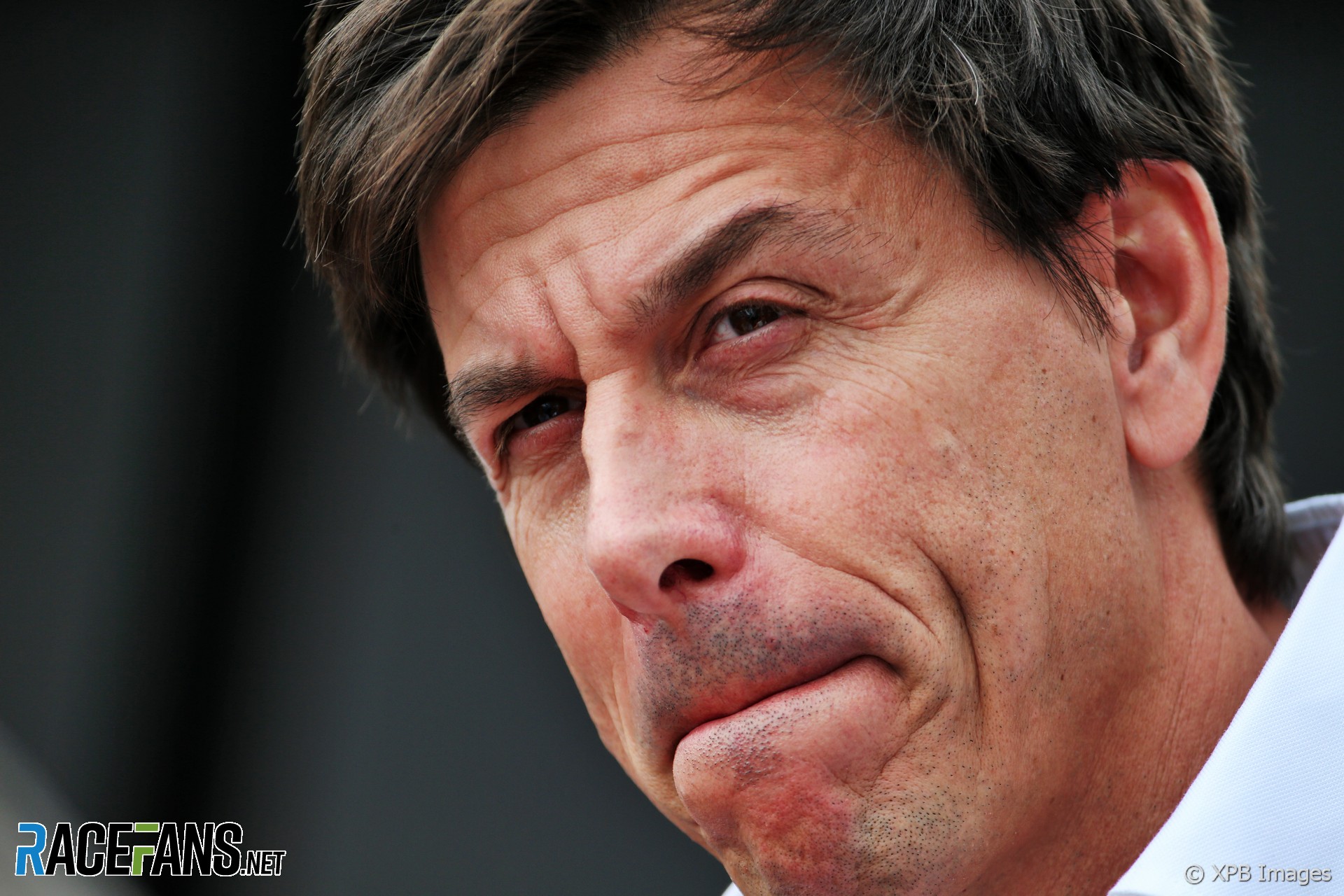 Hamilton signed a new two-year deal with the team last year, which takes him up to the end of the 2020 F1 season. However the five-times world champion’s success has prompted speculation he could join Ferrari in the future.

Earlier this week a British newspaper claimed Mercedes was prepared to offer Hamilton a deal worth £40 million per season to keep him away from Ferrari. But speaking in yesterday’s FIA press conference Wolff said “this Ferrari thing has been maybe blown out of proportion.”

“Lewis has a clear opinion where he’s sees himself in the future,” he added. “We are and have always been very loyal to our drives [and] this is taking its ordinary course of business.”

The end of Hamilton’s current contract will coincide with major changes in the sport which drivers will be looking to take advantage of, said Wolff.

“[In] 2021 everything is different. The drivers, in the same way as the teams, will be looking at opportunities and their future, evaluating options that are on the table, benchmarking the teams’ performance and at the end of the day, the car’s performance is what counts the most for the top guys.

“These discussions have slowly but surely started. But I don’t see this coming to any closure in terms of 2020-2021 line-up any time soon. That will be going into the next season, is my opinion.”

Hamilton, who has started every one of his 246 F1 races with Mercedes power, said earlier this year “when you’re part of Mercedes you’re part of a family for a lifetime”. However he also pointed out he has “a good Italian following” and “a lot of Ferrari fans ask me to come to Ferrari”.

38 comments on “Hamilton to Ferrari rumours “blown out of proportion””