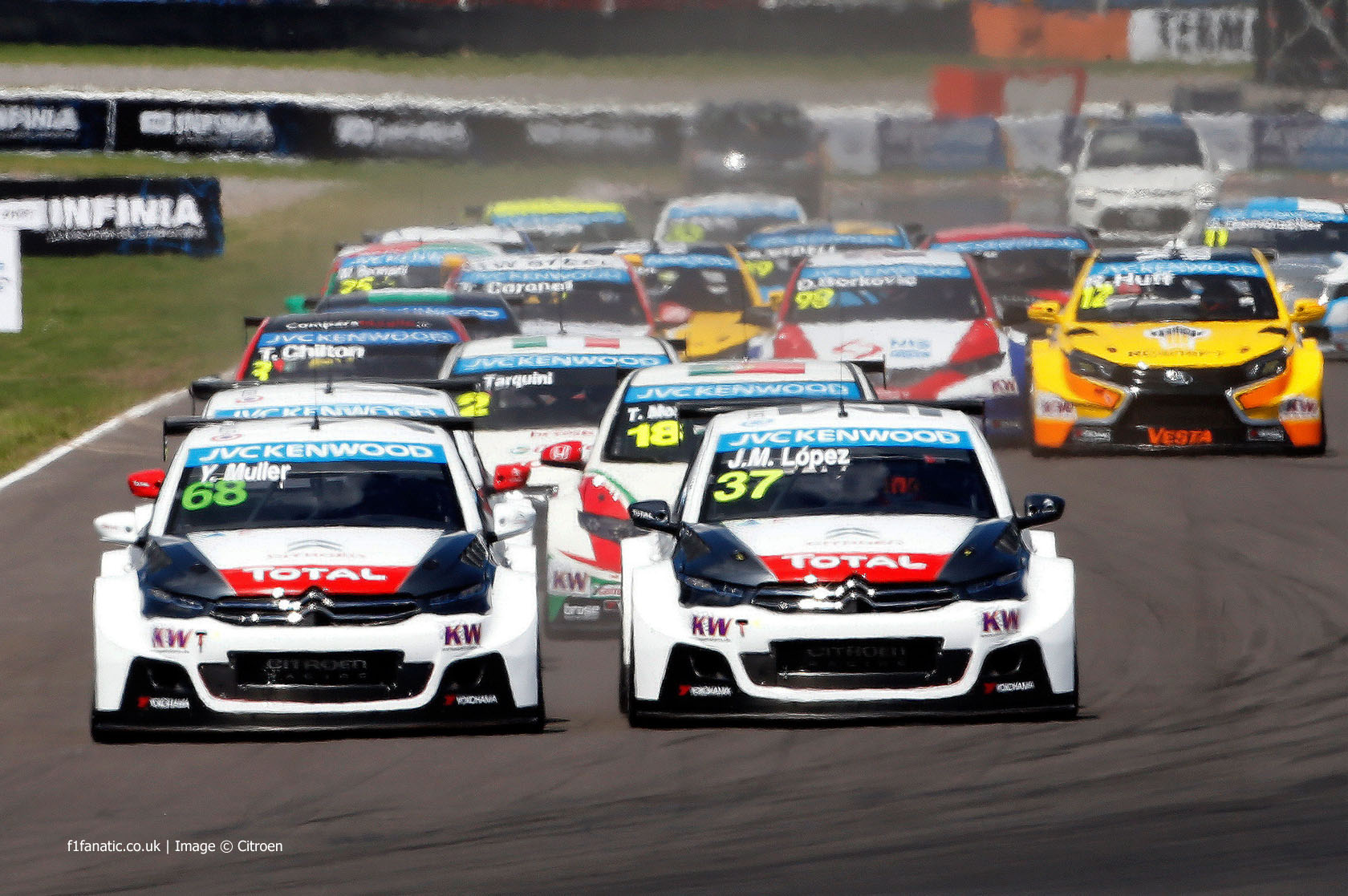 Catch up on the weekend’s racing action from major international racing series.

World Touring Car Championship round one

The WTCC might as well be renamed the World Touring Citroen Championship. At a scorching Termas di Rio Hondo in Argentina, where the track temperature reached 64C, reigning champion and home favourite Jose Maria Lopez lead a clean sweep of the podium for the C-Elysees in race one.

Yvan Muller, second in race one after being edged wide by Lopez at the start, tangled with Mehdi Bennani in the second race, earning a five-place grid penalty for the next round in Morocco. So it was Sebastien Loeb who broke through to win ahead of Lopez, with Tiago Monteiro bringing some consolation for Honda with third place.

The second race should have been ex-HRT tester Ma Qing Hua’s chance to shine. The fourth Citroen factory driver stalled at the start of race one and finished seventh, but after hitting the front in race two he went off the track and eventually finished seventh again.

The World Rally Championship is a one-sided affair at the moment as well. Sebastien Ogier made it three from three at the start of the season with another victory in his Volkswagen Polo in the Rally of Mexico. Mads Ostberg was well over a minute behind in second place, pipping Ogier’s team mate Andreas Mikkelsen.

But the big story of the event was Ott Tanak’s plunge into a lake on stage three. The car was submerged for nine hours, but once it was returned to the service area his M-Sport team took just three hours to repair it and he was able to finish the rally.

Defending champion Kevin Harvick took a straightforward win for Stewart-Haas in the third race of the season at Las Vegas.

Harvick passed Jimmie Johnson for the lead early in the race when the six-times champion suffered the first of a series of tyre problems:

Jeff Gordon qualified on pole for second time this year but was sent to the back of the 43-car grid after his car was damaged in a practice crash with Danica Patrick. He finished 18th.