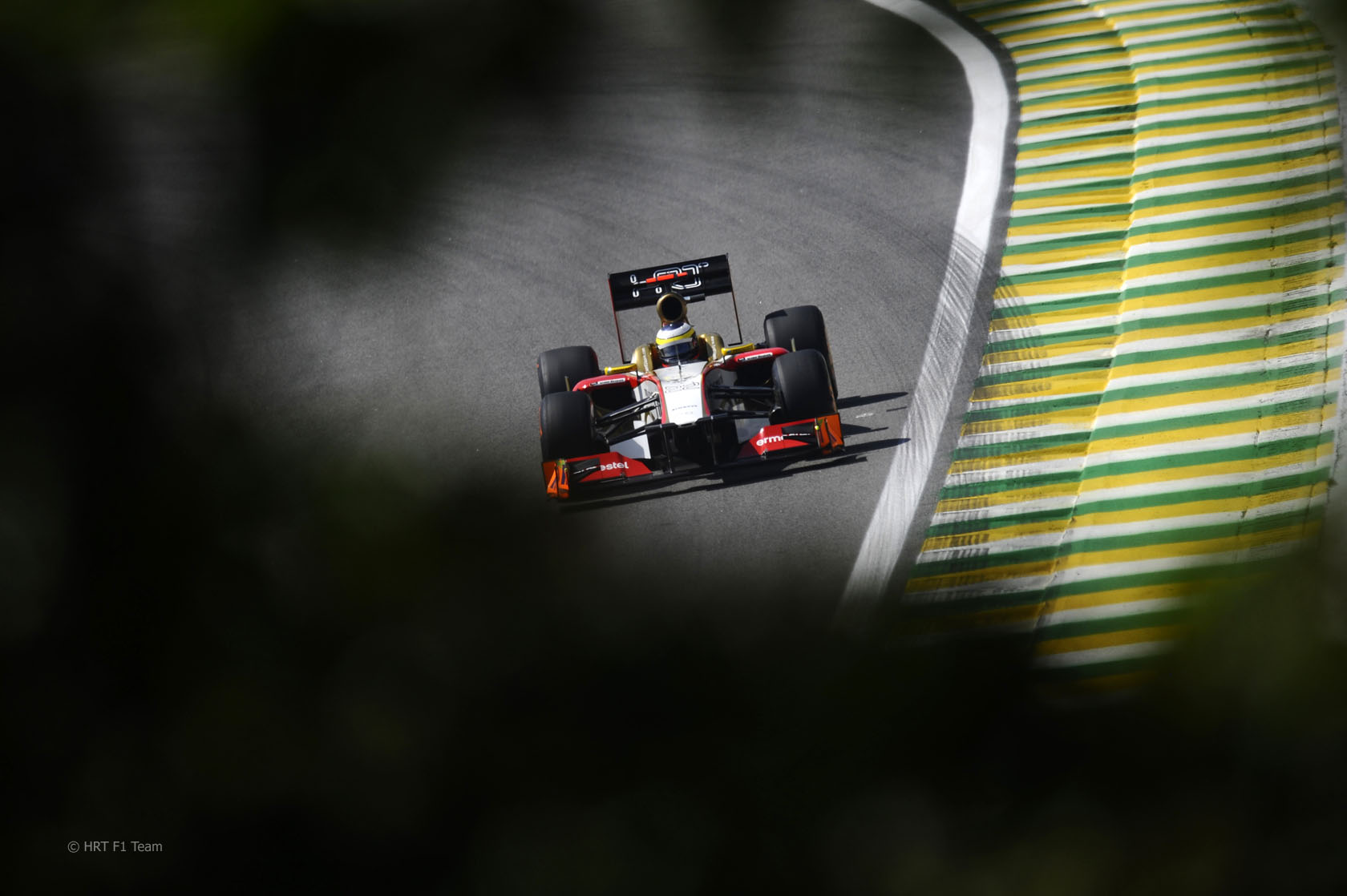 Of the three teams which made their Formula One debuts in 2010, HRT always seemed to have the shakiest grip on survival.

As the 2011 season ended the team lost technical director Geoff Willis to Mercedes, followed shortly by team principal Colin Kolles, amid reports over concerns about the amount of money new owners Thesan Capital were putting into the team.

These were borne out when Thesan put the team up for sale last month. But their lack of an entry for 2013 makes their value to a potential buyer doubtful.

The team soldiered on in the meantime using an updated version of its previous car, which itself was based on the chassis Dallara created for them in 2009.

New technical director Tony Cuquerella did what he could but with limited funds updates were rare and the team felt the F112 had much untapped potential. Plans to use a Williams-supplied KERS were scrapped.

As was the case last year, the team failed to qualify in Melbourne having not run in pre-season testing, but reached the grid in every other race.

They briefly got on terms with Marussia as the European season began but the shortage of funds told as the season went on.

The vastly inexperienced Chinese driver Ma Qing Hua appeared in the car during a few practice sessions, even as the team tried to acclimatise to the new Circuit of the Americas – something which was clearly not being done for performance reasons.

Late in the year there were worrying rumours about the state of the teams’ parts and claims some components were being used beyond their intended lifespan. Pedro de la Rosa firmly denied such claims when asked in America.

“We might be modest, we are small and we are what we are,” he said. “We are a professional Formula One team and for sure when we start running it’s because the car is safe. I’m experienced enough too, you know, I would never jump into an unsafe car because of parts being too old. So no, the answer is, the car is slow but it’s safe.”

Questions were asked following a series of failures late in the year suffered by Narain Karthikeyan in Korea (brakes), de la Rosa in India (brakes again) and Karthikeyan in Abu Dhabi (hydraulics).

The disappearance of HRT from next year’s F1 entry list raises the prospect of there being just 22 cars on the grid next year.

A loss for Formula One While no one would pretend they were a particularly competitive outfit during their three years in F1, the loss of them amounts to a shrinking of the Formula One universe which we should be concerned about.

One fewer team means two fewer drivers, and reduces the number of countries whose representatives appear in the sport. If nothing else, HRT’s presence ensured India had a home driver on the grid for its first two world championship races.

The Formula One ecosystem has lost one of its minnows. While most attention is understandably focused on the teams at the front, the importance of a well-filled grid for the health of the sport shouldn’t be overlooked. In the ongoing debate over the quality of racing in F1, the simple fact that if there are more cars on the track there will be more going on tends to get overlooked.

For proof of that, consider that had Sebastian Vettel not come across Karthikeyan’s HRT in Malaysia and America, the drivers’ championship would not have had the nail-biting down-to-the-wire climax we all enjoyed.