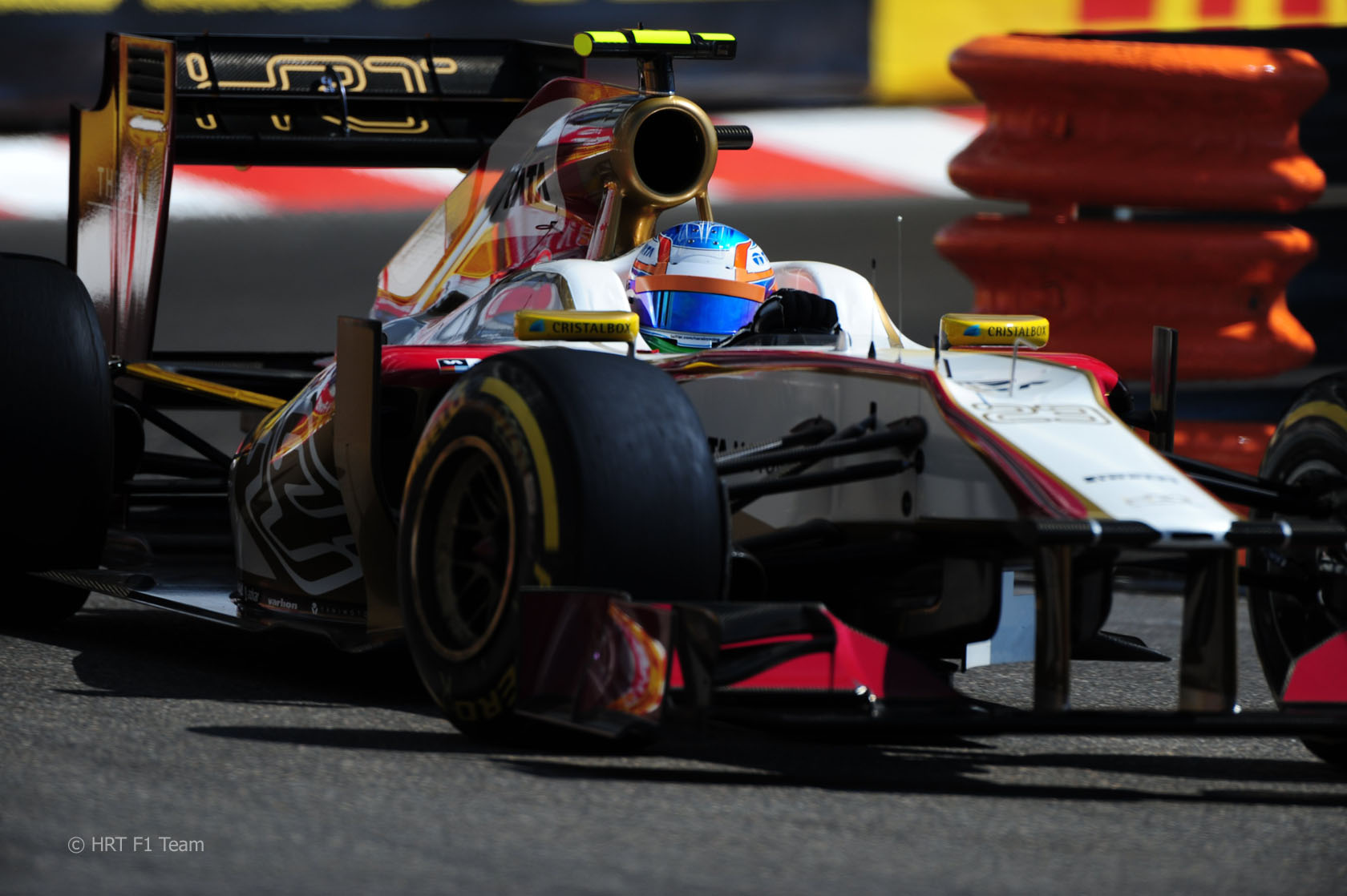 Spanish F1 team HRT says it has been put up for sale by owners Thesan Capital.

“The current owners of HRT Formula 1 Team, TC II S.a.rl., would like to confirm that they are currently in talks with a number of groups interested in buying the team,” said the team in a statement on its website.

“HRT Formula 1 Team’s current management hopes to conclude the sale in the upcoming weeks and, with it, enable the team to continue progressing and become a reference in modern-day Formula 1 after the important achievements already accomplished in this 2012 season.

“We’re very proud of the work done by the entire team and of the excellent sporting evolution achieved but the time has come for the team to continue growing with new financial backing. We’re convinced that the sporting potential of the team is huge and that the presence of new investors can give it a big boost.”

HRT was originally formed by ex-F1 driver Adrian Campos to enter as Campos Meta in 2010. But it changed owners before the season began and became Hispania Racing Team.

Thesan bought the team last year, when it finished 11th in the constructors’ championship for the second year in a row. The team is still to score its first point, and is currently 12th in the standings.

105 comments on “HRT put up for sale by Thesan Capital”