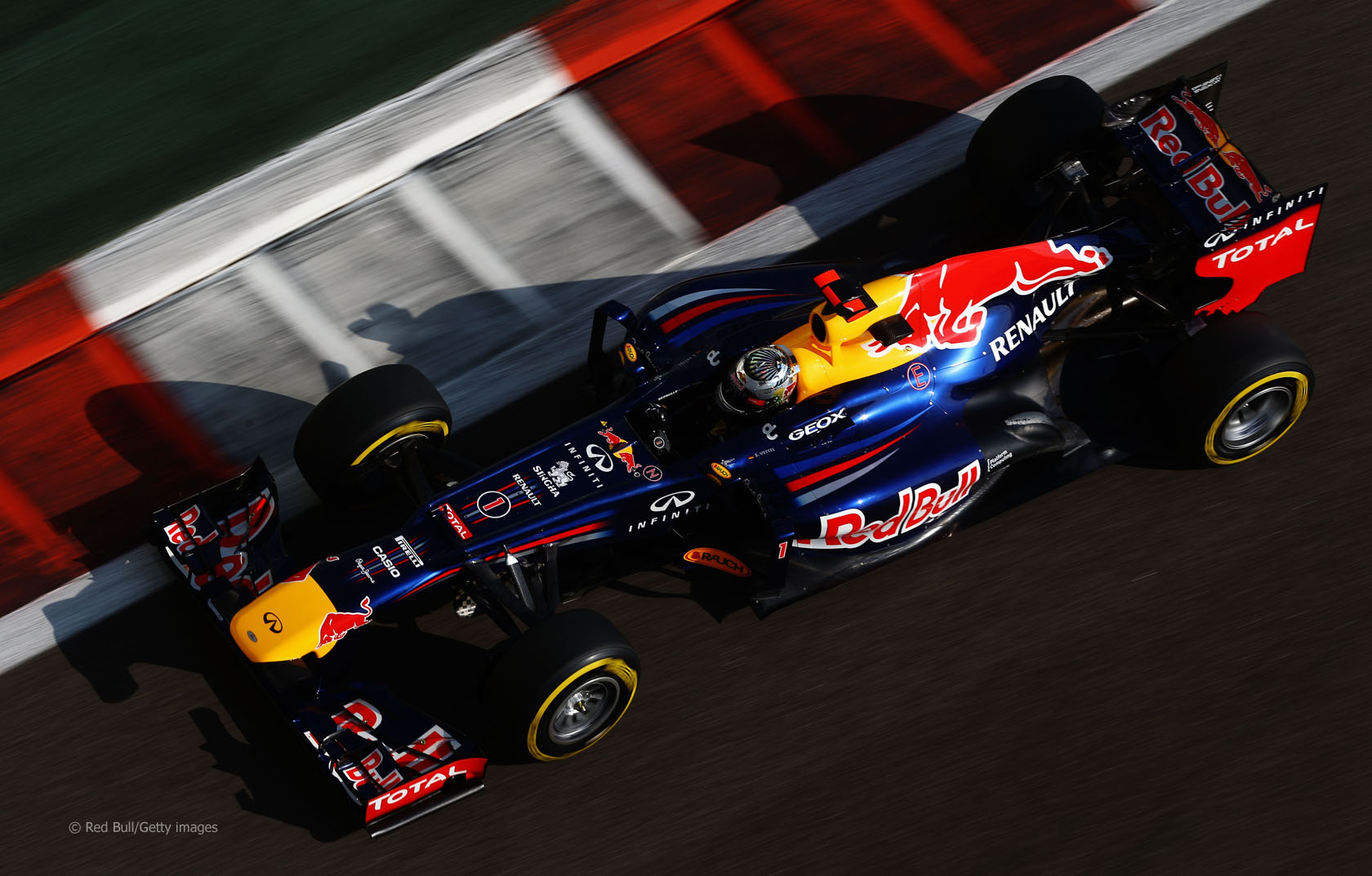 New restrictions on exhaust-blown diffusers and flexible front wings meant the Red Bull RB8 did not enjoy the same level of superiority over the competition its predecessor had enjoyed.

However by the end of the season Red Bull had unlocked the potential of the Adrian Newey-designed car and Sebastian Vettel produced a string of four consecutive victories which helped him win the drivers’ title for the third year in a row while the team did the same in the constructors.

The team faced an early setback on the eve of the 2012 as the FIA produced a rules clarification which forced them to change the design of their exhaust. They began the season on the back foot but won the fourth race of the year in Bahrain.

While the RB7 had been strong on every circuit, the form of the RB8 varied more from track to track. Vettel dominated the Valencia race until an alternator failure put him out. This was the car’s Achilles’ heel, forcing Vettel into retirement again at Monza and likewise Mark Webber at the Circuit of the Americas.

KERS and gearbox problems caused intermittent trouble too, particularly for Webber. But he increased the RB8’s tally of wins to seven with victories in Britain and Monaco.

The team’s late-season surge in form was partly the result of patient progress with the shape of the car’s exhaust outlets, designed to direct air towards the diffuser. An enhanced Drag Reduction System introduced in Japan improved the car’s qualifying pace, giving Vettel a useful margin in his championship battle with Ferrari’s Fernando Alonso.