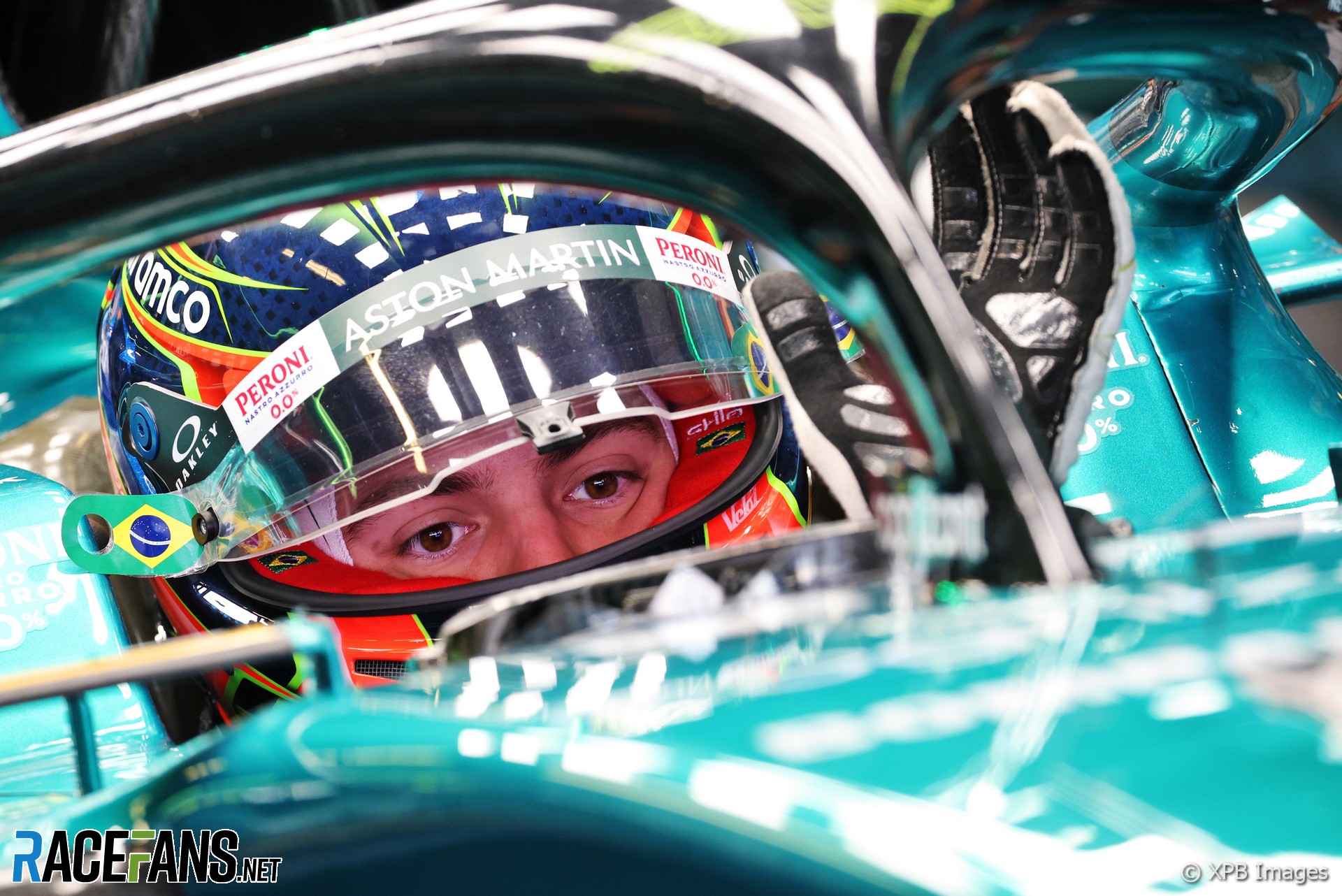 In the round-up: Formula 2 champion and Aston Martin junior driver Felipe Drugovich says he is looking to race in any series that is on a level higher than F2 in 2023.

Formula 2 champion and Aston Martin junior driver Felipe Drugovich says he is looking to race in any series that is on a level higher than F2 in 2023.

FIA rules forbid Drugovich from competing in F2 for 2023 as champion. He was signed by Aston Martin to be the first driver of their new driver development programme and will undertake a test programme in 2023 and attend a number of races with the team.

While Drugovich has not confirmed any racing plans for next season. However, he says he is only interested in racing in categories above F2, such as racing Hypercars in the World Endurance Championship.

“I’m just hoping I can race something professionally,” Drugovich said. “Also something that doesn’t really clash so much with Formula 1. So it has to be a programme that doesn’t take so many days from my year.

“Anything over Formula 2, I’ll be looking at. So it could be Hypercar or Super Formula or anything. I just don’t know yet what it is.”

Zane Maloney has been named the FIA Rookie of the Year for 2022. Maloney, who placed second in this year’s FIA Formula 3 championship in his first year in the category, received the annual award presented to an outstanding rookie in any FIA-sanctioned series at yesterday’s FIA prizegiving gala.

The 19-year-old took three race wins, two poles and four podium finishes across the 2022 season. He was also given the opportunity to race the final round of the Formula 2 season in Abu Dhabi with Trident.

Gran Turismo 7 was named the Best Sports/Racing Game of 2022 at The Game Awards during the annual event in Los Angeles attended by the most prominent figures in the games industry.

The PlayStation exclusive game beat out fellow racing game nominee F1 22, sports titles FIFA 23 and NBA 2k23 and cartoonish skateboarding game Olli Olli World to win the category, judged by a fellowship of international games journalists. No simracing team or driver was nominated for any of the esports categories.

Abu Dhabi GP: The story behind my weekend (Nicholas Latifi)

"At the end of the debrief, there was a surprise when most of the team came into the engineering office to present me with a signed rear-wing endplate from the Hungarian GP car that I drove to my first points in F1. It’s very cool!"

"This is a unique opportunity to get hold of the car of twice F1 world champion Max Verstappen, given to him by Honda. The driver who continues to break record after record, putting him among the greatest Formula One drivers of all time."

"The 2022 FIA President’s Awards were given to the Royal Automobile Club of Jordan for its photovoltaic station, Mobilité Club France for its mobisenior.fr website, and Motorsport Australia for its Racing Together initiative. The FIA President also decided to give a Special Award to the Fédération Automobile d’Ukraine for its Intensive Emergency Training for Internally Displaced Female Drivers. They will all receive up to €10,000 of financial or in-kind contribution from the FIA to support the implementation of their projects."

"Sitting third in the championship, 19-year-old Iranian racer Bari Boroumand has helped lead McLaren Shadow's fight for the 2022 F1 Esports Series Pro Championship title, with a victory and five podiums in total. Ahead of the season finale on 14 - 16 December, we grabbed Bari on a day in the Shadow Studio and got to know him a little better over a lap of one of his favourite circuits, Zandvoort."

"News Corp understands Supercars immediately got in touch with Ricciardo’s management after his move to Red Bull was confirmed to discuss possible appearances at various events next season. Ricciardo has publicly stated he wants to take a step back from Formula 1 next year and recently voiced his desire to ride a motorbike across the United States, as he tiptoes into a 12-month racing sabbatical."

"It’s fair to say the IndyCar Series has made incremental gains in attracting new and younger fans in recent years, but there’s no denying a significant challenge remains in establishing IndyCar as something other than grandma and grandpa’s favorite racing show."

Brackley squad. ❤️ We are so proud of every single person in our Team. You continued to push and never gave up. We simply couldn’t do it without you. 👏 pic.twitter.com/t74nNXBBVM

How great is the power of dreams? We will find out together on Tuesday, 13 December.#Ferrari pic.twitter.com/7RzdxEgoct

His reactions to pole position in Brazil and Kev’s karting tips!

It’s all in our second part of Ask Kevin 🇩🇰#HaasF1 pic.twitter.com/aUaogSIn2y

I guess it's a test piece to see if a printed resin part could be strengthened with carbon.
This was a common Jordan trick used on suspension elements and gearboxes.
The rear of the pedal face is backed with carbon, plus machined flat sections of carbon are added to the bottom. pic.twitter.com/Sp4G1zqi8Q

I’m terribly sad to hear about the passing of Syd “Silverstone” Herbert. #SilverstoneSyd. Had the pleasure to see him not long ago. Many is the time that he dug me out of a gravel trap in the early 90s with a grin & a sarcastic comment. He was no bullshit but a good man. #RIPSyd

Formula 1 is setting up an F1 Academy in a bid to provide more opportunities for young women in motorsport develop their skills in a sport where funding limits opportunities. Reader @alianora-la-canta recognises the complex realities facing racing drivers who are women.

Exclude girls from sport by treating them worse (which especially extends to funding), and they don’t develop their talents fully as women. There’s a reason there’s been a big improvement in women’s football in the last 3 years following a significant (but still a drop in the ocean compared to men’s football investment levels) increase in funding.

The what-ifs don’t work when we already know that for this generation, women were denied the opportunity to meaningfully compete on merit against men (most likely due to finances).

I don’t think F1 Academy is likely to be any more successful than W Series because both miss the actual problem – they treat women as important as an accessory to men’s sport instead of doing it as an integral part of a combined sport and showing their worth in and of themselves. I did an equation and worked out that W Series would probably have been better off funding 4-6 cars in British F4 and providing the support structures W Series had (feasible with the money said to have been budgeted) and doing a documentary/TV series to garner media interest.
Alianora La Canta 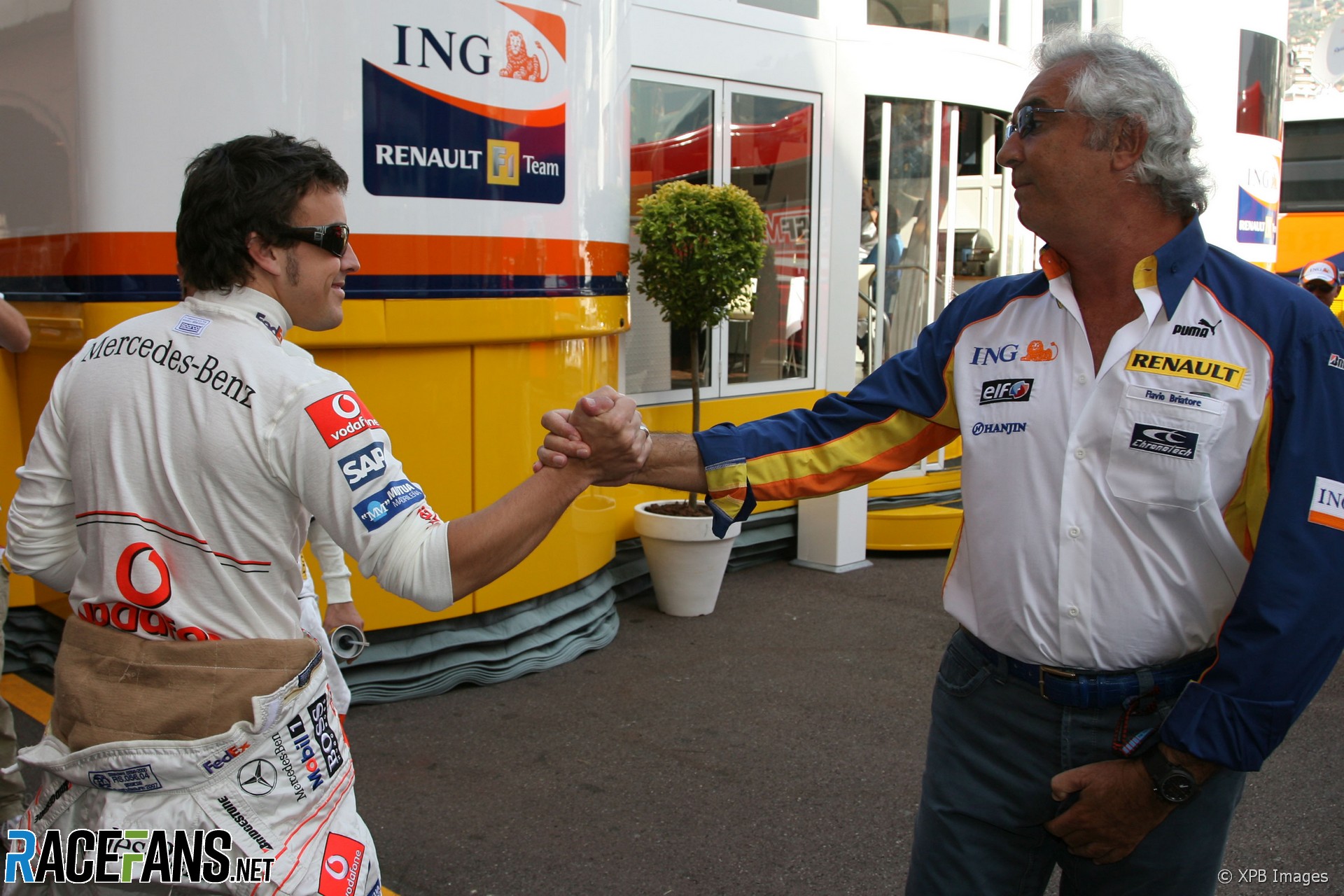 Get the best of our motorsport coverage after every F1 race in your inbox – sign up for the free RaceFans email Newsletter: