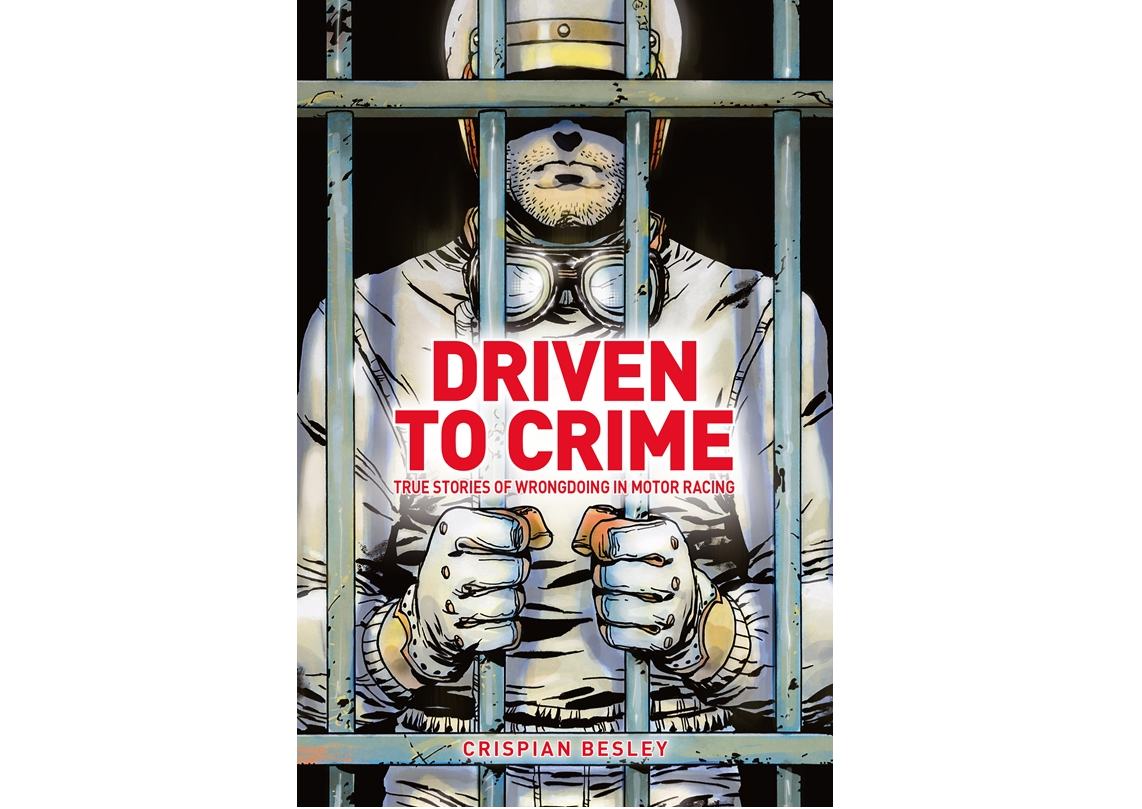 I’ll get the joke out of the way first – no, ‘Driven to Crime’ isn’t the first of a 3,000 volume set detailing the history of criminality connected to motorsport. Instead, this book is a whistle stop tour of some of motorsport’s more infamous characters who also found themselves on the wrong side of the law.

First-time author Crispian Besley has both the motorsport pedigree – having spent several decades racing immaculately prepared Formula Juniors – and a career at the top of the finance industry, which is perfectly for succinctly summarising some of the financial crimes covered.

Split into sixty-six chapters, each focusing on an individual, all the usual suspects are to be found, together with a few lesser-known stories. I can’t think of any prior publication that links former FIA president Jean-Marie Balestre and infamous Brands Hatch trespasser Jack Cottle (who, in mitigation, never got the credit for staying within track limits during his illicit intrusion onto a live race track).

For a relatively recent fan of the sport, ‘Driven to Crime’ is a treasure trove, unearthing characters and news items that have been quietly forgotten. Those involved in the sport for longer will still find plenty to enjoy – for example Bernie Ecclestone quietly manoeuvring to ensure Pablo Escobar-connected rookie Ricardo Londono didn’t get an F1 superlicence (although one could argue the Medellin Cartel were just a friendlier and less ruthless forerunner to F1 junior teams).

Besley’s writing brings two great qualities. Firstly, his ability to clearly and succinctly explain some highly-complex financial crimes means that would could easily be impenetrable passages are highly readable. Secondly, the nuance to his tone allows him to say a lot while objectively reporting the facts.

For those that strayed the wrong side of the law solely in order to advance legitimate motorsport activity, and without causing direct harm, there is a often comprehension that stops just short of empathy. Meanwhile utter disdain is shown to anyone who caused misery and hardship in order to fund their racing. The list of credits is also revealing in identifying which of the subjects provided direct support to the author, and generally these are the strongest sections allowing for a more rounded discussion.

Of course, there are then the omissions. Anyone who has spent time in a motorsport paddock would almost certainly be able to provide at least ten names that could be included – personally I can think of two where legal proceedings have been concluded that would have fitted well. In part this is because Besley has gone after the story, rather than the name. Sadly, my personal favourite story will never appear in print – although I’ve heard it consistently from several sources, it just won’t stand up.

The £40 price tag may put some off, but at over 500 pages at Evro quality it is well worth the money and would make a great Christmas present for a motorsport fan who wants to get off the driver biography treadmill.

Driven to Crime: True Stories of Wrongdoing in Motor Racing

6 comments on ““Driven to Crime: True Stories of Wrongdoing in Motor Racing” reviewed”