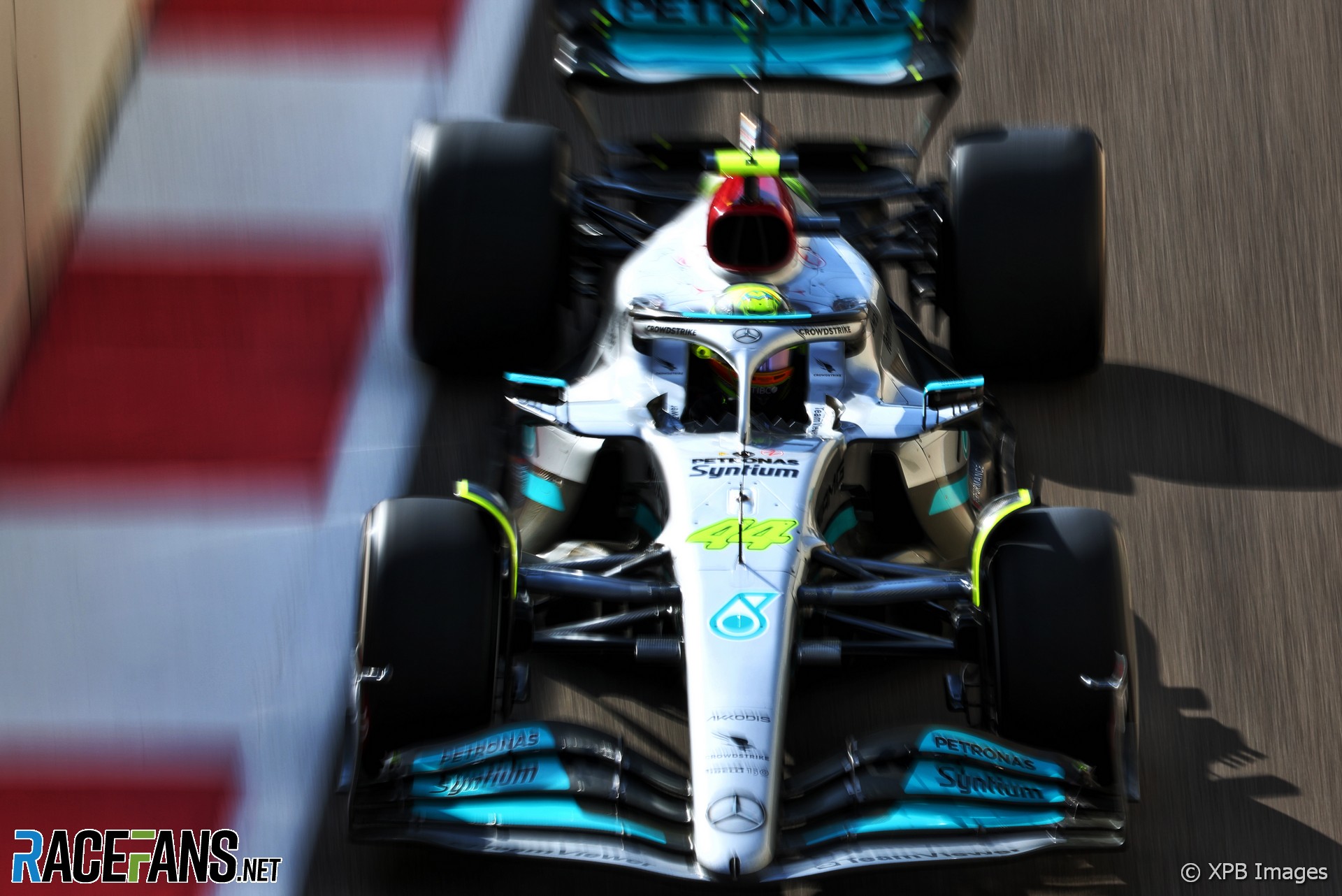 Lewis Hamilton faces an investigation ahead of qualifying today over whether he failed to slow sufficiently in response to a red flag during final practice for the Abu Dhabi Grand Prix.

Lando Norris alerted his team on the radio to Hamilton’s actions after the red flag was displayed. “Hamilton overtook, the Haas as well, under the red flag,”

The session was red-flagged as Hamilton began a ‘push’ lap on a set of soft tyres. He came across Norris, who was on a cool-down lap, as he rounded turn four and passed Magnussen as he approached turn five.

Around the same time Hamilton was told “red flag, red flag, no overtaking” by his race engineer Peter Bonnington. “So get yourself back behind Magnussen,” he added.

Hamilton was also reminded to “keep delta positive” – by adhering to the minimum lap time drivers must follow to ensure they do not drive too quickly during red flag periods. “So just stay on that delta,” Bonnington added.

The stewards have summoned Hamilton to meet them at 4pm local time. They are investigating whether he breached article 2.5.4.1 (b) of Appendix H of the International Sporting Code. This states that when a red flag is shown “during practice, all cars shall immediately reduce speed and proceed slowly back to their respective pits.”

The session was red-flagged in order to allow marshals to retrieve a piece of debris at turn nine. The front-right wheel shroud came off Pierre Gasly’s AlphaTauri.

This flag should be waved at the start line when it has been decided to stop a practice session or the race. Simultaneously, each marshal post around the circuit should also wave a red flag.
When the signal to stop is given:

1) during practice, all cars shall immediately reduce speed and proceed slowly back to their respective pits;

2) during a race, all cars shall immediately reduce speed and proceed slowly to the red flag line ((*) see the note at the end of point b));

3) overtaking is forbidden and drivers should remember that race and service vehicles may be on the track, the circuit may be totally blocked because of an accident and weather conditions may have made the circuit undriveable at racing speed;

4) if the race is stopped, drivers should remember that speeding is pointless because:

– the classification of the race or the order of the re-starting grid will be established from a point prior to the red flag being shown and according to the regulations of the competition;

– the pit lane exit will be closed.

All cars shall stop in order before the red flag line(*) until informed whether the race is to be resumed or ended and given the appropriate directions by marshals according to the regulations of the competition.

The red flag may also be used by the Clerk of the Course or his nominee to close the circuit (see Article 2.1.4).

(*): Red flag line: a continuous, 20 cm wide line should be marked with non-skid paint, crossing the track from side to side, at right angles to the track centreline, at the point behind which all cars must stop if a race is stopped or suspended, where they can be conveniently attended to and formed into a starting grid from which the safety car will lead them off if the race is resumed.