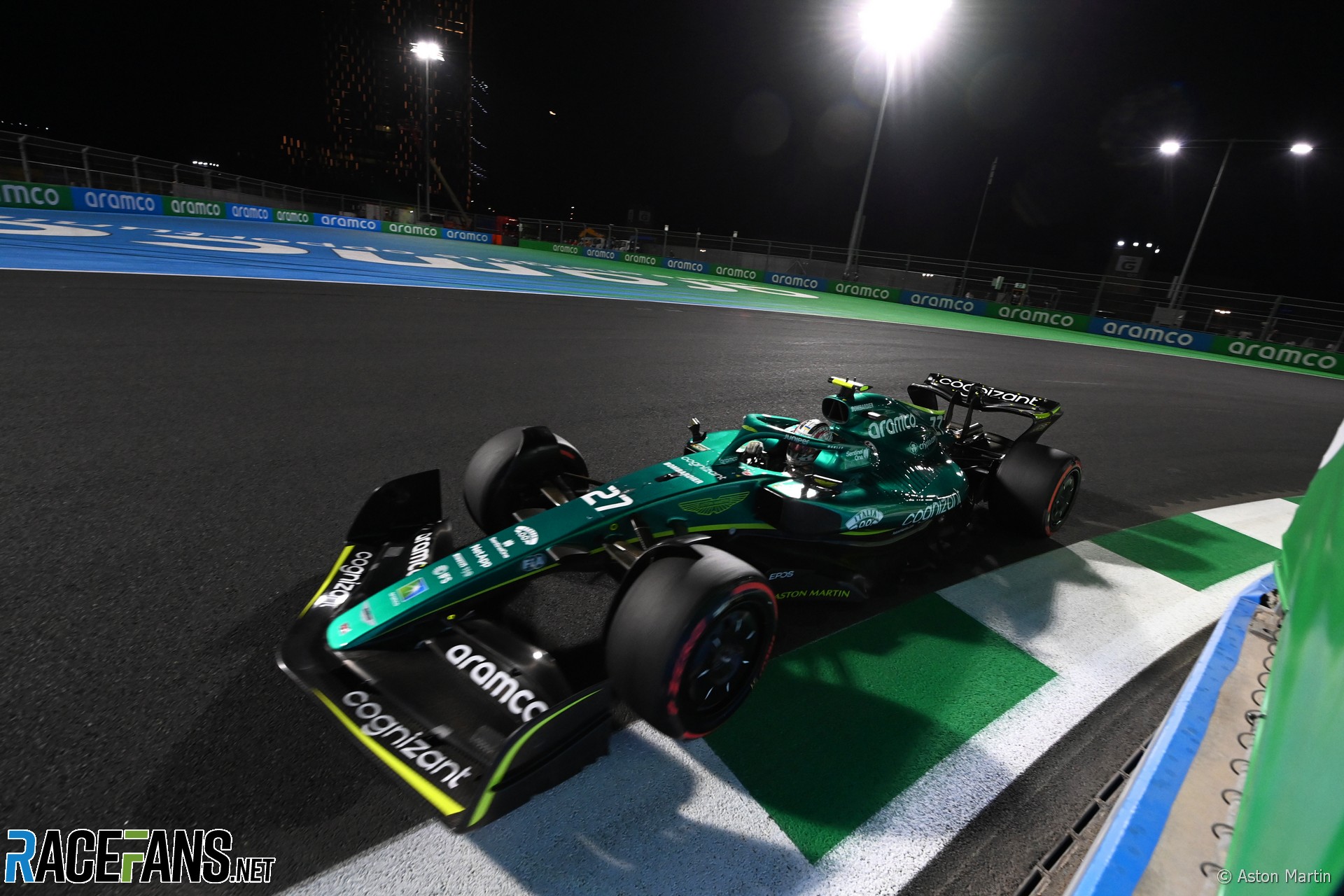 Nico Hulkenberg’s recent Formula 1 race appearances for Aston Martin demonstrated the kind of skills that have led to Haas signing him for a full-time return in 2023.

The 35-year-old, who will replace Mick Schumacher in Haas’s line-up next year, has been reserve driver for Aston Martin (previously Racing Point and Force India) since losing his race seat at Renault for the 2020 season. During that time he has been called up on five occasions by the squad to race in place of one of its regular drivers.

He only started races on four of those occasions, as power unit trouble prevented him starting one of those races. However he finished in the top eight in both as well as qualifying third for the 70th Anniversary Grand Prix at Silverstone. This year he returned to the cockpit for the first two races of the season as a substitute for Sebastian Vettel.

Tom McCullough, Aston Martin’s performance director, said Hulkenberg took “not very long at all” to get back into the rhythm of being an F1 driver on both occasions.

“He was thrown right into the deep end at a time that we were scratching our heads a bit with the car [this year]. He turned up in Bahrain, just straight into FP1, not a lot of time, seat-fit compromises, straight in there.

“He’s a very talented, naturally gifted driver. You put him in a qualifying and a race situation and ask him to go extract the most out of a car, he’s pretty good at doing that, whatever he drives and has driven over the years.”

Hulkenberg’s most recent appearance for the team came at the high-speed Jeddah Corniche Circuit.

“I think going to Jeddah was an interesting track. [He’d] never driven at it before, especially at that time we were still struggling a bit with the porpoising, and you’ve got some grip-limited corners at 280kph with the wall either side of you.

“I think his eyes were on springs a bit. But he’s a class act, he’s very talented, he’s got solid experience and that helps him jump in a car and drive quickly.”

McCullough previously worked at Williams at a time when the team was backing Hulkenberg’s junior single-seater career, and he first got to work with the German during his first F1 tests. That then led to him being his race engineer once he was promoted to a race seat in 2010 after winning the GP2 title.

“One thing he’s always been able to do is drive very quickly right to the peak of rear slip angle, really natural car control whether it’s in the wet, low-grip, straight away he can go to where the grip is,” added McCullough.

Hulkenberg’s debut season with Williams in 2010 was the last for Bridgestone as F1’s official tyre supplier. The subsequent arrival of Pirelli proved a challenging adjustment for Hulkenberg to make, says McCullough.

“Over the years he learnt how to get on top of the Pirelli tyres, which I think frustrated him a bit at the start. He’s a driver who just wants to drive fast, so you spend half your time trying to slow him down.

“In the earlier, higher-degradation era of the Pirelli tyres, he had to get on top of that. and I think working alongside Checo [Sergio Perez], the two of them helped each other I think with strengths and weaknesses.

“He, with experience, learned how to handle race weekends well. When he stepped back in our car in particular in 2020, having never driven it, and you put him at somewhere like Silverstone which has got low, medium, high-speed corners and he qualifies up at the front, he’s just a class act, a really solid driver.”