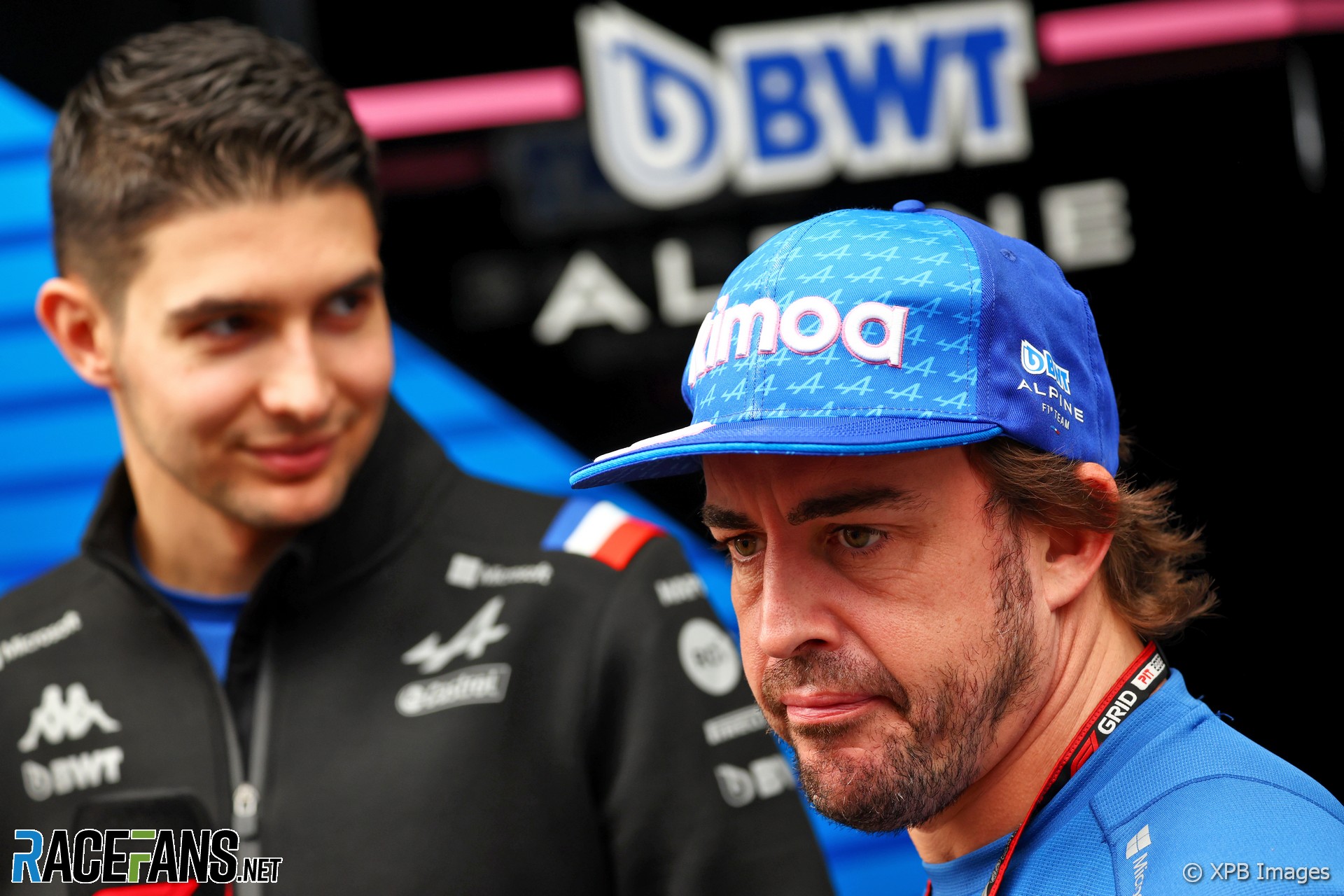 The stewards ruled Fernando Alonso was “wholly” to blame for a collision with his team mate during the Brazilian Grand Prix sprint race.

Alonso was involved in two separate incidents with fellow Alpine driver Esteban Ocon at the start of the sprint race.

The first occured after the two drivers ran side-by-side through the first three corners after the start. Ocon approached Descida do Lago, turn four, on the inside, while Alonso approached on the opposite side. They met at the exit of the corner and Alonso found himself without enough room to stay on the track, running wide. The stewards concerned the incident but concluded no investigation was needed.

At the end of the lap Alonso attempted to pass Ocon on the outside at turn 15, where the drivers rejoin the starting grid. As he pulled towards the outside of the fast left-hander the pair made contact again. Alonso’s front wing broke as it touched his team mate’s car, forcing him into the pits for repair.

After examining video footage of that incident and speaking to both drivers and their team, the stewards held Alonso entirely responsible for the clash.

“Alonso started a pass on car 31 [Ocon] at turn 15,” the stewards explained. “The team noted that Ocon was unusually slow because of the aero damage due to the incident at turn four, however the stewards
determined via telemetry that Ocon was at similar speeds to other cars at the same point on the track that were not in a tow.

“Alonso, however, was significantly faster as he had the tow, and – as he admitted in the hearing – slightly misjudged the time to pull out and struck Ocon from behind, his front wing striking Ocon’s rear tyre. The stewards found that Alonso was wholly at fault for the collision, which at those speeds
and at that location on the track was dangerous.”

Alonso’s five-second time penalty means he will fall from 15th place to 18th in the final classification. He is therefore set to start tomorrow’s grand prix from that position, alongside Ocon in 17th.

The two penalty points handed down by the stewards put Alonso on a total of six for the current 12-month period, halfway towards a one-race ban.

Alpine team principal Otmar Szafnauer criticised both drivers for their incidents, saying they had “let the team down”.