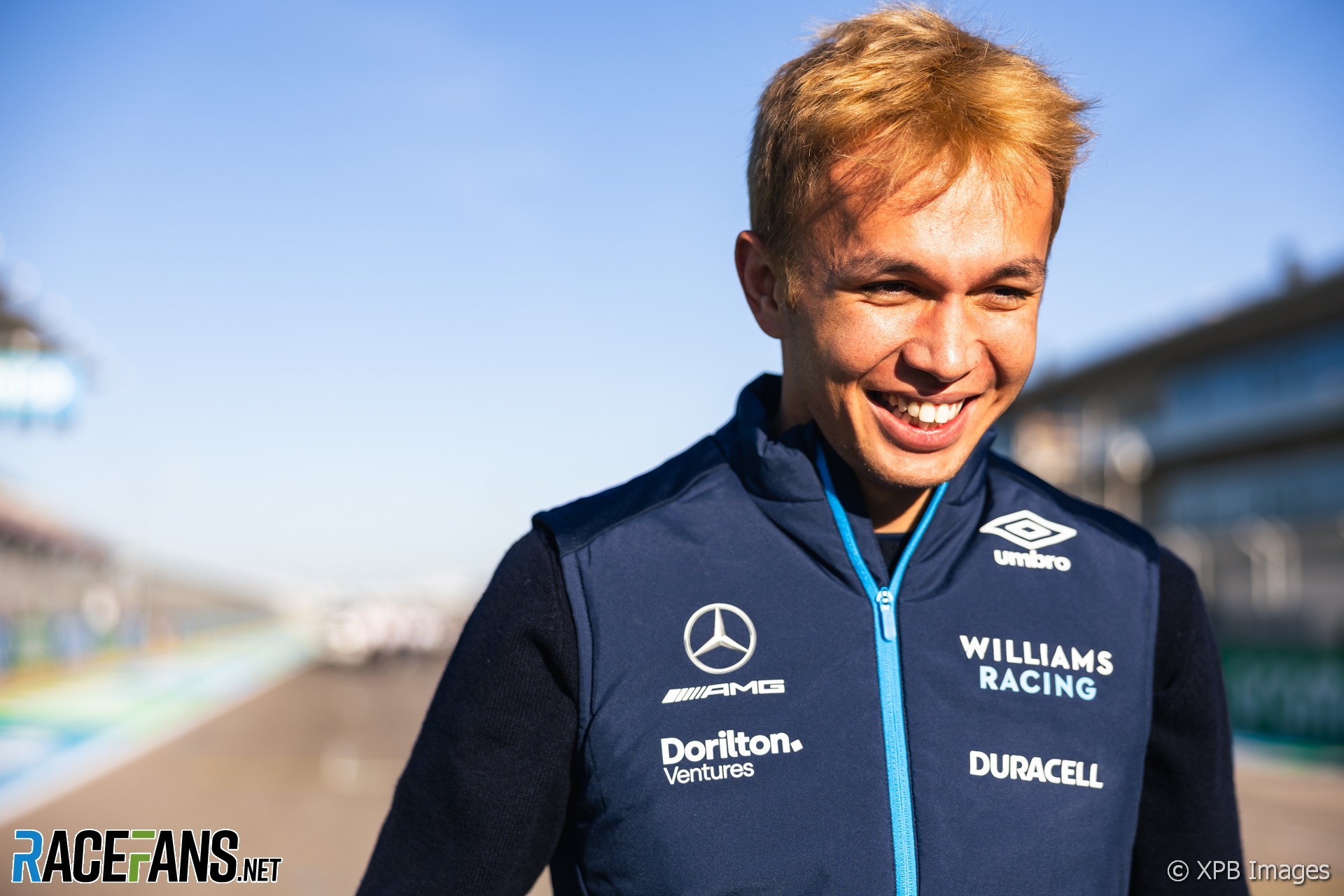 Alexander Albon described how he has regained the confidence he lost during his unsuccessful stint at Red Bull in 2020.

The Williams driver made a successful return to the F1 grid this year, earning a multi-year contract extension with his new team.

Albon joined the F1 grid in 2019 with Red Bull’s second team Toro Rosso (now known as AlphaTauri) and was promoted to its main squad halfway through his rookie season. He remained in the team’s line-up for 2020 but struggled to perform against team mate Max Verstappen.

Red Bull demoted Albon to a reserve driver role in 2021 as well as placing him in Germany’s DTM series for GT3 sportscars in an AlphaTauri-branded team. In September that year he secured an F1 return with Williams for 2022, while retaining a link to Red Bull.

In the second half of his comeback campaign, Albon then signed a deal that secured a long-term future in F1 as a Williams driver. That, Albon recently revealed, was ultimately the goal of his 2022 season.

“Truthfully, the main thing I wanted, when I got back into F1, was to stay in F1,” Albon said. “That sounds like a very silly thing to say, but it is true.

“You have a one-year contract, there’s no guarantee [of another]. And that box has been firmly ticked, let’s say.”

He said he has restored his self-confidence after his year-and-a-half at Red Bull. “In terms of myself, in terms of driving and getting that confidence back behind the wheel, basically getting into the rhythm of the car and feeling like I’m in control on the limit, I really do feel like I’ve got that bit back,” he said.

“It was something which I kind of lost a little bit towards the end of that 2020 season. When you’re driving a DTM car, it’s a completely different thing. You can’t really gauge where you’re at.

“Now I really do feel like I’m driving well. And a lot of that is down to confidence in the car, and that again is something which I feel like I’ve ticked.”

With two races left of the season, Albon currently sits 19th in the championship standings and has three points finishes to his name, contributing half of Williams’ total points tally from the year.

“I do feel like I’ve done a good job this year and I feel like I proved myself to what I know I can do,” he said. “Of course I still want to push on and still do good results and impress and show the team what I can do.

“But for this year, having the year out, and all things considered, I feel like it’s been a positive year. I feel like this has maybe even gone better than I expected it to.”