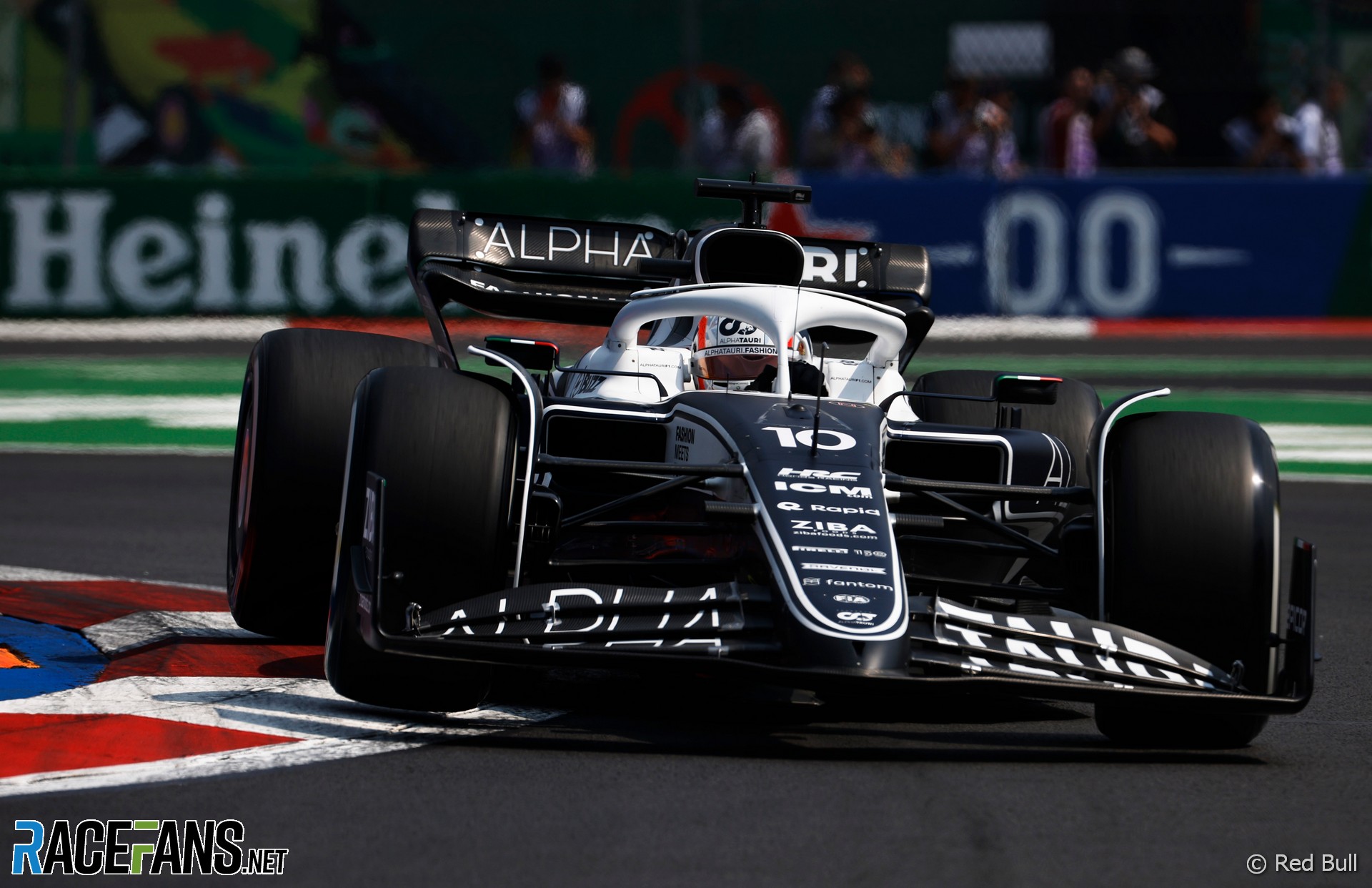 Pierre Gasly is in danger of collecting a one-race ban after being penalised for the third race in a row in the Mexican Grand Prix.

The AlphaTauri driver was given a five-second time penalty for forcing Lance Stroll off the track while overtaking the Aston Martin driver for 15th place on lap 13. He was also given one penalty point on his licence.

Any driver who reaches a total of 12 penalty points within a 12-month period receives an automatic ban. Points remain on a driver’s licence for 12 months, so Gasly will not have any penalty points deducted until May 22nd, 2023.

He will therefore have to start nine races with at least 10 points on his licence. That will run into the start of the 2023 F1 season, when he moves to Alpine.

Gasly learned of his penalty point from RaceFans when speaking to media after the race at Autodromo Hermanos Rodriguez. He questioned why he hadn’t been told to relinquish the position to Stroll.

“I’m a racing driver,” he said. “If I see a gap, I go for a gap. If you’re not happy about it just tell me to give me the position back and I’ll try again. There wasn’t any comments. That’s a shame.”

Gasly said he did consider giving the position back to Stroll. “[They] just need to say it in the radio. That’s what they have done in the past. For some reason not this time.”

“I’ll have to change my approach because every weekend it seems to be quite the same thing,” he added.

He confirmed his team did not advice him to let Stroll past again. “I don’t think the FIA told them to give the position back otherwise they would have said it.

“But I’m a racing driver, if I see a gap I will always go for it and if it’s tight and they are not happy they just need to press one button and say to the team.

“They seem to be quite harsh lately. Last weekend half the grid was giving too much space behind Safety Car, I was penalised. This weekend I think it was quite tight and I don’t know why I wasn’t given a message to give the position back. But at the end of the day I try my best inside the car, the last thing I want is to stupid penalty points and to lose race time.

“Apparently at the moment they are unhappy with what I am doing so I will have a discussion with them to understand exactly what I’ve got to change.”