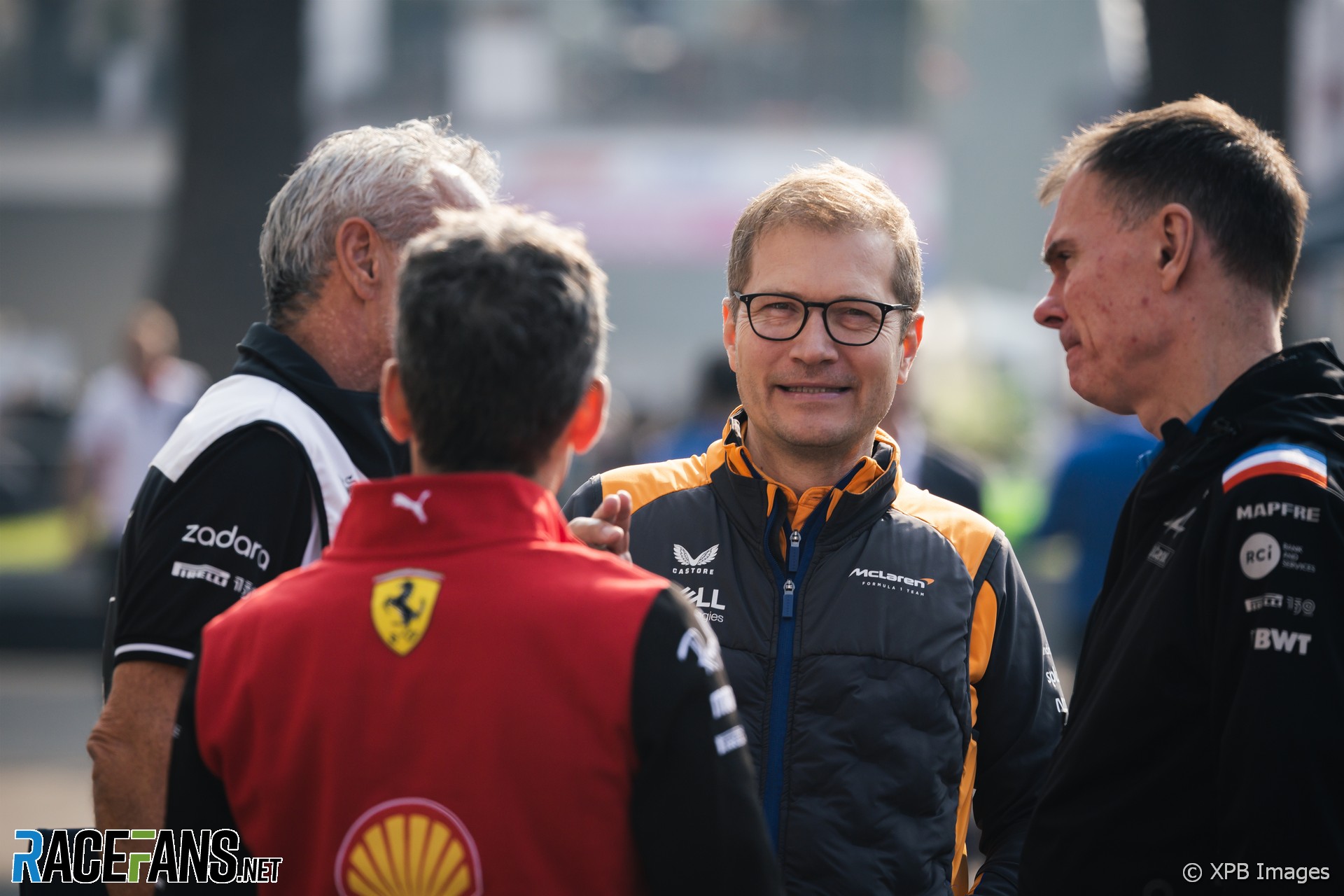 The sport’s governing body confirmed on Friday the details of Red Bull’s penalty for its breach of the Financial Regulations, including an overspend of more than £1.8 million. Red Bull was fined $7m (£6m) and had its aerodynamic testing allocation for 2023 cut by 10%.

Seidl praised the thoroughness of the FIA’s work in analysing the expenditure of all 10 Formula 1 teams. However he believes Red Bull’s sanction is too lenient.

“In the end, on the positive side, I think it’s good to see that actually the FIA did a good job in terms of doing the audit where nine teams got it right and where it was confirmed that one team was clearly in breach,” he told Sky. “So that’s a positive outcome.

“But on the negative side it’s also clear that, from my point of view, the penalty clearly doesn’t fit the breach. I just hope that moving forward we’ll have stricter penalties in place.”

Red Bull team principal Christian Horner repeatedly described the team’s penalty as “draconian” in a 50-minute press conference with media including RaceFans after the FIA announced its decision. He detailed his reasons for Red Bull’s overspend at length, but Seidl said he wasn’t interested in his explanation.

“No I didn’t listen to it because I can imagine it was another fairy-tale hour, probably,” he said. “No, not really interested in that.”

Teams have “absolutely no reason to be in breach this year” following the first experience of making their cost cap submissions, he added. “I just hope if there’s any breach again this year that as I said before then it also ends up being appropriate penalties.”

However Alpine team principal Otmar Szafnauer believes the FIA’s penalty for Red Bull was appropriate. “They were marginally over from what I could tell by reading all the releases and listening to Christian,” he told Sky.

“But over is over. From a half kilogram underweight on-track we were excluded from a particular race.

“But I believe the punishment’s a good one, that the process was followed. I’m happy that both the FIA and Red Bull have come to their conclusion and they’re happy to move forward and so are we.”