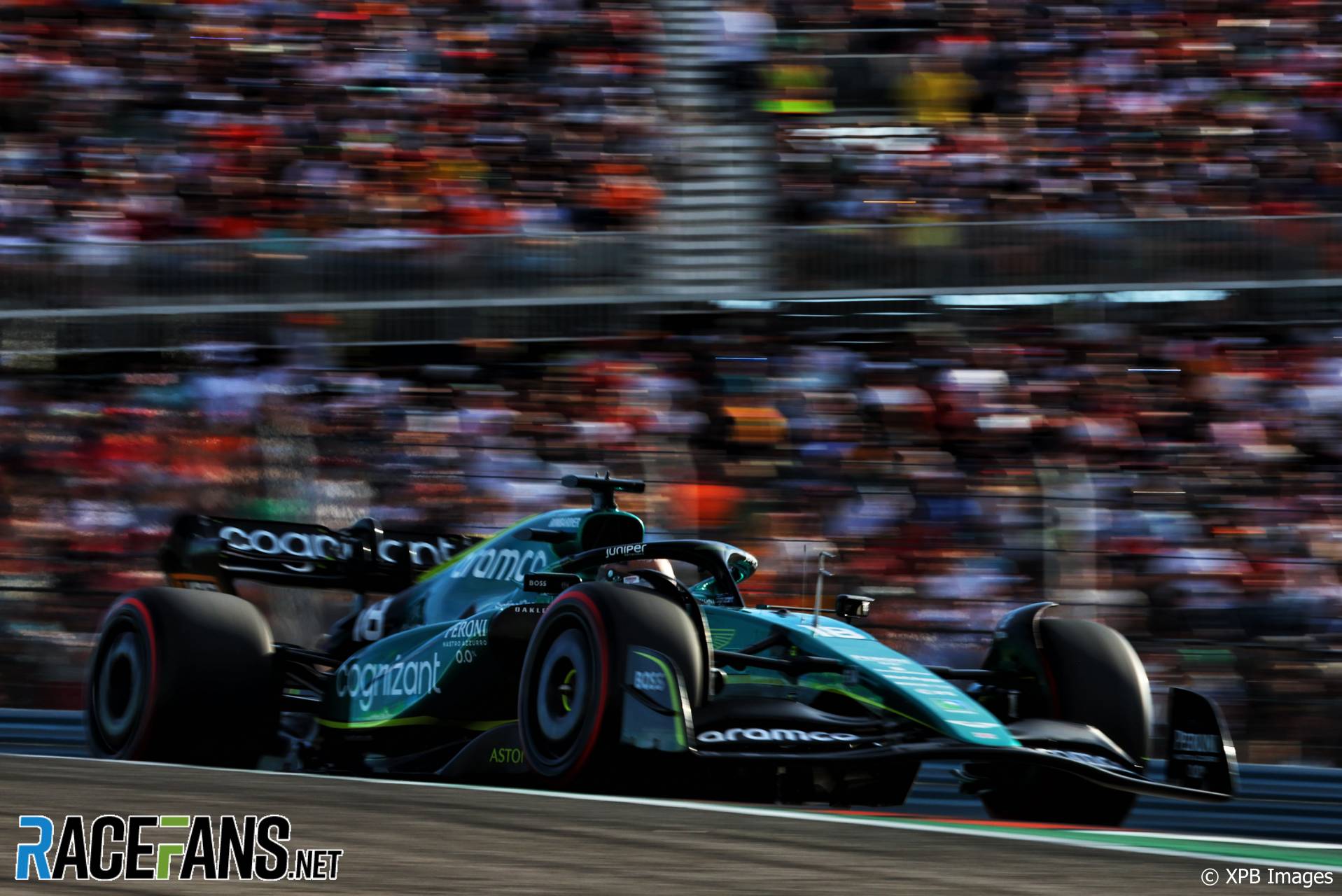 Lance Stroll said he left Fernando Alonso enough toom to avoid a collision when the pair made contact during the United States Grand Prix, triggering a spectacular crash.

Alonso hit Stroll’s left-rear which launched his Alpine into the air. He landed and struck a barrier but was able to continue.

Stroll’s race came to an end, however, as he spun to a stop in the middle of the track where other cars dodged around him, fortunately without striking his car. The Aston Martin driver said it was a disappointing end to his race which had begun promisingly.

“It was a good start to the race,” he said. “Everything was feeling good in the car.

“We were in a good position in third and then the contact with Fernando was a shame. It was close wheel-to-wheel racing and unfortunately just made contact.”

Alonso was closing on Stroll at the exit of turn 11 when the race restarted following the first Safety Car period. As the Alpine moved left to overtake, Stroll went the same way, and the two collided.

“I definitely moved late,” Stroll admitted, “but there was a big difference in speed. I was judging more or less kind of thinking where he was behind me.”

The stewards are investigating the collision between the two. Stroll believes Alonso could have done more to avoid the crash.

“It’s not like I hit him on the side of his car, the impact was still his front wing to the rear of my car,” he said. “And I gave him plenty of room on the left of the track.

“It’s not like I squeezed him or anything like that against the wall. He could have moved earlier and went more to the left. He didn’t have to get too close to me either. So there’s a lot of different ways they could look at the incident.”

Although the tangle caused a spectacular incident, Stroll said “there wasn’t actually a big impact” for him. “It was just a lot of spinning around. I didn’t hit anything hard, luckily.”