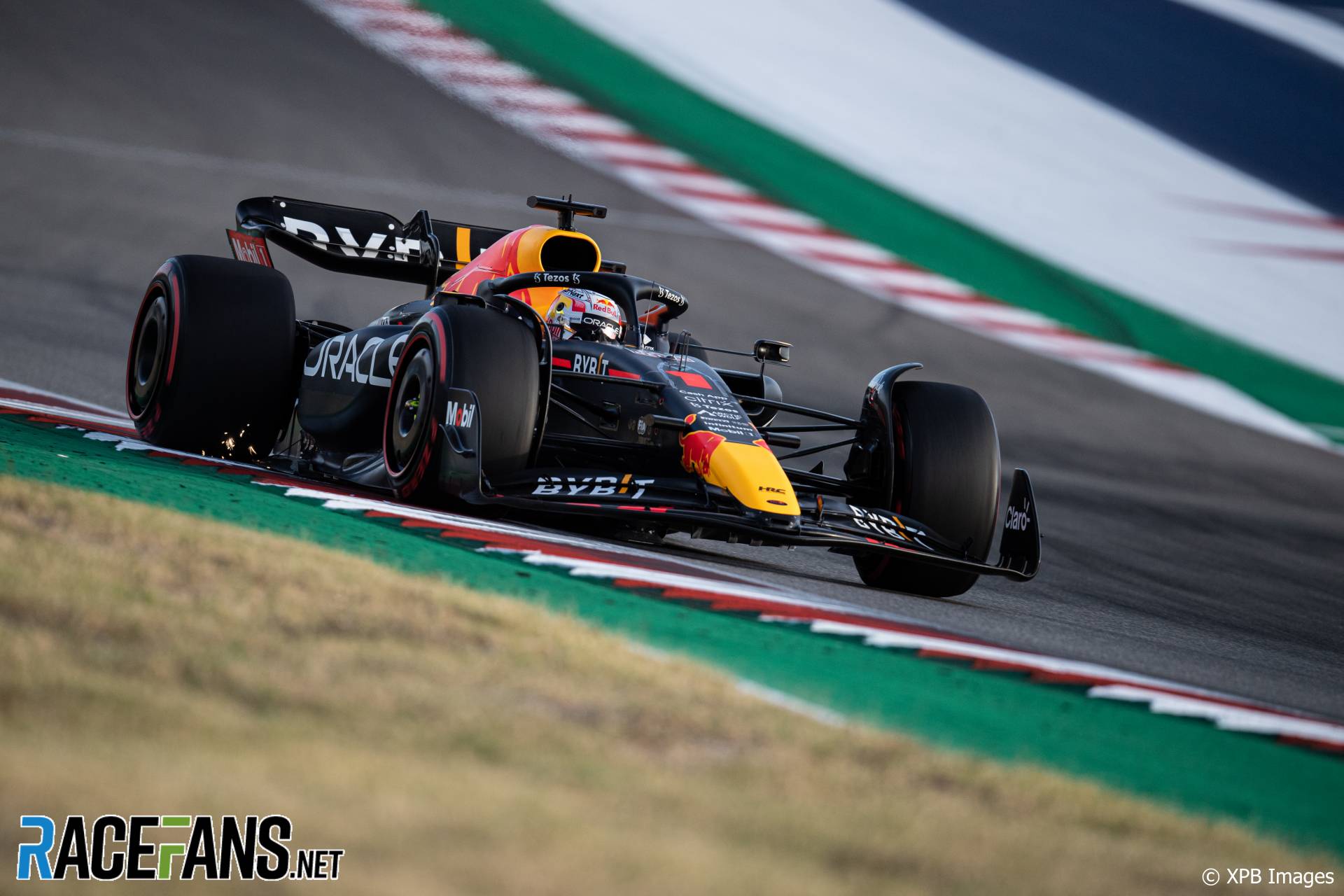 Max Verstappen has won the United States Grand Prix for Red Bull ahead of Lewis Hamilton and Charles Leclerc.

Fernando Alonso was originally issued a 30-second post-race time penalty, dropping him from seventh to 15th, but this was overturned after his team forced a review of the decision