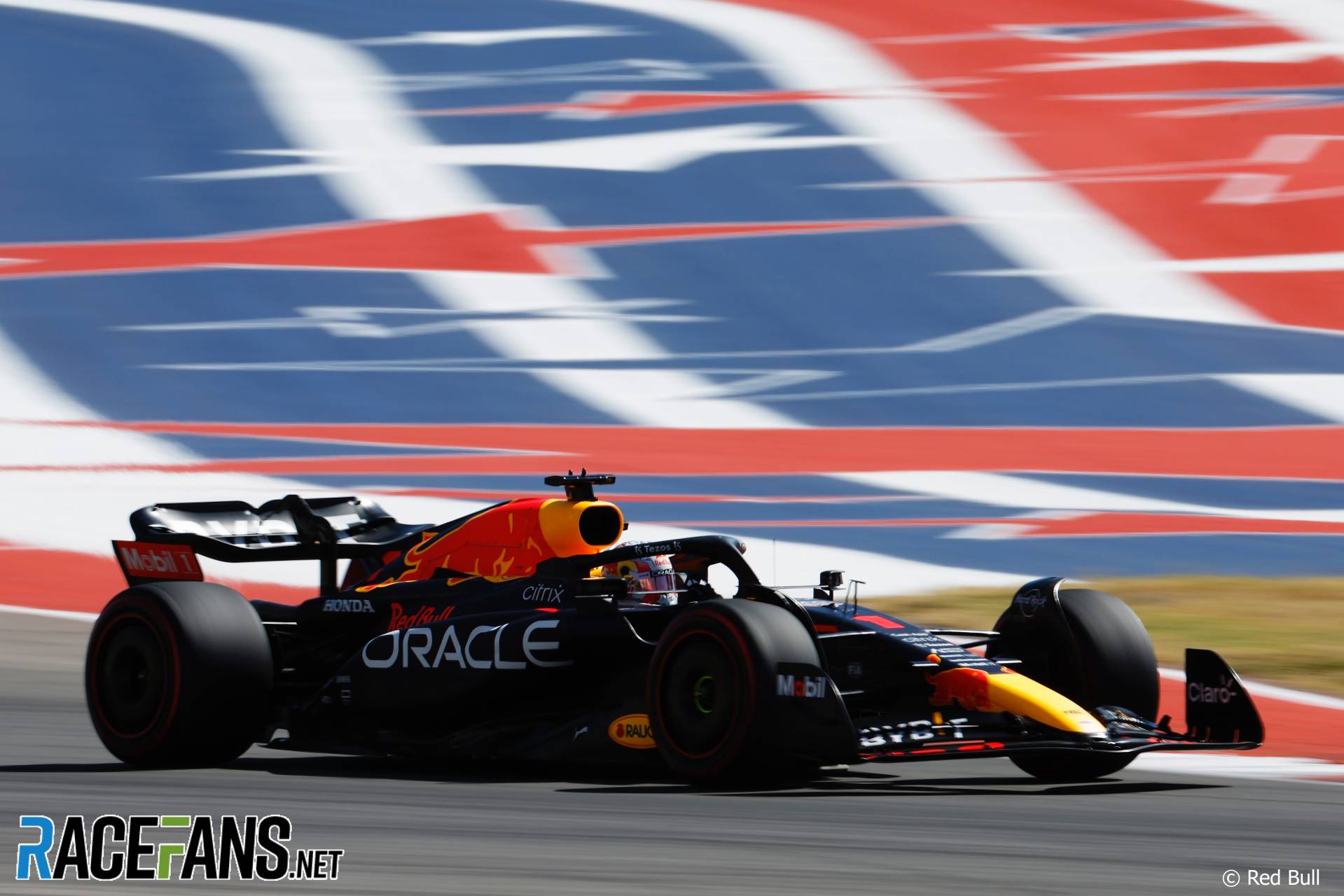 Max Verstappen was comfortably fastest in the third and final practice session for the United States Grand Prix at Circuit of the Americas.

The world champion’s fastest time of a 1’35.825 was three tenths faster than Charles Leclerc and put him four tenths ahead of Carlos Sainz Jnr. It’s a further boost for Verstappen’s hopes of claiming pole position, as news broke during the session that Leclerc will take a 10-place grid penalty after Ferrari replaced more power unit parts to his car.

Bright, sunny conditions greeted the drivers once again as the final practice session of the weekend got underway. After the second Friday session was dominated by testing of Pirelli’s prototype 2023 tyres, teams were keen to send out their cars on their 2022 tyres to dial in set-ups ahead of qualifying.

Leclerc set the early benchmark on the soft tyres with a 1’37.471, less than a tenth of a second quicker than Verstappen, who was almost a tenth faster than team mate Sergio Perez. Verstappen improved to a 1’36.706 to move into the top spot, while Leclerc also went quicker to go half a tenth slower than the Red Bull on the softs.

Mick Schumacher slowed to a sudden crawl while exiting the final corner, now known as Andretti, and was told to recover slowly to the pit lane with an apparent problem on his Haas. He successfully returned to the pits but lost significant track time as his team worked on the VF-22.

Daniel Ricciardo also experienced car problems. He reported a brake problem with his McLaren, but the issue was quickly rectified and he continued with minimal running time lost. However in the final minutes he encountered more trouble with a glazed front-left brake disc.

Around half an hour into the session, Perez moved to the top of the times with a 1’36.578, a tenth quicker than his team mate on the soft tyres. Lewis Hamilton improved his own best time to sit in second place, just two hundredths quicker than Verstappen. Leclerc was temporarily confined to the garage – Sainz was informed by his race engineer that his team mate had a problem on his Ferrari.

With 15 minutes of the session remaining, Perez, Verstappen and Leclerc all took to the track on fresh sets of soft tyres. Verstappen re-took the top spot in the standings with his flying lap of a 1’36.223, while Leclerc’s effort was exactly one hundredth of a second slower after a “messy lap” by the Ferrari driver’s own admission.

After a cool-down lap, those on new soft tyres attempted a second flyign effort. Leclerc put in a better second attempt to set the fastest lap of the session, before Verstappen went comfortably fastest with his second lap, posting a 1’35.825 to set the quickest time of the weekend and ensure he would head into qualifying as the fastest driver.

Leclerc was just over three tenths slower than Verstappen, with Sainz taking third place a further tenth behind his team mate. Perez was fourth in the second Red Bull, ahead of Hamilton, Fernando Alonso – who has also collected a grid penalty – and Russell. The two Aston Martins of Sebastian Vettel and Lance Stroll were eighth and ninth, with Pierre Gasly rounding out the top ten.