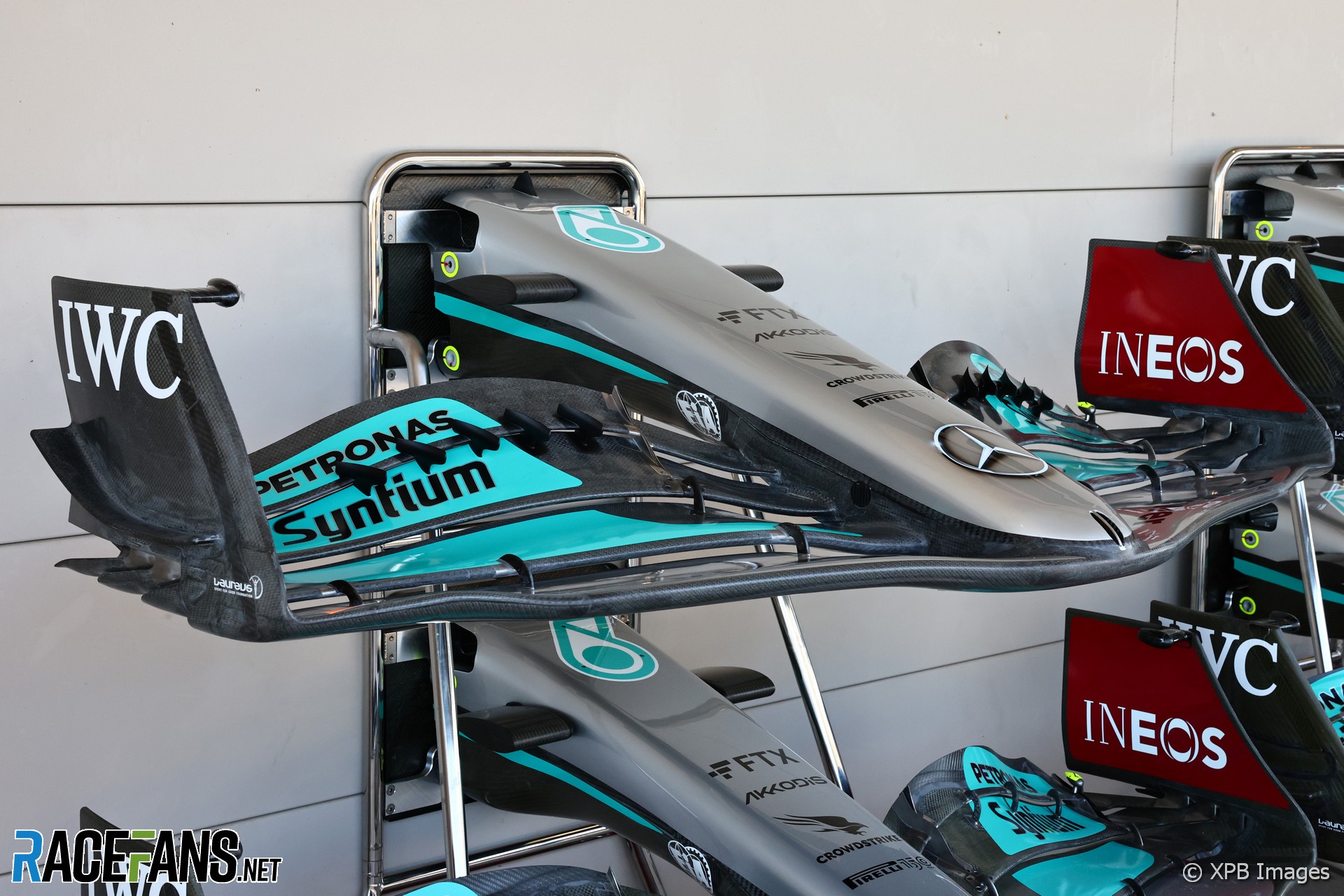 Mercedes has brought its final upgrade package of the season to this weekend’s United States Grand Prix, while only two other teams are introducing changes.

The outgoing constructors champions are striving to avoid their first win-less season since 2011. They have brought more aerodynamic changes to the front and rear of their troublesome W13, as well as changes to the floor in between which plays such an important role in dictating the performance of the current generation of F1 cars.

The changes are largely aimed at adding downforce to the car. However the teams arrives at the Circuit of the Americas knowing the bumpy Texas track could be a particular challenge for their car given the difficulties they have experienced with its ride since the season began.

The only other teams with new parts for this weekend are both involved in tight championship fights. Alpine are aiming to fend McLaren off in the battle for fourth place, while Alfa Romeo have only taken one point from the last nine races, while rivals Aston Martin have taken bites out of their lead in recent rounds. Each have brought changes to their floors.

Description: “Improves flow quality to the rear of the car which in turn increases diffuser load, whilst maintaining front of floor load.”

Description: “Increases the local load on the floor edge wing, increasing the total floor load without hurting the diffuser load.”

Difference: “Compared to the previous version of the floor, an additional winglet has been added underneath the floor edge”

Description: “Improvement of air flow to the tyre flank and diffuser area as well as some increase in local load. This update is the final revision to the floor of the season.”

Difference: “Reconfigured the geometry of the forward part of the floor and modified the side curtains”

Description: “The updated floor, with a reprofiled front geometry and modified cut-outs, will provide additional downforce and improve the car’s stability as part of our late-season range of upgrades.”