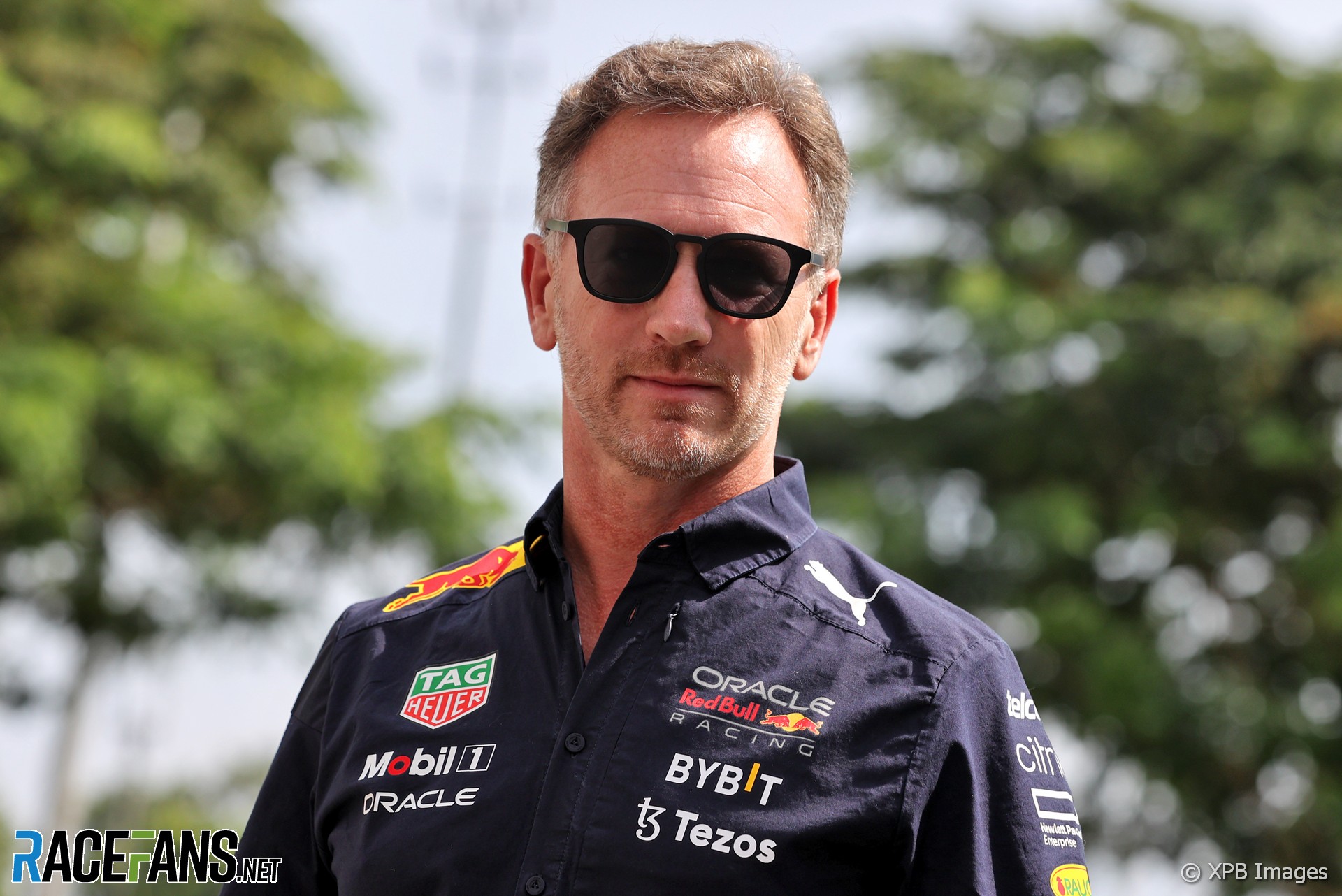 Red Bull team principal Christian Horner says his team did not exceed the limits on spending set by the FIA during the 2021 season when Max Verstappen won the world championship.

Multiple reports claim the FIA is poised to confirm Red Bull and another team exceeded the $145 million spending limit which was imposed for the first time during 2021.

However Horner said Red Bull are “certainly not aware of any” breaches of the cap.

He said the FIA will reveal its assessment of the teams’ finances next week.

“The accounts were submitted way back in March,” Horner told Sky. “So it’s been a long process with the FIA, going through and we’re in that process as we speak, so they’re rightly following that process. I think mid-next week is when they declare their certificates.

“I think that certainly our submission was below the cap and it’s down to the FIA, obviously, to follow their process, which they’re currently doing.”

“Every team, theoretically, is subjected to it so they will have looked at every team’s submitted account,” Horner added. “So they’re following a process and that conclusion date has been moved from July to September now to October but it’s a big job. It’s a lot for them to get through.”

The FIA’s Financial Regulations specify different penalties which can be handed down in the event of a minor or major breach of the spending limit. A minor breach is defined as being less than 5% over the cap.

“I think there’s always going to be rumours,” said Horner. “I’ve heard of major breaches or whatever, I’m certainly not aware of that.”

Last season was the first time teams were required to keep their spending below a set level. The FIA and the teams have had many discussions to clarify areas of the rules.

“Inevitably it’s a brand new set of regulations and a set of very complicated regulations,” said Horner. “So how rules are interpreted and applied, inevitably you’re going to be subjected between the teams. I’m sure as the years go by things will get tidied up but we’re confident in our submission and as I said the FIA are in a process.”

“You have to remember this is the first time this has ever happened,” he added. “But we do our due diligence, we get audited anyway, it’s a similar process, to that of working with an auditor. It’s slightly bespoke to Formula 1.

“Clarifications have been coming even after the submissions were made so you can see how immature the process is. But the FIA obviously been working hard on it and doing the best they can.”

Horner insisted the team is “very confident in our submission” over its 2021 spending. “Anything different to that then we’ll wait to hear from the FIA.”

26 comments on “Red Bull did not exceed budget cap in 2021, Horner insists”