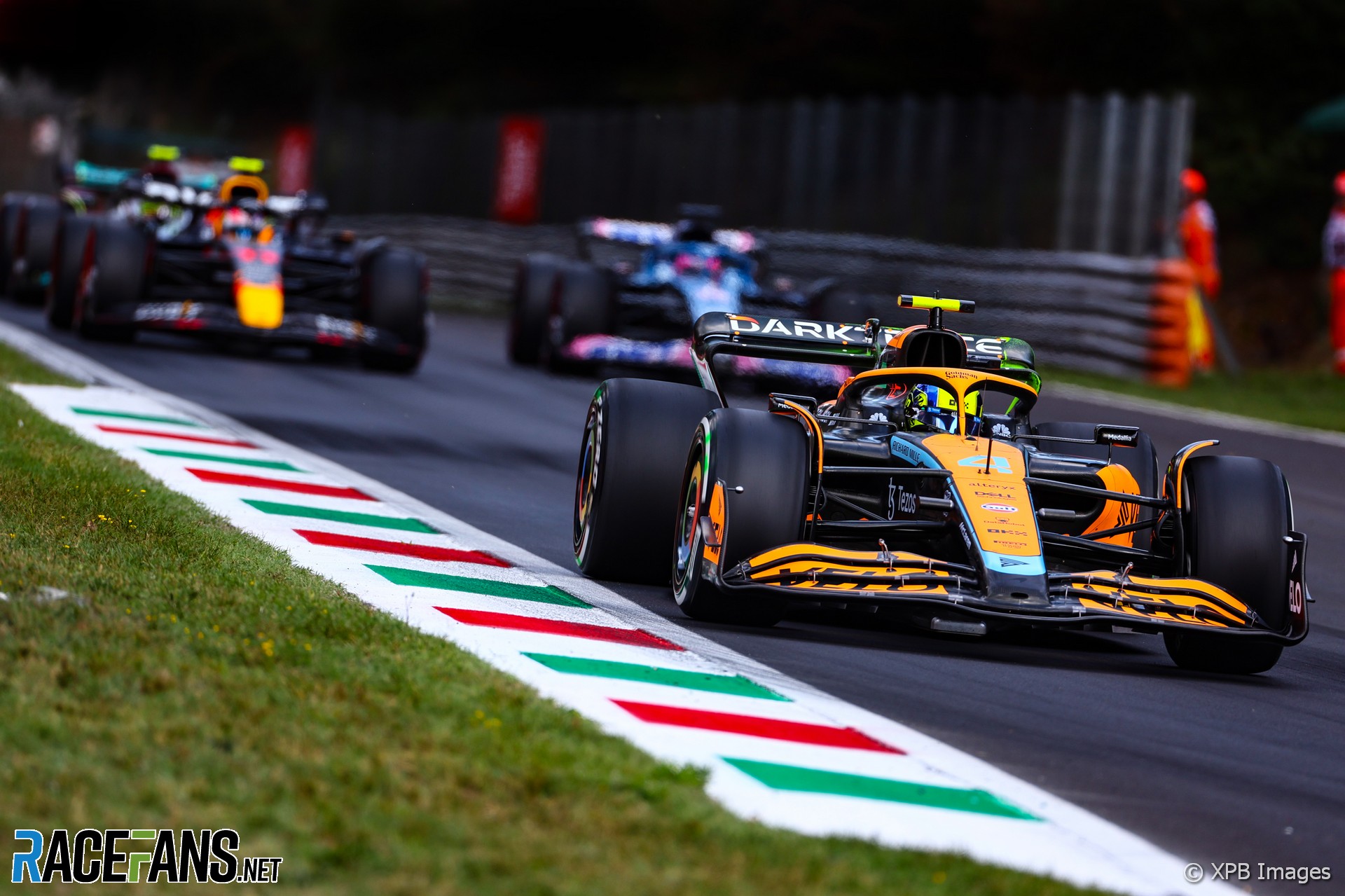 Andreas Seidl believes Lando Norris could have finished fifth in the Italian Grand Prix had it not been for a slow pit stop.

Norris recovered from a poor start to the race when he fell from third to sixth due to what Seidl called an “issue with the settings.” After running a long first stint, Norris was up to fourth before making his first pit stop.

The tyre change cost him an extra two seconds compared to his rivals and Norris returned to track in ninth. He quickly made his way up to seventh behind Red Bull’s Sergio Perez and Mercedes’ Lewis Hamilton, who Seidl said Norris was fighting for position with the strategy he was on.

“Once Lando was in free air, after all these cars pitted, after the bad start he had and being further back than anticipated, he actually had good pace on the medium [tyre],” said Seidl. “He could have kept going, even driving away from Fernando [Alonso], which then put him in a position to actually put the soft tyres on at the end.”

However there was no opportunity for Norris make use of the “bit of benefit” he gained by switching to fresh tyres due to the Safety Car period at the end of the race. This was caused by the retirement of his team mate Daniel Ricciardo, who suffered what Seidl said looked like “an oil leak”.

That outcome “for us was very unfortunate because on Lando’s side we decided to pit for another set of tyres in order to have then another go on Checo or maybe even Lewis after the restart, because these two guys stayed out”.

The attempt to jump up two spots instead meant Norris lost one and finished seventh for the fifth time in the last six races. But Seidl thought it was one of his driver’s best performance of the year.

“It was a very strong race for both drivers today. On Lando’s side, unfortunately we had too many issues which were in the way of scoring an even better result. Because with a clean race it might have been even possible to score a P5 today with the penalties Lewis had, and Checo.”

Having gone into the weekend predicting they would be at a disadvantage to Alpine, Seidl said it “was encouraging to see” Norris overtake Alonso in the middle of the race on pace alone. “We expected a lot more problems in terms of pace with our car this weekend.”