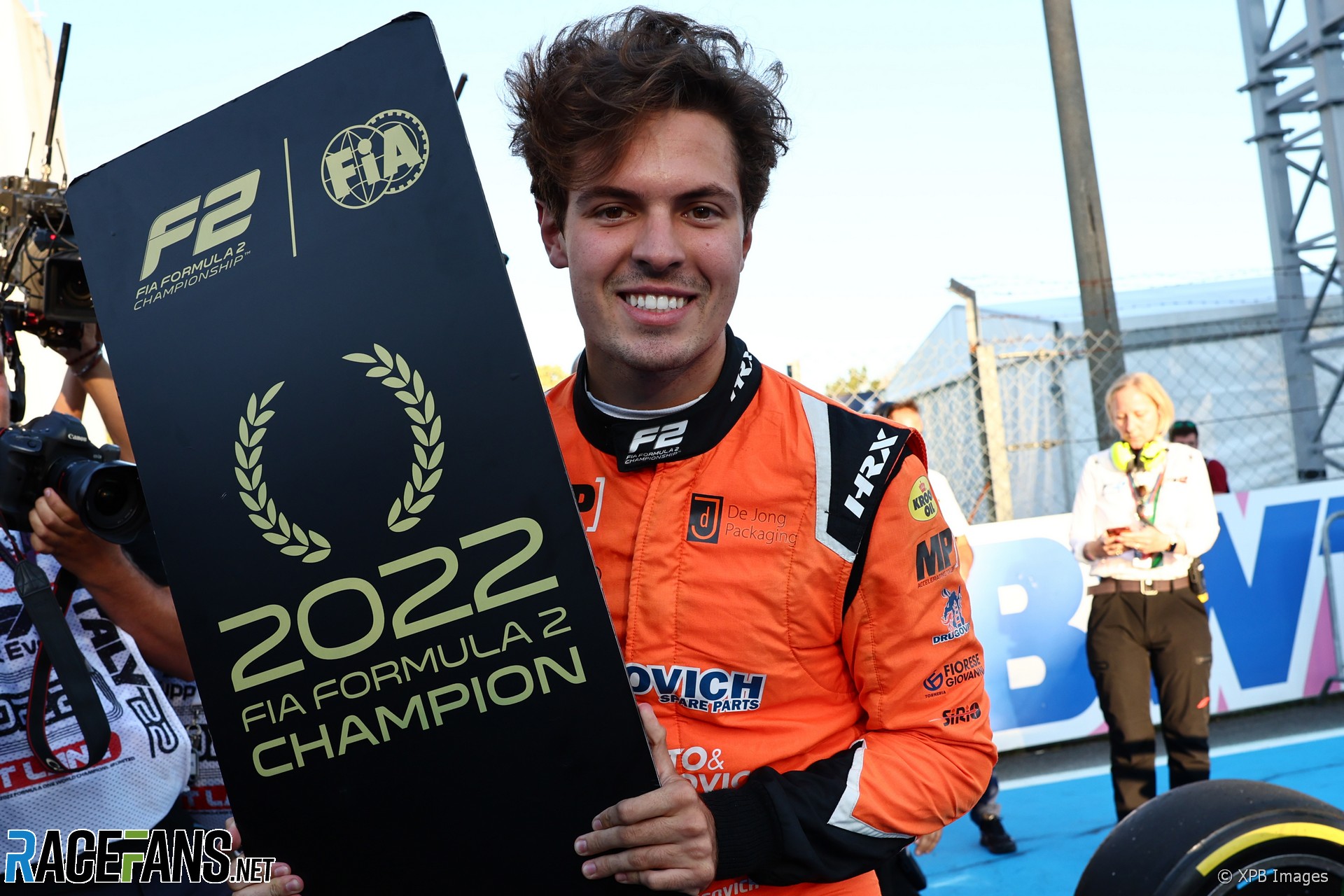 The 22-year-old, who clinched this year’s Formula 2 title at Monza on Saturday, is the inaugural member of Aston Martin’s Driver Development Programme and has joined the F1 team as a reserve driver.

Aston Martin were previously the only one of the ten Formula 1 teams without their own junior driver programme or without a strong affiliation to an existing young driver programme. As part of their new programme, Drugovich will be given the opportunity to drive a free practice session at the Abu Dhabi Grand Prix in place of Lance Stroll, before participating for the team in the post-season young driver test following that weekend.

“I particularly remember his fantastic sprint and feature victories at Barcelona in May, which were hugely impressive. We are delighted that he is joining us as a member of our Driver Development Programme, and we look forward to welcoming him as part of our team in Abu Dhabi this November.”

Drugovich said he was hopeful that becoming the first member of the Aston Martin driver development programme would open up an opportunity for him to eventually race in F1 in the future.

“Becoming a member of the Aston Martin Driver Development Programme is a fantastic opportunity for me – and only adds to what has been an extremely enjoyable and successful 2022 season,” Drugovich said.

“Winning in Formula 2 has long been regarded as the best possible launchpad into a career in Formula 1, and I see my role at Aston Martin as giving me all the tools to take that crucial next step. For me, 2023 will be a learning curve. I will be working with the F1 team, but my primary goal is to learn and develop as a driver.”

Drugovich won the F2 title with MP Motorsport in his third season in the category. Every F2 champion since the series was rebranded by the FIA in 2017 is either racing in Formula 1 (Charles Leclerc, George Russell, Mick Schumacher), has raced in F1 (Nyck de Vries), or is contracted to race in F1 next season (Oscar Piastri).