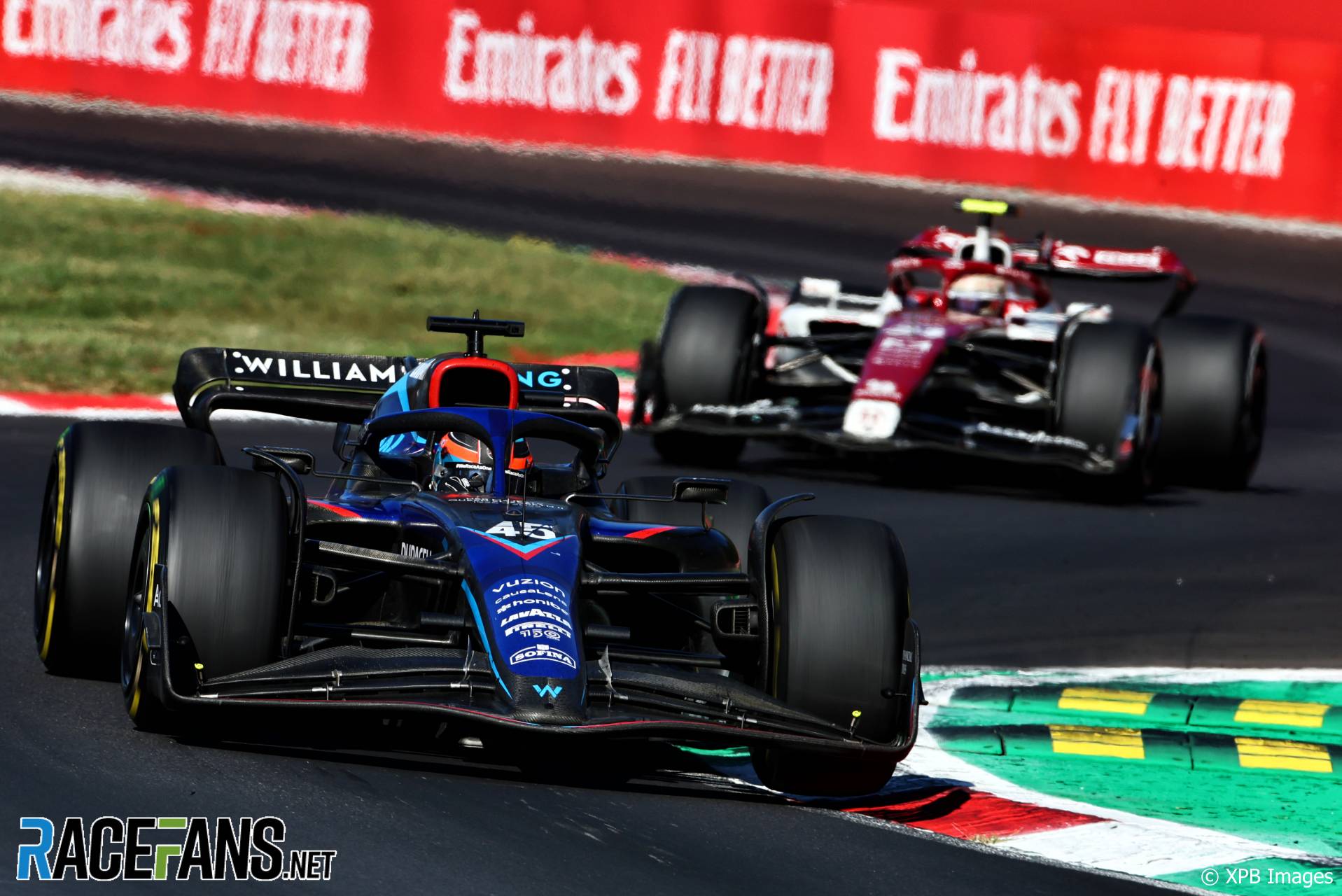 Nyck de Vries says he was “proud” to score points on his Formula 1 debut for Williams.

After making his first F1 race start so unexpectedly after Albon was forced to withdraw for health reasons, De Vries said it had been a tense weekend preparing for his grand prix debut.

“The last 24 hours have just been a dream,” said De Vries. “I didn’t really have much time to think, because obviously everything was so rushed.

“I had a very bad sleep. It went from excitement to nerves and I didn’t even dare to look at my sleep tracking on my Oura Ring, because basically I spent the whole night awake. But perhaps it helped me. I couldn’t think and I just had to get on with the job.”

Starting from eighth on the grid due to penalties for other drivers after qualifying 13th, De Vries held his position on the opening lap and spent the vast majority of the race under pressure from Zhou Guanyu’s Alfa Romeo.

“My start wasn’t great, but it was good enough to maintain position,” he said “Actually the pace was very good. The car was great and we made a small adjustment from stint one to stint two.

“I asked a lot of help from the team, how to deal with the tools in the car to influence the balance. Again, I know that we had a little bit of help from outside with grid penalties and retirements, but hey, no one’s taking the points away from us.”

After many years working with Mercedes in Formula E and as a reserve driver for Mercedes F1 team, De Vries was congratulated after the race by Lewis Hamilton, who has worked alongside him for many years. Fellow Dutch driver Max Verstappen also wished his compatriot well when learning De Vries would be racing this weekend.

“He was kind,” De Vries said of Verstappen’s comments. “We had some messaging last night and even this morning Lewis congratulated me and they’ve all been very supportive and very kind.

“Max just came to me and he said, ‘it’s gonna be fine, it’s gonna be good, you will be fine – just have a good start and get through and you’ll be good.’ So I appreciated the support from the others and also very thankful for all the fans who voted for me as Driver for the Day.”

After the race, De Vries was summoned to the stewards due to an incident that occurred under the late Safety Car. While cruising around the circuit at reduced speeds, the Williams driver appeared to slow dramatically at Curva Grande despite there being no cars in front of him at the time. Behind him, Zhou appeared to be caught out had to hit the brakes, briefly passing the Williams on track before De Vries continued.

After speaking with the stewards, he was handed a reprimand for the incident. De Vries explained that he was concerned that he was under the Safety Car delta time according to his dashboard, but had not been advised by his team that he could increase his speed. The stewards took into account De Vries’ unfamiliarity with his car and opted to impose a reprimand rather than a harsher penalty, allowing him to keep his points.