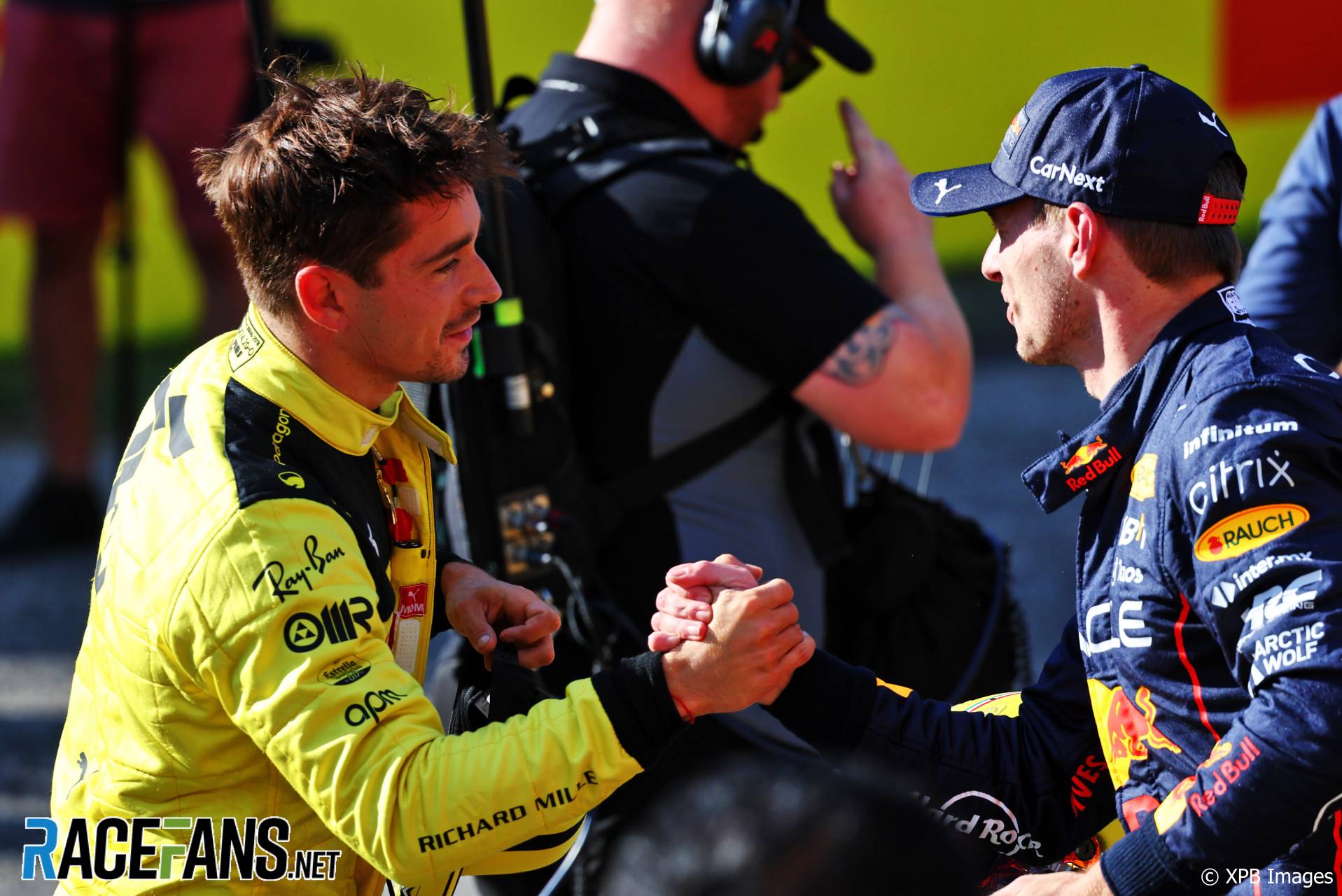 Having qualified sixth, Russell will move up to the front row of the grid alongside pole-winner Charles Leclerc due to other drivers’ penalties. However he expects Verstappen, who is due to start seventh, will make his way through the field to take a fifth consecutive victory.

“You’d be pretty stupid to bet against it wouldn’t you?” said Russell. “He just needs to keep his nose clean in the first two laps and he’ll cruise to victory.

“We’ll be trying to finish ahead of Charles, that’ll be an exciting race, but today they qualified 1.4 seconds ahead so, perhaps it won’t be quite like Spa.”

Russell believes the key to the best possible result for him will be trying to do the quickest race possible and avoid the temptation to make strategic moves to keep other rivals behind. He believes that compromised their performances in the Dutch and Hungarian grands prix, where he suspects better results were available.

“The goal is definitely to win races, but I think having looked at the last race, having looked at Budapest, when we’ve sort of compromised our race to cover off a faster car it has ended up compromising the overall result,” he said.

“So perhaps we need to take a slightly different approach and just do the best race possible for ourselves and perhaps that’ll pay dividends later on. Realistically, we should be on the podium tomorrow, but I’d love to think we can fight the Ferrari.”

Having qualified over a second off the pace again today, Russell admitted Mercedes still don’t fully understand the W13’s variations in performance.

“We’ve got the best engineers in the business working day and night to try to understand why our performance is fluctuating so much,” he said. “We’re 15 races in and we still don’t have a good grasp as to why that is.

“Today’s a little bit disappointing. We are in no-man’s land on a Saturday in terms of performance because we’re obviously so far behind from the front two and a little bit ahead of the midfield. At least we’re in a fast race car.”

8 comments on “Russell: ‘You’d be stupid to bet against Verstappen winning’ despite Leclerc’s pole”