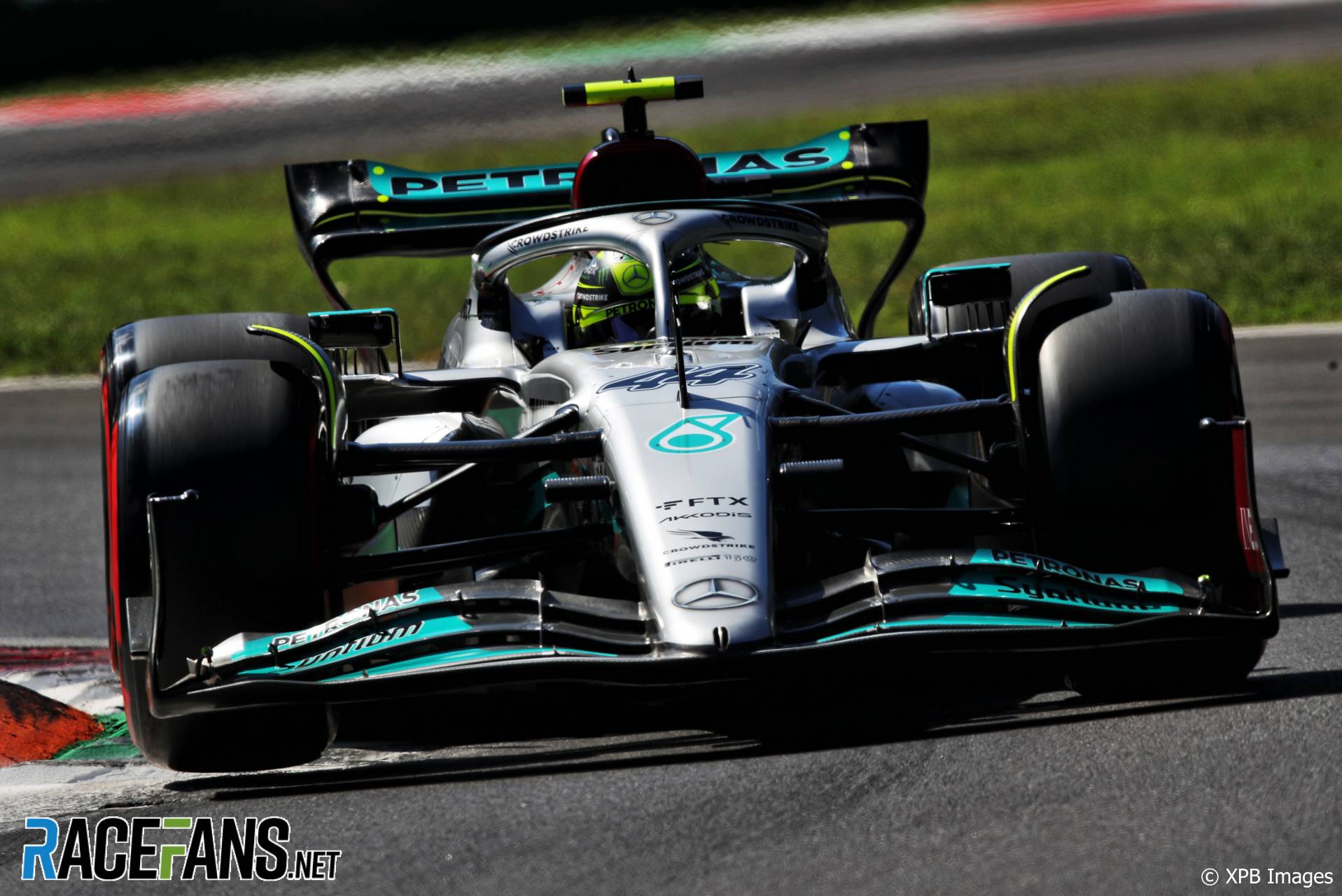 Lewis Hamilton joked he was thinking of bringing his iPad to watch during the Italian Grand Prix as he expects he’ll spend much of it stuck behind other cars.

The Mercedes driver will start tomorrow’s race from the back of the grid due to his penalty for a power unit change. He qualified fifth, 1.3 seconds off pole-winner Charles Leclerc, but said there was no value in improving his lap time given his penalty.

“I felt generally positive,” said Hamilton in response to a question from RaceFans. “I got the most I could out the car.

“I think there’s still more time on the table, but it wouldn’t have put us any higher up. I think there’s a good couple of tenths there. But it was a fun session.”

Hamilton is concerned about the difficulty he will face making progress from the back of the field tomorrow as he expects to become stuck in a queue of drivers using their Drag Reduction Systems.

“I was behind Valtteri [Bottas] yesterday in practice and I couldn’t catch him nor pass him,” he said. “So I hope I don’t get stuck tomorrow.

“But I’m imagining tomorrow everyone’s going to be in a DRS train and it’s just going to be sitting there and just waiting for strategy and tyre degradation and those sorts.”

He believes F1’s official tyre supplier Pirelli should bring softer rubber for the race to aid overtaking. “They should bring like the softest tyres here to promote more pit stops and stuff. But they keep bringing these hard tyres so they only do one. It’s a one-stop easy tomorrow, generally and so strategy won’t do too much.

“But I hope that there’s Safety Cars and all those sorts of things. I’ve been so unfortunate with the Safety Car timings this year, it would be nice to have a nice SC offering tomorrow.”

If that doesn’t happen, Hamilton joked he might have to watch his tablet instead. “I was thinking of just taking my iPad with me in the race and when I’m in the DRS line just watch the new Game of Thrones,” he smiled.

“I’ve stopped watching it because I like to binge watch and there’s lots of adverts in the middle of it on fricking Sky and that’s no good, and then at the end you’re like ‘I want to watch the next thing’.”