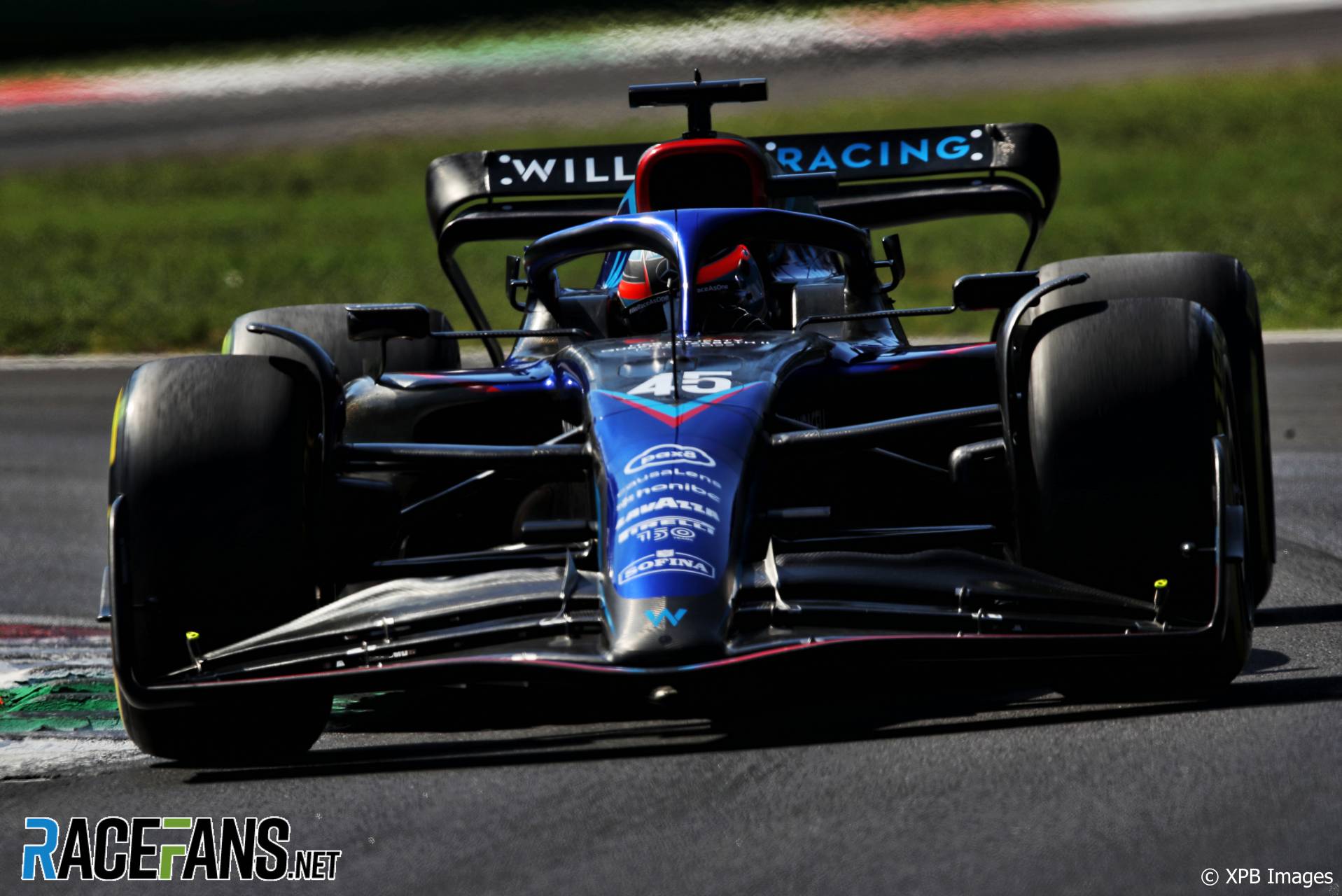 Nyck de Vries earned the praise of two Formula 1 world champions after his impressive debut in qualifying at Monza today.

Williams handed De Vries the chance to make his debut as a substitute for Alexander Albon, who suffered a bout of appendicitis since yesterday. De Vries took his car into Q2, out-qualified team mate Nicholas Latifi, and after penalties is due to start tomorrow’s race in the top 10.

Fernando Alonso said it was “definitely” an impressive performance by the debutant. “I think when you jump in a car and you only have one practice, obviously it’s difficult to get up to speed. So a very good day for him. Hopefully tomorrow a good race as well.”

De Vries became the first person in more than 40 years to drive two different F1 cars in a single race weekend, as he took part in first practice yesterday for Aston Martin. Alonso said that will have helped him adjust to the Williams.

“I think it helped him to do FP1, arguably, so he got a little bit more experience,” said Alonso. “But I think he’s doing good and hopefully tomorrow we can fight as well in the race, not too much, but it’s going to be good fun.”

De Vries was previously a junior driver at McLaren and is now backed by Mercedes. One driver he worked with at both teams is Lewis Hamilton, who said he deserves a full-time place on the grid.

“I haven’t seen his quali performance but Nyck is a very talented driver,” said Hamilton. “I’ve known him since he was really young, when I was at McLaren my dad was trying to help him get into Formula 1.

“He’s been a real valuable member of our team, he works does a lot of work on the simulator. He’s always super-positive, he fires me emails. And so I was so happy to hear this morning that he’ll be given the opportunity to drive.

“He deserves a place here, I think, so I hope today’s been good for him.”