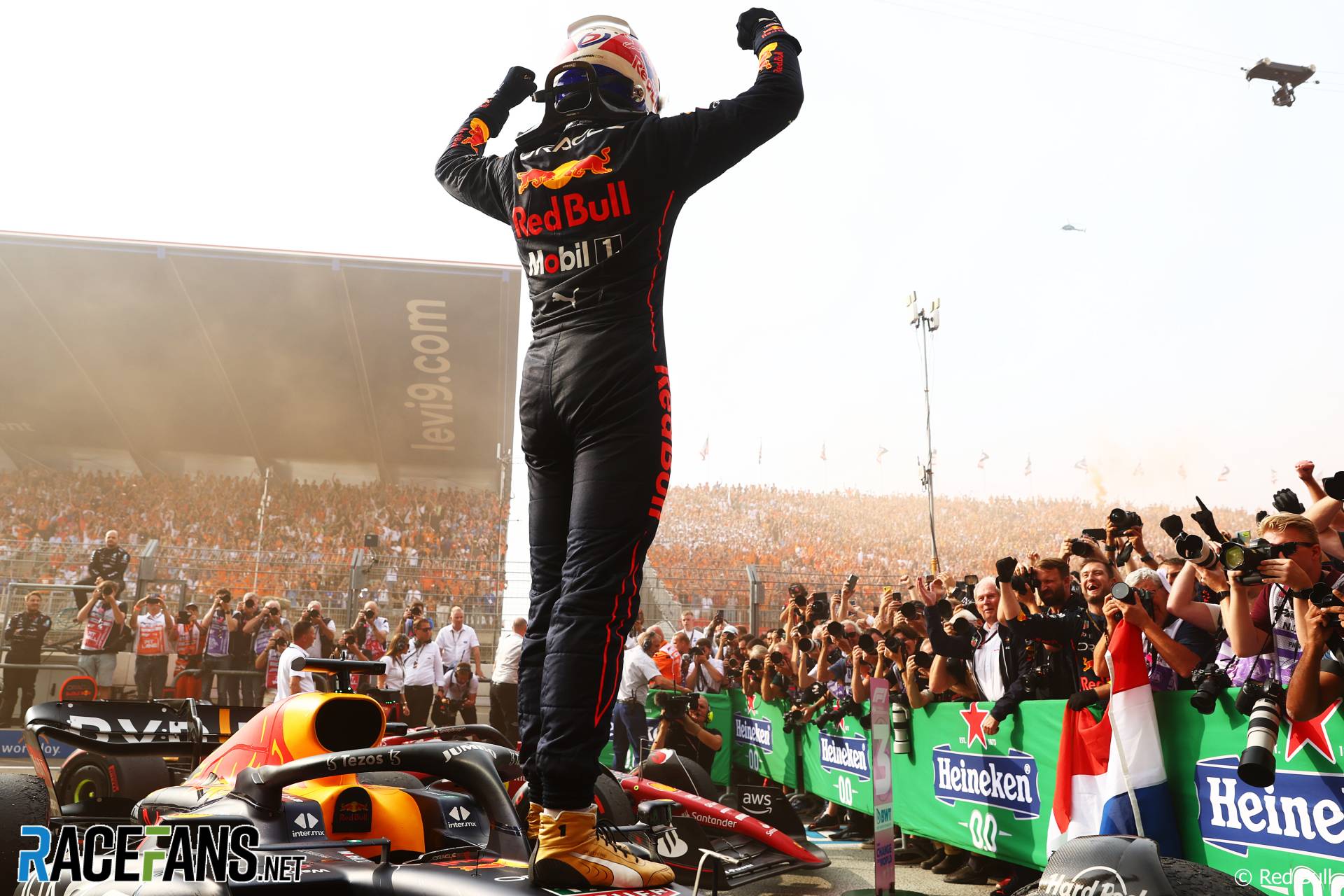 Max Verstappen’s victory in last weekend’s Dutch Grand Prix was his fourth in a row, making this the longest winning streak of his Formula 1 career.

Only a small number of drivers have won as many as four races in a row, and Verstappen will be among rare company if he adds a fifth this weekend at Monza, a track he has never won at before. The record is some way off, however: Sebastian Vettel had a run of nine successive wins in 2013.

The Red Bull driver thrilled the Zandvoort crowd with his second home win in a row since the race returned to the calendar last year. It was the 30th win of his career.

Capping a superb performance, Verstappen added pole position and fastest lap, for the fifth ‘hat trick’ of his career. This was his 17th pole position, putting him level with Jackie Stewart, and 21st fastest lap, equalling Gerhard Berger.

Verstappen has now won 10 races this year, which with seven races remaining means there is a serious chance he will break the record of 13 wins in a season, held by Michael Schumacher and Sebastian Vettel. They achieved those records over 18 and 19-race seasons respectively.

George Russell finished second, equalling the best result of his career to date. However his previous second place finish came in last year’s farcical Belgian Grand Prix, the result of which was declared based on a single lap spent behind the Safety Car.

For the fourth race in a row, Russell took points off Charles Leclerc, and the pair are now separated by 13. Russell’s prediction that one of the Mercedes drivers could end the season second in the drivers’ championship looks increasingly realistic.

Third place for Leclerc meant he returned to the podium for the first time since he won the Austrian Grand Prix. In the four races since then he’s lost 71 points to Verstappen, whose second championship triumph is now virtually assured. Last weekend also marked the first time this year Leclerc has gone two races in a row without leading a lap.

Although Hamilton sunk to fourth place at the chequered flag, he enjoyed his most competitive showing of the season so far, leading 14 laps as he bids to avoid completing his first ever win-free season in F1.

For the second race in a row a post-race time penalty for one of the Ferrari drivers benefitted Fernando Alonso, who moved up to sixth place as a result. Largely due to a variety of misfortunes, Alonso has lagged behind team mate Esteban Ocon in the championship all season, but has now closed to within seven points of him.

Lance Stroll achieved his fifth points finish of the season, but all of these have been for 10th place, meaning he is on just five points.

Have you spotted any other interesting stats and facts from the Dutch Grand Prix? Share them in the comments.