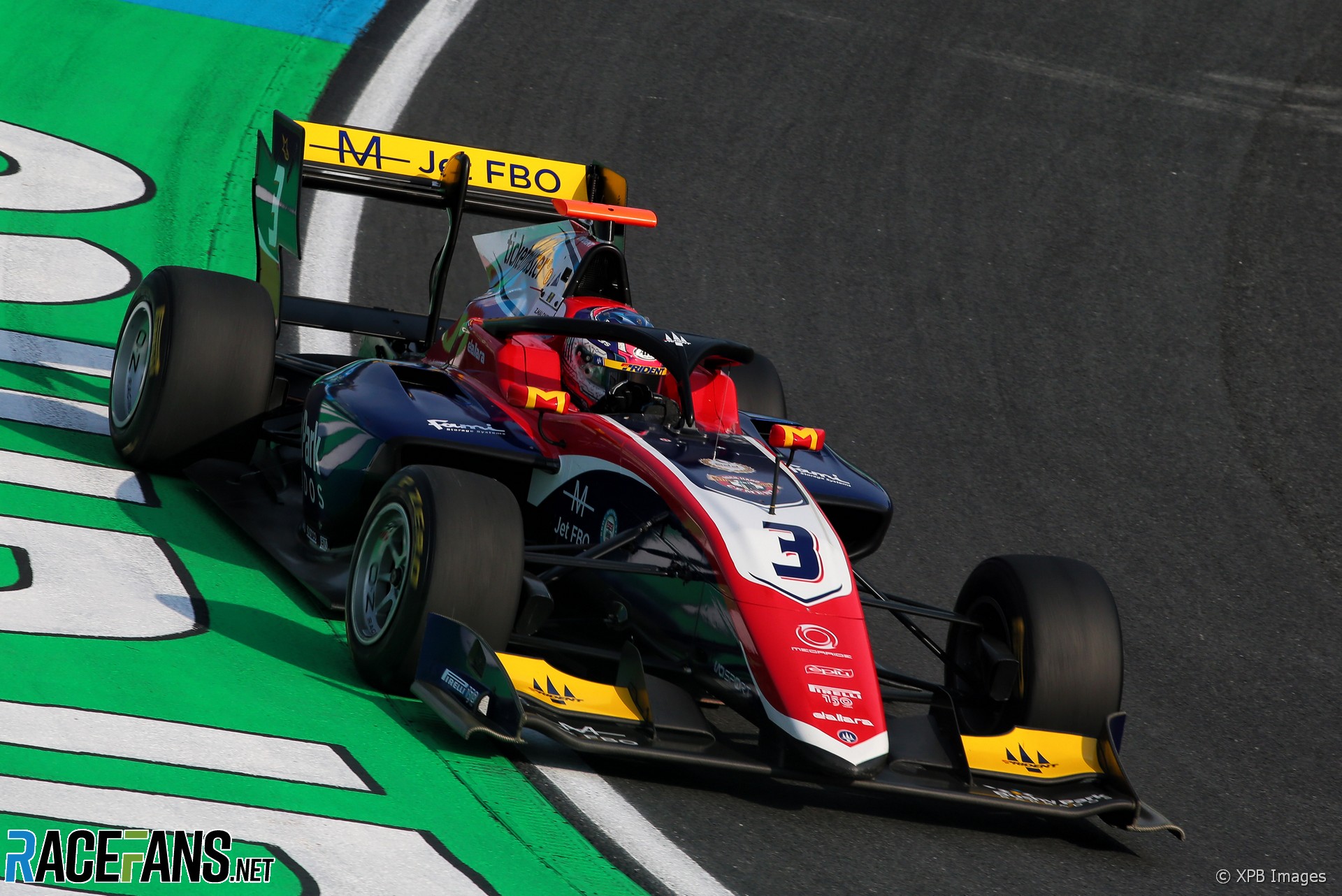 The Trident driver had taken pole for the feature race in qualifying, with Martins lining up alongside him. All championship leader Isack Hadjar could do was watch from sixth on the grid after a foiled qualifying strategy left him on the third row of the grid.

As in Formula 2, the less favoured line on the dirty side of the grid actually prove the best for the start, with Martins claiming the lead through the exit of turn one, cutting up the inside of Maloney off the line.

Oliver Bearman made an appalling start, falling down the order with what was either a mechanical problem or a poor launch from 14th to 17th, ending up battling with fellow championship contender Arthur Leclerc.

On lap four, a turn one clash between Brad Benavides and William Alatalo prompted a Safety Car, which led to a lap eight restart where third placed Jak Crawford fell from third to ninth.

On lap 12 Maloney seemingly caught Martins napping and snatched the lead through turn one, reclaiming the position he had started in. A second Safety Car was prompted on lap 17 after Davide Vidales stopped on track but Maloney held the lead at the restart, Martins wisely keeping his powder dry to favour the championship.

Despite a final late Safety Car period, Maloney held on to take the chequered flag and a second consecutive feature race victory. Martins secured second place and moved into the lead of the championship, with Franco Colapinto taking the final podium position in third.

Ahead of F3’s final 2022 round in Monza, Martins holds the championship lead by just five points over Hadjar. Roman Stanek in third is just 17 points behind Martins and Bearman in fourth only 20.