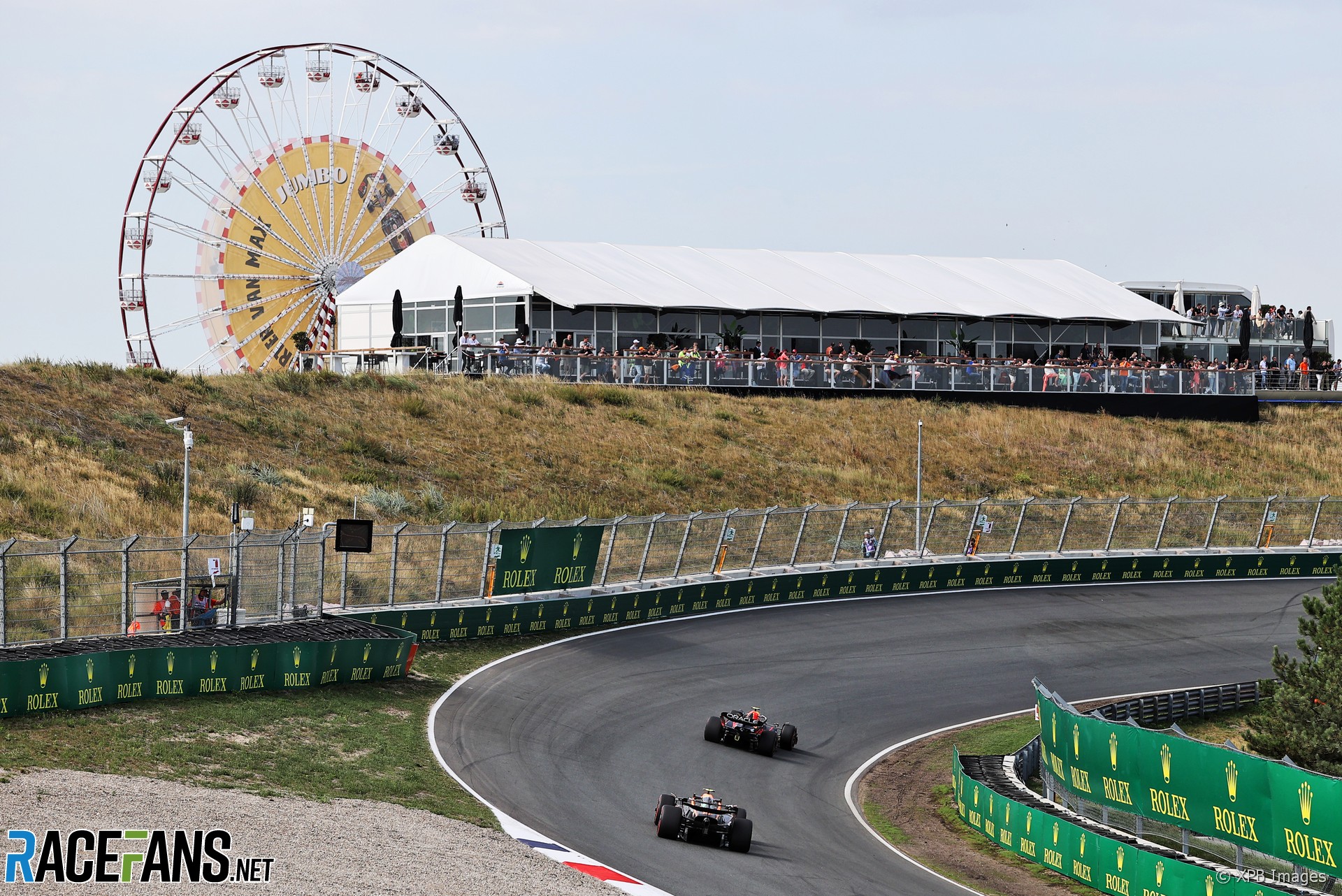 The second DRS activation zone has been extended since last year’s grand prix, which was the first on the revamped Zandvoort circuit. During the 2021 event, the final DRS activation point was placed after the exit of the high-banked final corner of turn 14 due to fears about cars losing control through the corner with DRS active due to the loss of rear downforce.

In a bid to improve overtaking opportunities, the FIA trialled an extended DRS zone through Friday’s practice sessions, moving the activation point between turns 13 and 14 and allowing drivers to run with their rear wing flap open through the entire final corner. While many drivers chose not to risk it early in the opening session, several of them were seen using DRS through the corner with no incidents or dangerous moments observed over the two hours of running.

Having run with the DRS open through the final corner, Lewis Hamilton voiced his approval of the extended activation zone through the banking.

“It was nerve-wracking at the beginning to try it,” Hamilton admitted. “But it’s great.”

McLaren’s Daniel Ricciardo agreed with Hamilton’s assessment. “The first time you do it you hold on pretty tight because you don’t really know,” he explained. “And like DRS it’s such a shift in grip that it can get you pretty quickly.

“It was alright though. I guess everyone’s doing it. But first time it’s like stepping into the unknown. So you click it and you’re like ‘just stay straight’. But it was alright.”

While drivers seemed to agree that the new extended activation zone did not present too much of a risk, they were less sure about the impact it would have on overtaking opportunities for Sunday.

Lando Norris seemed more optimistic than the Mercedes driver about how the DRS zone would improve racing. “Of course it’s going to be more useful,” he said. “The earlier you can have it the better, I would have said.

“It’s more now about how easily we can follow through the chicane and through the final corner or the two final corners. But I think as the grip came up and so on you get more and more confidence to be able to do so. So it definitely has but I’ve not been able to race too much today. I had a couple of little battles, so maybe a little bit better, but not a lot.”

The extended DRS zone remained in place for the final practice session ahead of qualifying for Sunday’s grand prix.