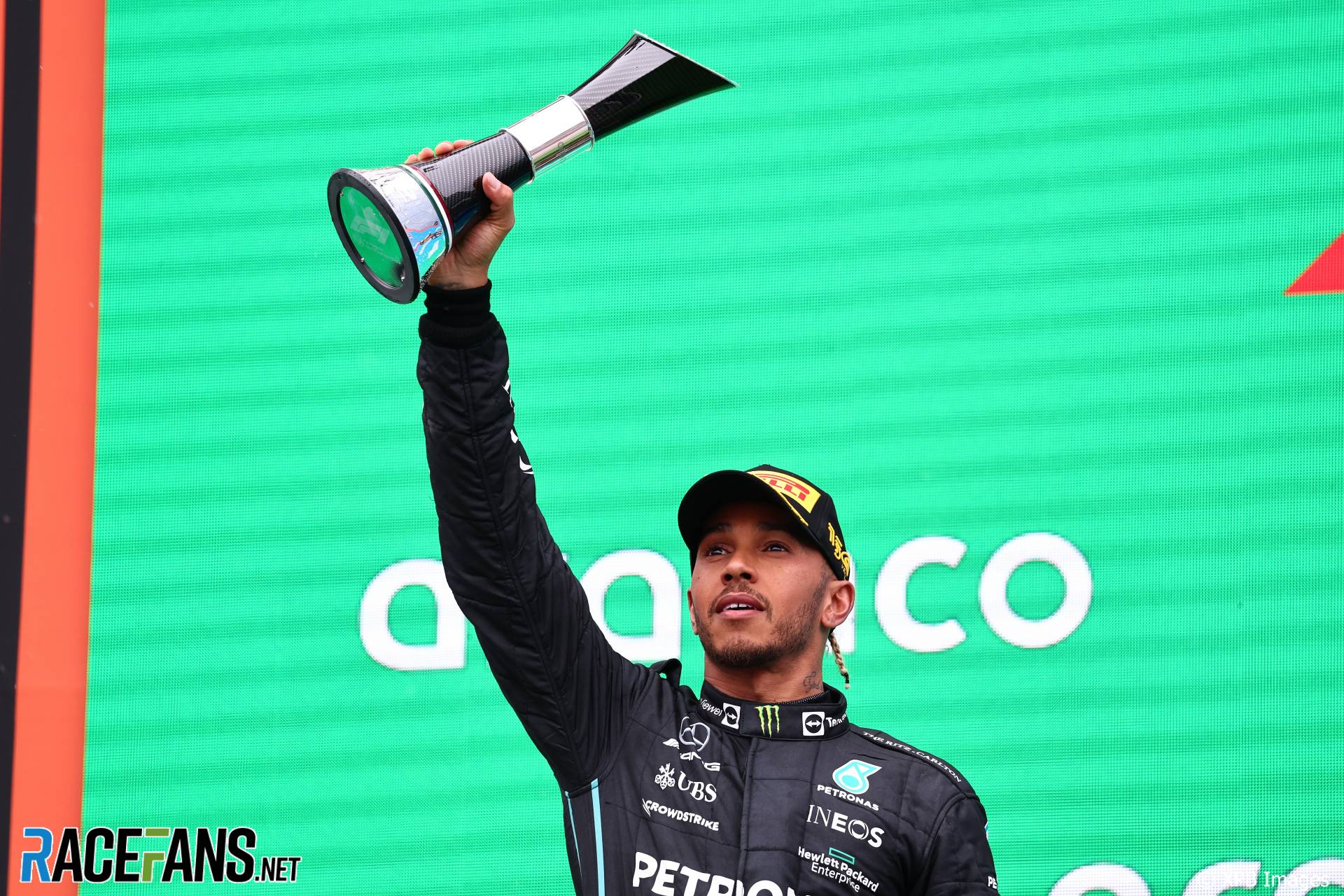 Lewis Hamilton believes Mercedes were quick enough to challenge for victory in the Hungarian Grand Prix and could contend for wins over the remainder of 2022.

He finished 7.8 seconds behind winner Max Verstappen, despite starting ahead of the Red Bull driver. However Hamilton’s qualifying performance was compromised by a DRS glitch. Team mate George Russell started from pole position.

“I think this weekend, there was a potential for a win,” said Hamilton. “You saw George on pole. I think if we had both been up there, I think we probably could have worked a bit better together as a team. One of us would have had to support each other strategy-wise.”

Mercedes has made gradual improvements to its W13 since the start of the season, when it regularly lagged over a second off the pace. Hamilton hopes its strong showing in the last two races, in which both drivers finished on the podium, is a sign of things to come.

“If we are able to take this pace into the second half of the season for sure we can start to fight with the [other] guys,” he said.

“This is the first time we’ve been able to fight and battle with a Ferrari. That’s huge for us. I think the Red Bulls probably still are ahead. The fact that Max started [10th] and spun and still was 10 seconds ahead says enough about their car.

“But I think we still have made huge progress and huge steps. And so to have this consistency and two double podiums in these last two races gives us great hope and a huge push for the second half.”

Russell, who finished third, said Verstappen was “too fast” for Mercedes to contain at the Hungaroring.

“It was always going to be a tricky afternoon because there was rain in the air throughout,” he said. “Usually, if you’re on pole position, and it’s spitting, you’re pretty disappointed. But knowing I was on the soft tyre, I was kind of rubbing my hands together and made a really good start.

“The first four laps were really strong, pulled the gap, three seconds, I think to Carlos [Sainz Jnr]. And then unfortunately, the rain sort of stopped, the medium tyres came into their own. But we still had a good first stint.

“We pitted early on both occasions to try and cover Max, cover the Ferraris. Ultimately, Max was too fast for us today.”