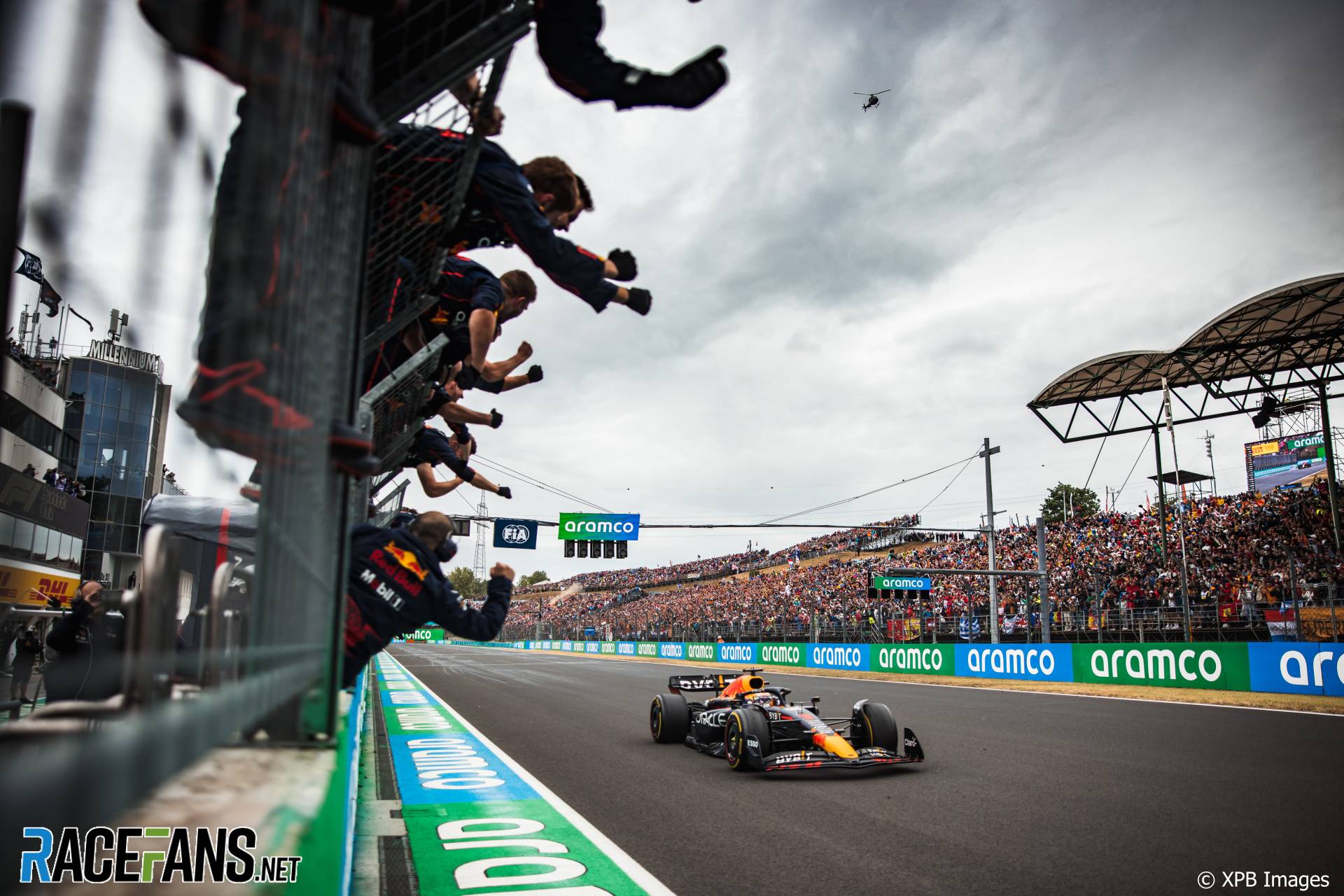 The power unit problem which spoiled Max Verstappen’s qualifying effort on Saturday spared him a failure which would have put him out of Sunday’s race, Red Bull has revealed.

Verstappen started the race from 10th on the grid after a problem developed with his power unit in qualifying. Red Bull changed it before the race, and discovered it was on the point of failure.

“We changed the power unit because there’s a component that broke in Max’s car yesterday,” Horner explained. “Thankfully, sitting here now with 20-20 hindsight, we’re grateful that it did break yesterday because another 12 kilometres it would have broken on the way to the grid.

“So we elected to change the whole power unit rather than try and repair in the field. And as a precaution, we also changed Checo’s.”

Verstappen encountered another problem with his car during the race, which he discussed with race engineer Gianpiero Lambiase on the radio. Horner said Verstappen’s clutch began causing trouble.

“[We had] a clutch issue early in the race on Max’s car that he was managing,” he explained. “The temperatures were getting a little out of control.

“So that was why we held him off the back of Carlos Sainz for a while, particularly after the first stop. But thereafter once we released him and got the clutch issue under control, he had tremendous pace today.”

Horner said the team “never” expected a victory would be possible after their drivers qualified 10th and 11th at the Hungaroring, where overtaking is often difficult.

“At this circuit, our pre-race analysis was showing that if everything went right, fifth and sixth might be achievable,” he said. “So to win from 10th on the grid is beyond all our expectations.”