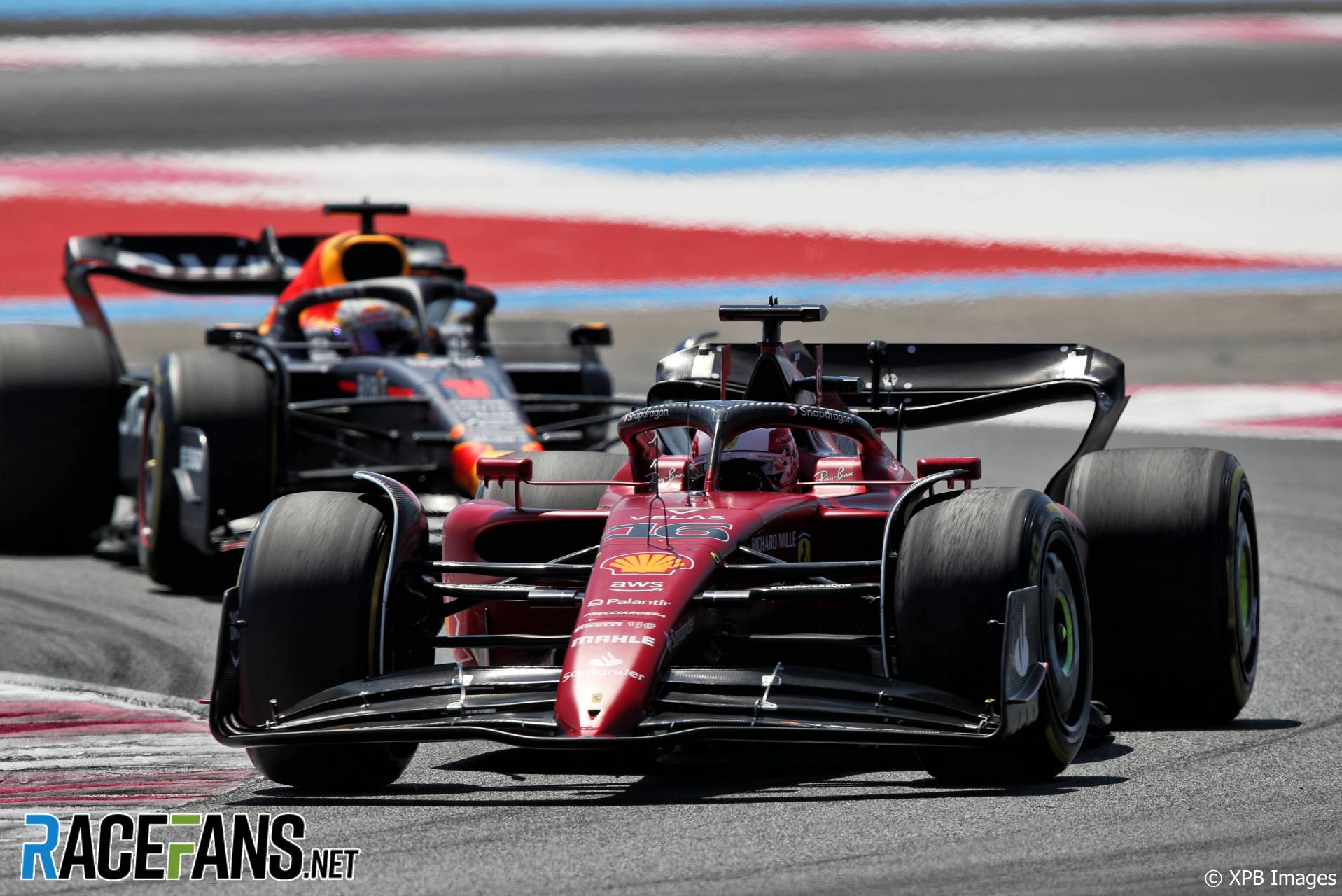 Red Bull believe Max Verstappen’s straight-line speed advantage at Paul Ricard would have helped him win even if Charles Leclerc hadn’t crashed out.

Leclerc led every lap of the race until he went into a barrier on lap 18. Verstappen, who had chased him hard over the opening laps, had already made his first pit stop by that point.

Red Bull team principal Christian Horner said they went into the race expecting they would have to make two pit stops. However the tyre degradation proved less severe than predicted.

“The tyre deg was better than we expected going into the race, to be honest,” he told media including RaceFans. “Going into the race we were more leaning towards two [stops], as the race unfolded we started to move more towards the one-stop.”

Within his first lap of coming out of the pits, Verstappen drew close enough to Leclerc that the Ferrari driver would fall behind him when he pitted.

“We decided that on lap 15, we saw a little bit of track space that we could drop Max into, pulled the trigger, by halfway around the lap he had track position [over Leclerc]. So from that point it was just a matter of bringing the tyres in nicely and then the following lap obviously Charles crashed.”

Leclerc’s crash meant the contest between the pair which would have unfolded never occured. However Horner is confident that Verstappen’s superior speed on the straight would have been enough to contain the Ferrari.

“It was interesting because Max was able to stay much closer to Charles for a long period of time without the tyre getting stratospherically hot,” he said. “We were, as we’ve seen in the rest of the weekend, very quick in sector two, similar in one and a bit slower in three, which is mainly turn 11 here.

“But the race was running okay, he was going with him in the DRS. Unfortunately we couldn’t get close enough through six onto the straight to really capitalise on the DRS. So therefore that’s why we banked the track position.”

Had Leclerc pitted and come out behind Verstappen, Horner believes “we’d have been able to defend reasonably comfortably with the speed that we had in sector two.”

“Again, you can see it’s very, very tight between the two teams with a very different approach to achieving the lap time here,” he added.

However Ferrari team principal Mattia Binotto pointed out their car was treating its tyres better than the pursuing Red Bull, and believes they were in a competitive position before Leclerc’s crash.

“I think, again, it has been a good weekend in terms of pace,” he said. “The car has proved to be very competitive. I think that Carlos [Sainz Jnr’s] race as well showed that.

“Charles got the pole, he was leading the race. I think we had an edge on the Red Bull in terms of tyre degradation. By lap 15 Max had to stop, we could have extended the stint and we were extending the stint.

“I think at the time when Max stopped, when he was starting to suffer from tyre degradations, Charles was gaining two or three tenths per lap on him. So proving once again that our car is great, gentle tyre management, the drivers as well are doing the proper job.

“We come out from here, Le Castellet, with full confidence in our package, in our drivers’ capacity and our speed.”