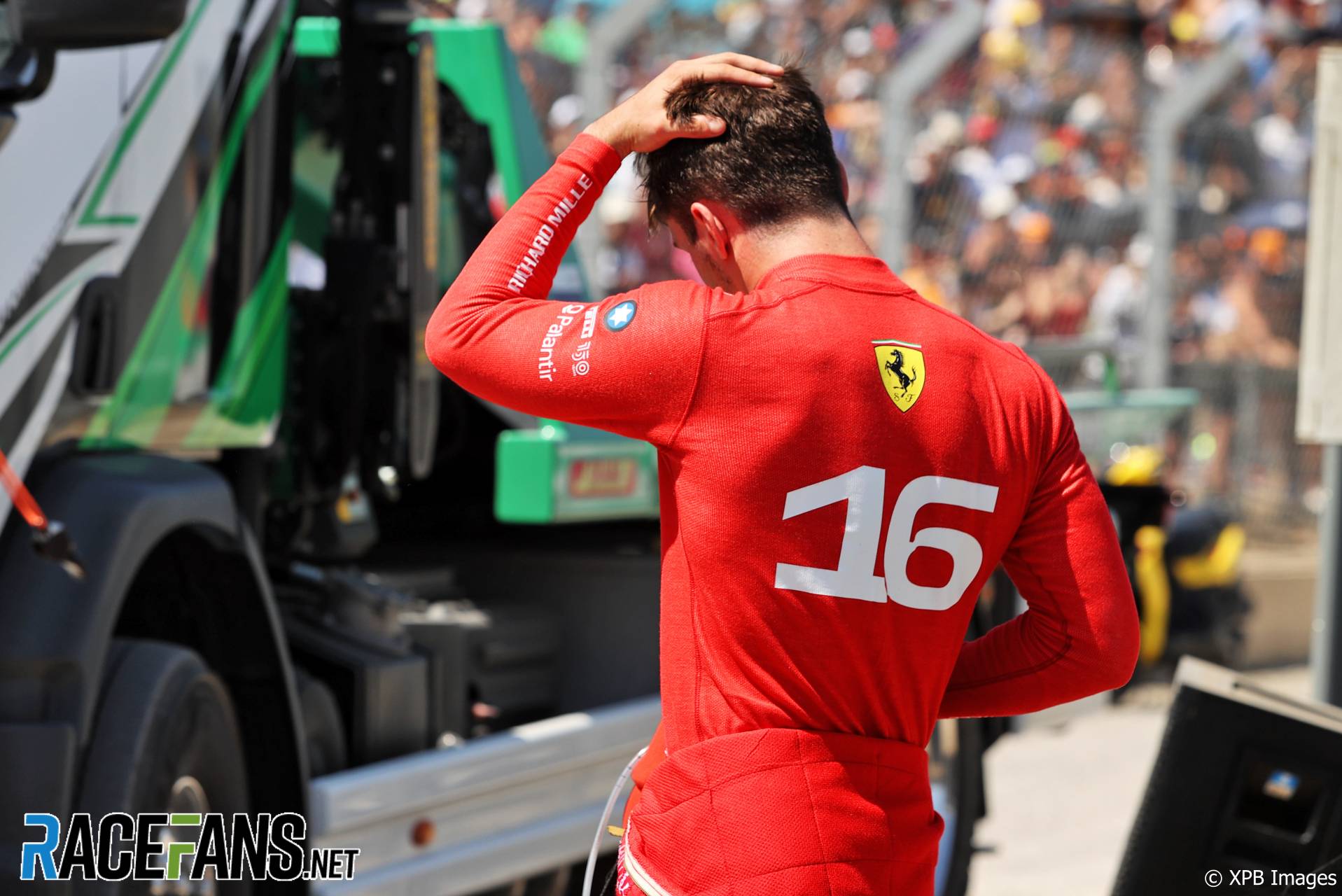 Charles Leclerc’s crash while he was leading the French Grand Prix was not caused by a repeat of the throttle problem he experienced during the previous race, says team principal Mattia Binotto.

The Ferrari driver crashed out at the high-speed Beausset corner on the 18th lap of the race. The driver said “I cannot go off throttle” in a radio message broadcast on the world feed.

This prompted speculation Leclerc had encountered a similar problem to the sticking throttle he had in the closing stages of the previous race in Austria. In the cool-down room after the race, Red Bull technical director Pierre Wache told the Mercedes drivers Leclerc had crashed out due to a throttle problem.

However Leclerc said he crashed out due to a driving error and did not experience a problem with his throttle.

Binotto said the team identified and fixed the fault Leclerc encountered at the previous race. “What happened in Austria was very simple,” he said in response to a question from RaceFans.

“There was a damper which was slightly sticky, not more than that, and we already put in place some actions to avoid it for the future.”

“There was no issue with the throttle itself, nothing to do with Austria,” he added. “What happened is a genuine mistake of Charles, which I think may happen.

“I think that does not take off how good he is as a driver and a fantastic driver. But it was a genuine mistake.”

The radio exchange between Leclerc and race engineer Xavier Marcos Padros occured “when he was in reverse gear, trying to get out of the barrier,” Binotto explained. “He was on the throttle, he didn’t feel sufficient torque from the engine, but there was nothing wrong.”