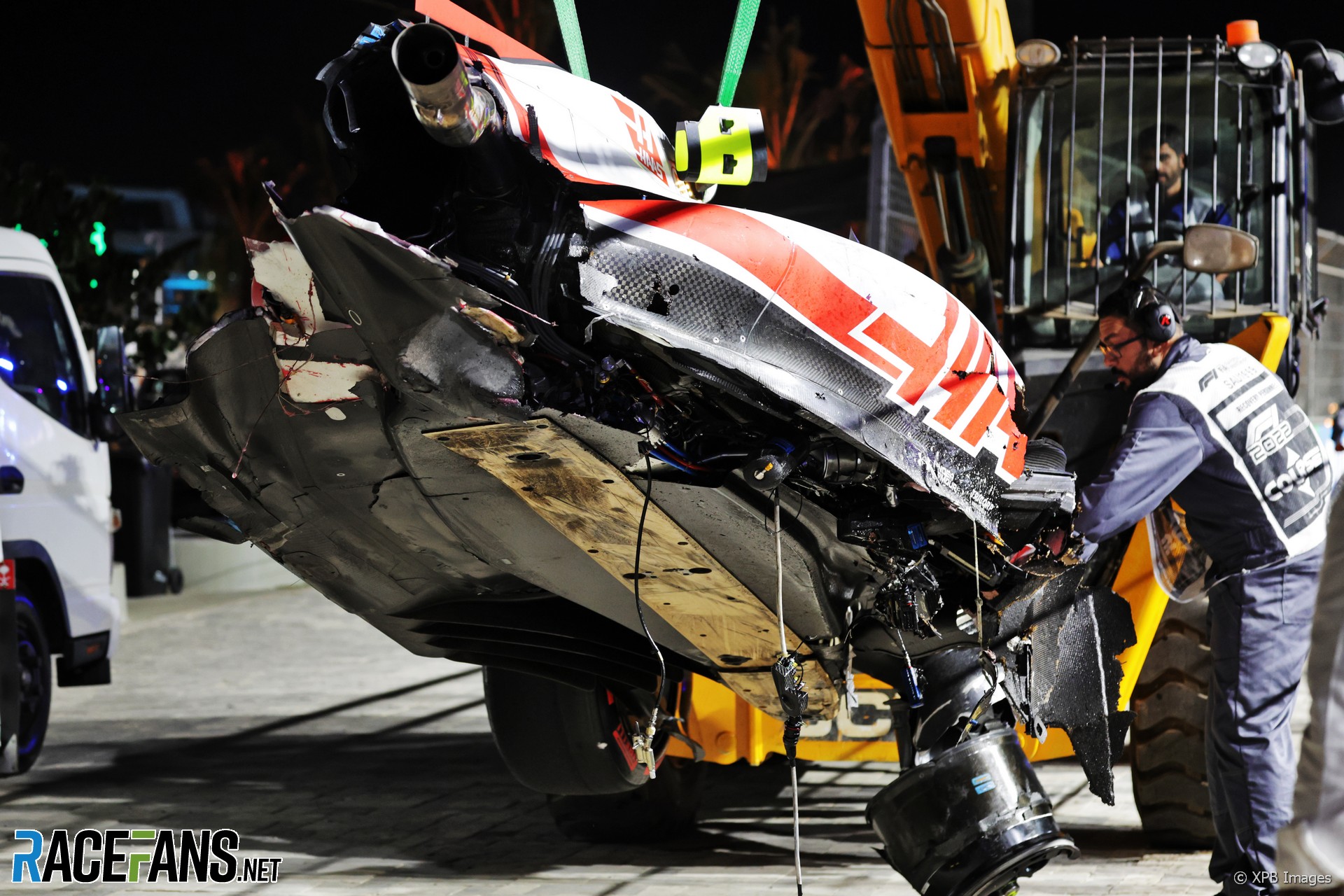 Mercedes say there is a genuine safety concern behind the FIA’s move to change the design of cars’ floors for the 2023 Formula 1 season.

The sport’s governing body announced last week it intends to introduce new technical regulations for next year forcing teams to make changes to their floors. The FIA intends to reduce the phenomenon of porpoising some teams have experienced this year which it described as “a significant safety matter”.

The move is being opposed by some, including Red Bull, who pointed out not all teams have suffered from porpoising. However Mercedes’ head of trackside operations Andrew Shovlin said there are other safety concerns relating to the current design of the cars.

“Some teams wanted change, some wanted no change,” he said in today’s FIA press conference at Paul Ricard. “I think the compromise was just coming from teams that thought there will be a change, but we want it to be as minimal as possible.

“As we said, as teams we can probably all mitigate this. But if we want to actually get the cars running in a different way, these regulations will always have a car that wants to run very flat on the road.

“There have been a few notable accidents this year where the car is bottoming on the plank, as part of that, a driver loses control, goes over kerb, and it’s been the car hitting the ground that’s actually caused them to land in the barrier at speed. So that’s the bit, the safety argument, I think it’s as much about that as about the comfort.”

Red Bull team principal Christian Horner claimed the scale of the changes planned by the FIA was too drastic and had been announced too late in the day. Shovlin said the financial impact of the changes was ”practically nil”, but admitted he was keen for the matter to be resolved and final regulations agreed.

“What we would like is clarity. Are they going to change? If so let’s get on with it and agree it.

“Our stance with the FIA has always been that as a team, we need to fix our problems ourselves. And we set that as an objective from day one, and we’re pretty confident that we could achieve that objective. So that’s why I say for us the big thing is we just want clarity on it.

“But the reality is that these cars will always run close to the ground, they’ll always be banging on the road. And whilst you can mitigate that and improve it, if we want to actually change it fundamentally, then it will need a change to the regulations.”

While Horner suggested the FIA’s action has been prompted by “lobbying” from a “certain team”, Shovlin pointed out there was no reason to assume a change would necessarily benefit Mercedes. He drew a comparison with the alterations to cars’ floors introduced in 2021 which proved disadvantageous to his team.

“You can understand the conundrum of teams that don’t want the regulations to change. We don’t know, as Mercedes, that a regulation change will suit us.

“If you think back to 2020 into 2021, we didn’t know that regulation change was going to hurt a low ride height car like ours and barely affect a high ride height. So we’re certainly not in a position of saying regulation changes are definitely going to be in favour of Mercedes.

“Our stance would be that if we want to solve some of the fundamental issues, you’re not going to do that leaving the rules alone. But when that rule came in 2020 on safety grounds Red Bull weren’t opposing it, Ferrari weren’t opposing it from the viewpoint of governance. But importantly, Mercedes weren’t opposing that change. But it happened, it didn’t suit us, and it happened.”

“There’s obviously been some discussion on the porpoising issue and the FIA have raised the concern over driver welfare and safety which is definitely the correct approach. So we’ve been supportive of this, I think you can row back on a safety issue.

“I know there’s been a concern from some teams. Given, as a team that hasn’t particularly suffered from porpoising, we’re still in favour of it because we think it’s the right thing to do.”

The changes the FIA have proposed are not especially drastic, according to Key. “I think the sorts of things that have been proposed, they’re big enough to have to put fresh research onto it. Not everything is going to carry over in terms of your aerodynamic knowledge. There will be a few impacts on things like packaging and that sort of thing.

“But personally I don’t see it as a radical change enough to where you’ve got to step back and think, we’ve got to re-lay the car out now, because all of these things require something different.

“So I think there’s going to be a similar thread to what we’ve learned this year, but there will be a bit of fresh research based on things that we’ve already established. Floor height, for example, if that changes, it’s going to be broadly the same floor, just a bit higher. So what does that mean for us rather than something totally unfamiliar.”