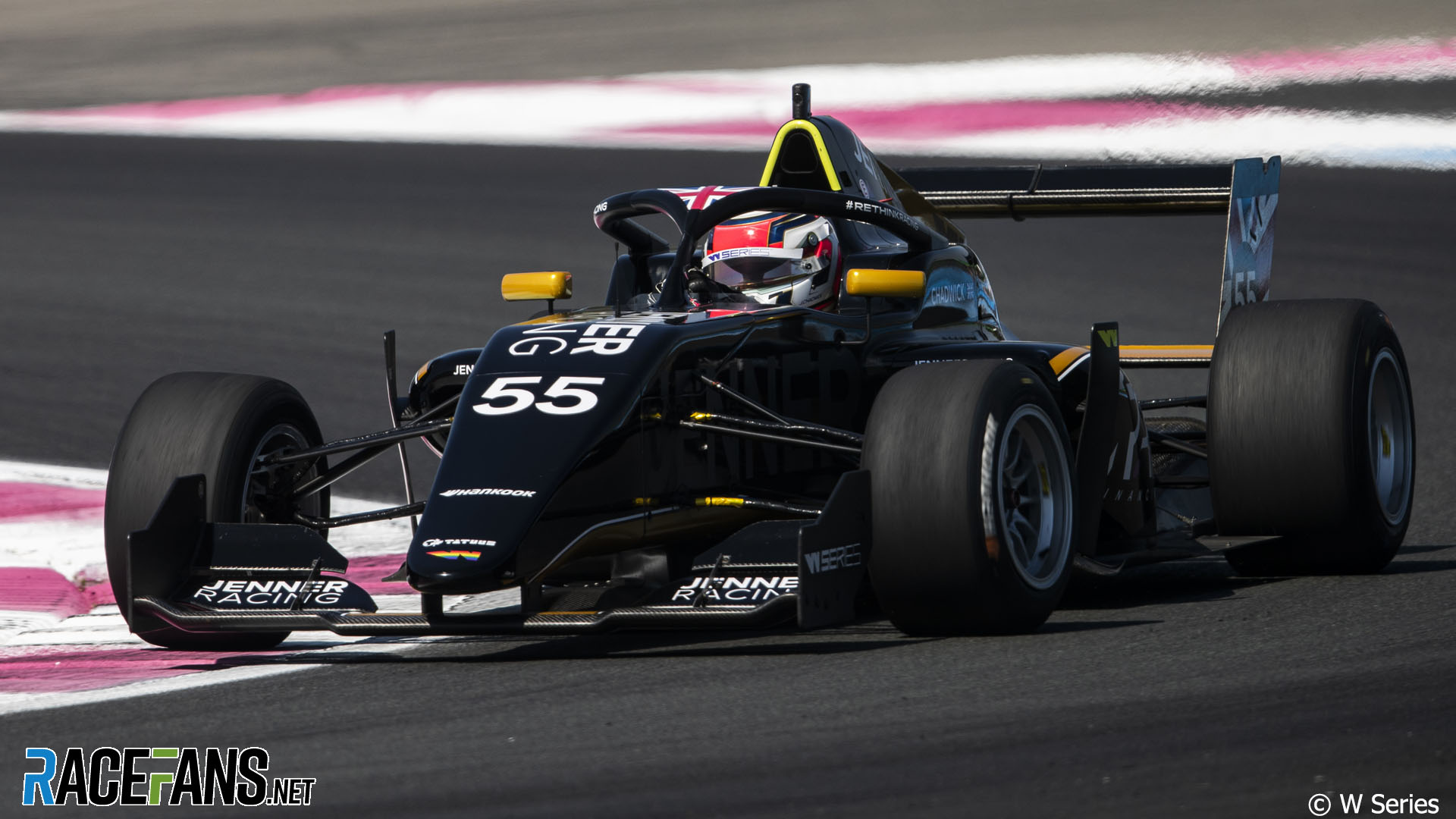 Jamie Chadwick claimed her fifth win of the W Series season at Paul Ricard, retaining her perfect record in 2022.

Chadwick had claimed pole in the Friday evening qualifying session, however, she was demoted to third on the grid after crossing the pit lane exit line. Beitske Visser subsequently became the pole sitter, with Nerea Marti joining her on the front row. Marta Garcia lined up alongside Chadwick in fourth.

A collision off the line saw Abbie Eaton’s race end in the opening metres. Eaton got a good start, making progress up the grid before hitting Marta Garcia’s car and being launched breifly into the air before slamming back down onto the track, damaging her car.

Chadwick overtook Visser out of turn three and claimed the lead into turn four, before a Safety Car was called to retrieve Eaton’s car.

The Safety Car came in with 22 minutes of race time remaining, with Chadwick holding the lead. However, it was a relatively short lived return to green flag racing.

Chloe Chambers retired from the race following contact with Emely de Heus, who was given a ten-second stop-go penalty for the collision. Chambers’ stranded car prompted another, relatively brief, Safety Car intervention.

The restart saw Visser challenge Chadwick for the lead, briefly gaining the upper hand but Chadwick was able to cut back at Visser through turn six and re-extend her lead, while Visser’s race began to fade.

Nerea Marti moved herself back into podium contention with a move around turn four to demote Visser. With ten minutes to go, Chadwick had a two second lead and claimed the fastest lap of the race

Chadwick crossed the line 2.4 seconds ahead of Garcia, with Marti completing the podium. She has now won every race of this W Series season and hold a commanding championship lead of 70 points over Pulling.