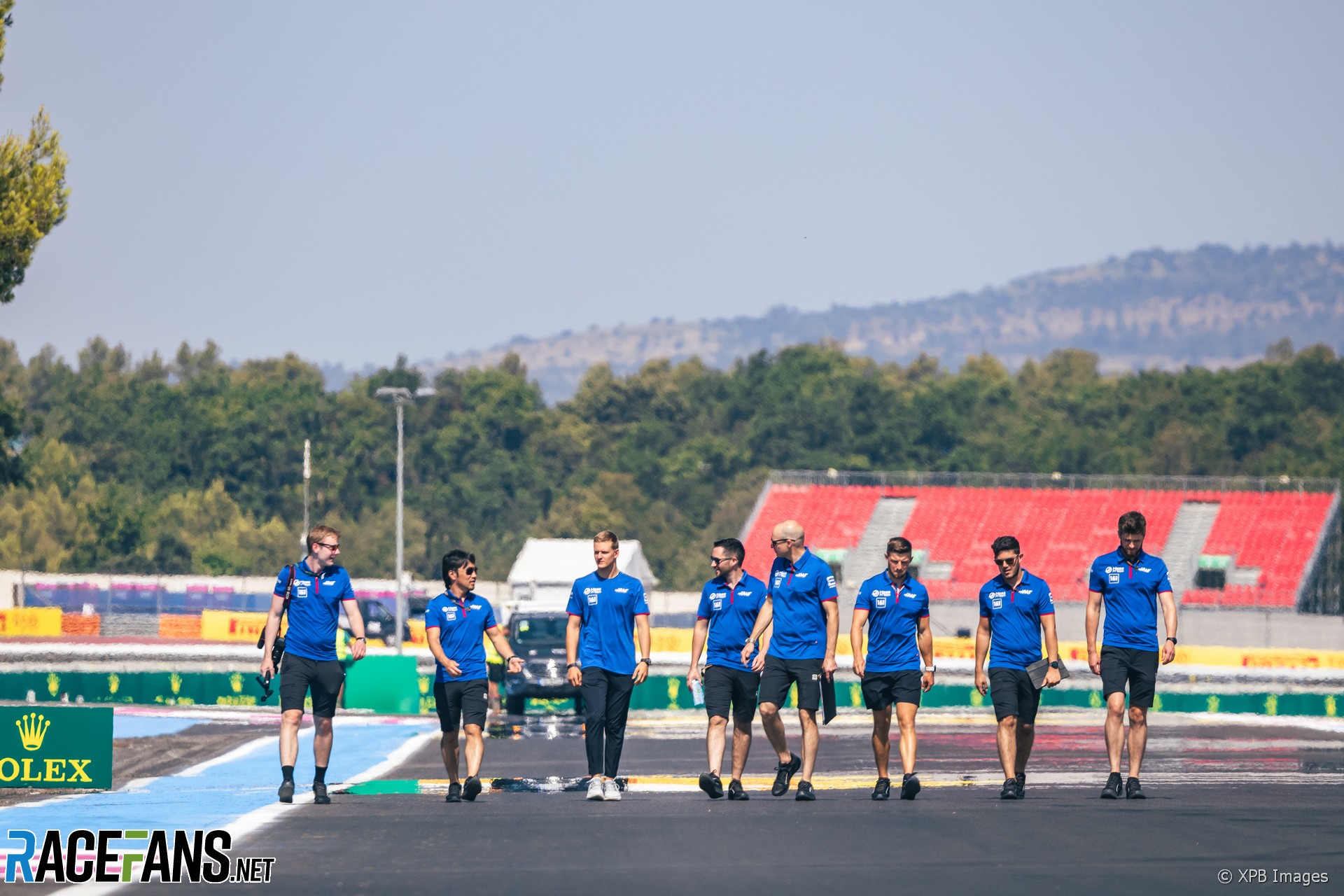 Hot, sunny weather is expected across all three days of running during the French Grand Prix weekend with not a single drop of rain likely to fall onto the circuit across the event.

With Europe now in the height of summer – and several parts of the continent experiencing a heatwave – it is little surprise that the weather in southern France will be seasonably hot, with nothing but clear skies expected over Paul Ricard from Friday to Sunday.

However, thankfully, the weekend should not see drivers subjected to some of the more extreme heat seen in Europe in recent days.

The opening day of practice should see temperatures at around 30C, with maximum temperatures of around 32C. Saturday should be slightly warmer, although not too significantly with a top of around 34C for qualifying day. Finally, Sunday could be the hottest day of the weekend, with drivers facing maximum heat of 35C on yet another clear day under the sun.

Track temperatures topped out at 48C during second practice last year, but that was in cooler ambient conditions than are expected across all three days this weekend. The asphalt surface should therefore easily reach the mid-fifties this year.

Should these forecasts prove accurate, this weekend’s French Grand Prix will comfortably prove the hottest weekend since the event returned at Paul Ricard in 2018. This will partly be a consequence of the race being held a month later than the three previous rounds held at the modern circuit, which all took place in June.

But despite the heat, the French Grand Prix may not turn out to be the hottest race weekend of the 2022 season so far. May’s Spanish Grand Prix saw sweltering temperatures of up to 37C.

However, teams will still be taking precautions for the heat this weekend. Not least of which being Ferrari, according to the team’s head of aero development, Diego Tondi.

“The high temperatures predicted for the French Grand Prix this weekend mean that ensuring the power unit and the tyres perform at their best is a real challenge and it’s up to those working on the aerodynamics to take the appropriate countermeasures,” Tondi explains.

“We will use a medium-high level of bodywork cooling, using the apertures of the cooling gills on the upper part of the bodywork and we will work on the brake ducts to maximise rim cooling, with the aim of getting heat away from the tyres. The track characteristics mean that we would have been doing this anyway to contribute as much as possible to tyre management, but the hot conditions will make this task even more demanding.”