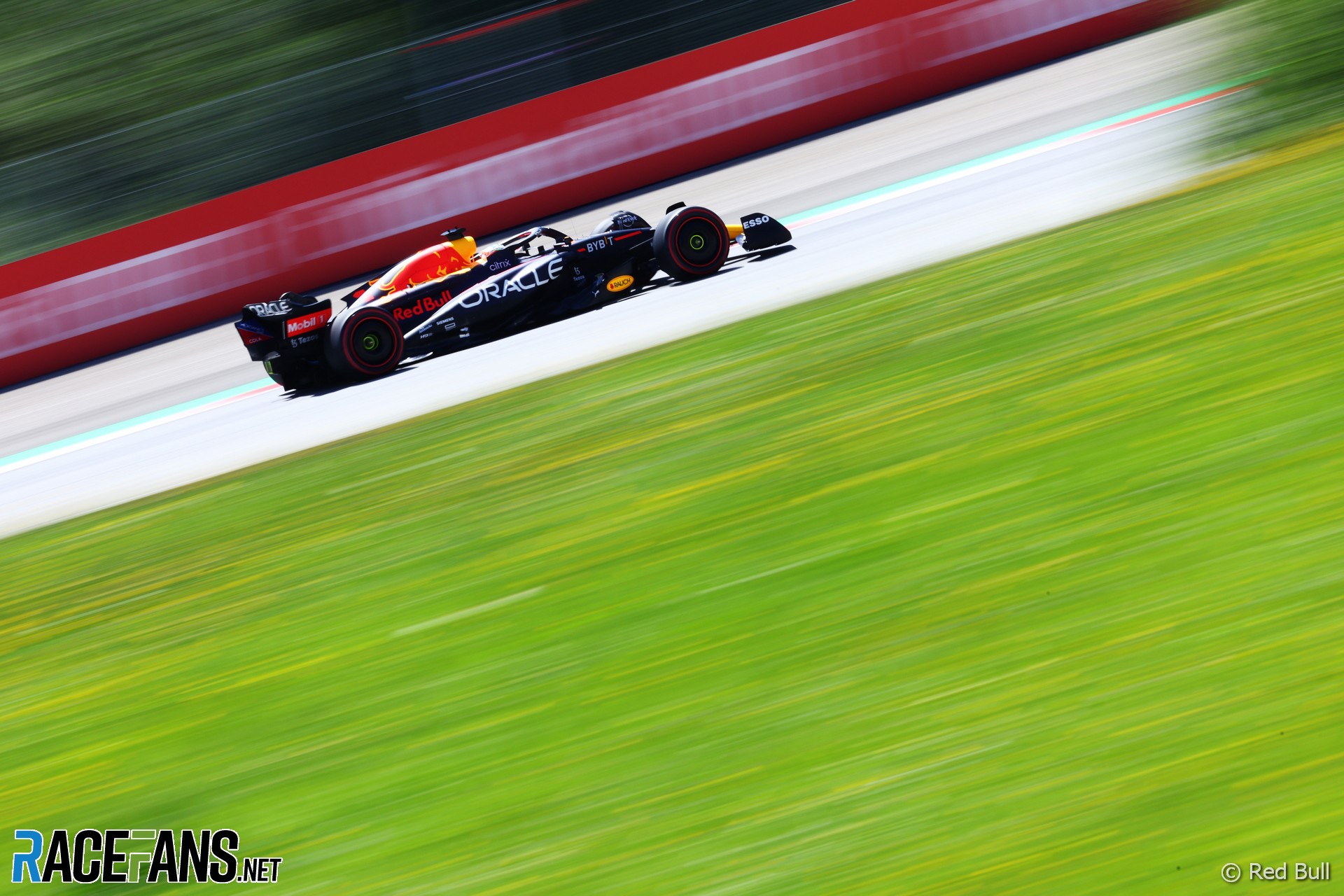 Red Bull team principal Christian Horner has insisted his car’s floor is not flexing excessively after the FIA issued a technical directive clarifying the relevant regulations.

His opposite number at Mercedes, Toto Wolff, described the clarification as a “shocker” when it came to light during the British Grand Prix weekend.

Wolff said he “believe that some teams have been stretching that maybe too much and that’s going to change before Paul Ricard.” However the FIA today confirmed the enforcement of the new technical directive clarifying the floor regulations had been delayed from the French round until the Belgian Grand Prix, following the summer break.

Horner told Sky it was “total rubbish” to suggest some teams had avoided the ‘porpoising’ problem Mercedes and others have suffered from because their floors flex more than their rivals.

He said Red Bull have no concerns over their compliance with the rules. “Maybe he’s referring to the cars that are around him at the moment, I’ve no idea. But there’s absolutely no issues or concerns on our floor.”

The FIA’s efforts to restrict the porpoising of F1 cars has provoked criticism from several teams, notably Red Bull, since they began when the first technical directive was announced ahead of the Canadian Grand Prix.

Horner pointed out the porpoising several drivers suffered from had lessened at Silverstone,a much smoother circuit than several previous venues.

“The technical directive is obviously focussed on this bouncing or the porpoising which only certain cars have struggled with. I think it’s due for further discussion in the technical working group, which is the correct forum for it.