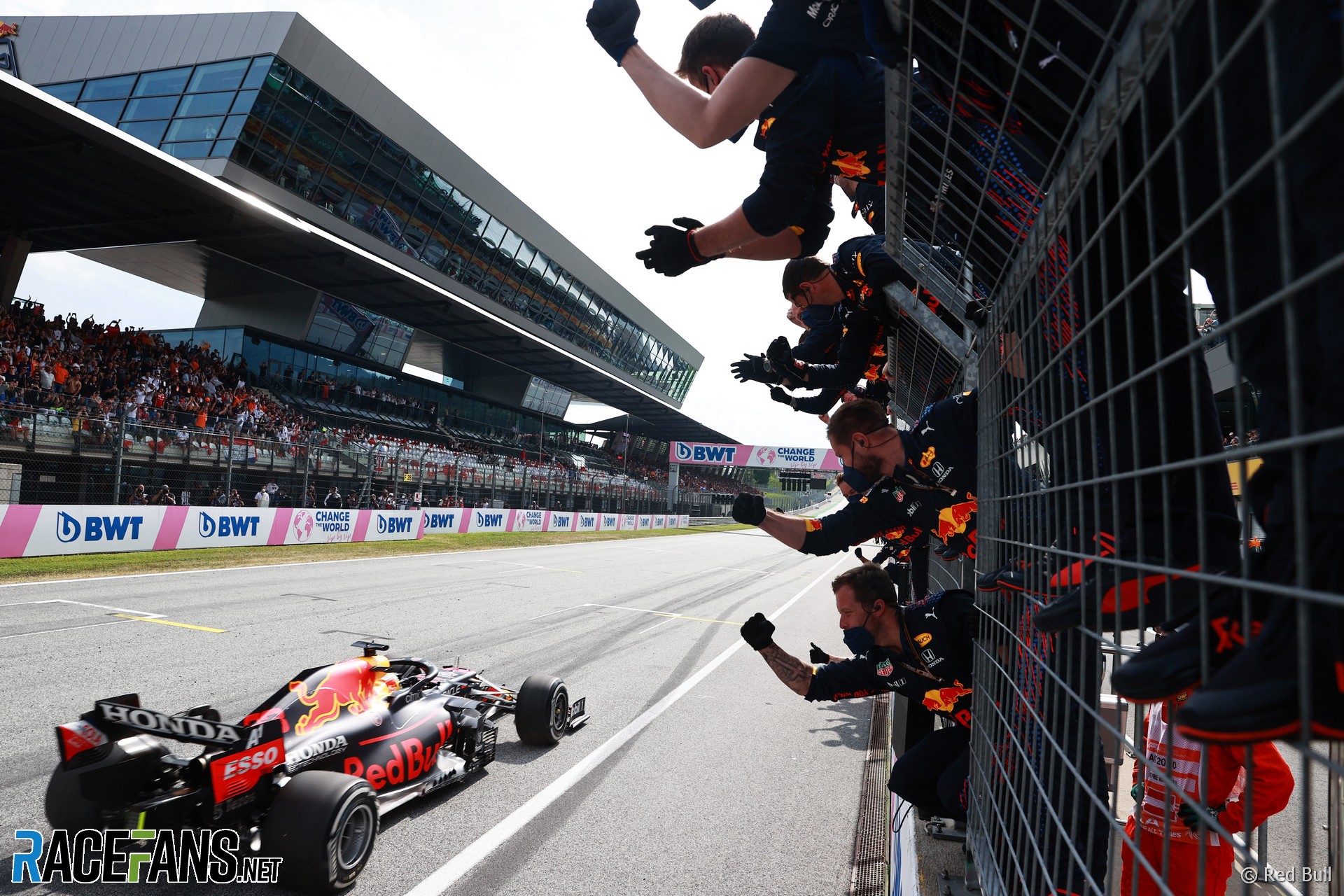 Will Max Verstappen continue to dominate around the circuit bearing the Red Bull name? And will Lando Norris snatch another podium at a circuit where the McLaren driver has enjoyed repeated success over the years?

The Red Bull Ring may be named for the owners of the world champion’s race team, but it may as well be rebranded as the ‘Verstappen Ring’, given how successful he has been at the Austrian circuit in his Formula 1 career.

In nine total races around the Spielberg circuit in his seven seasons in Formula 1, Verstappen has won four times and taken six podiums at the venue – his best record of any of the 22 circuits on the calendar. Last year, Verstappen emboldened his championship challenge significantly by winning both races held at this circuit from pole position, underlining how strong he is around the 10-turn track.

Despite Ferrari claiming their first victory since April at Silverstone last weekend, Verstappen had been leading the race before a chunk of AlphaTauri found itself in the wrong place at the wrong time and compromised Verstappen’s race.

While Verstappen still holds a commanding lead in the drivers’ championship, he will head into this weekend full of confidence that he can secure maximum points at perhaps his strongest venue. For his title rival Charles Leclerc, out-scoring him here would provide some recompense for the win he lost to his rival at this track in a contentious clash three years ago.

Since the onset of the Covid pandemic in 2020, the Red Bull Ring has become accustomed to hosting multiple Formula 1 races in the same season, with the Styrian Grand Prix added to both the 2020 and 2021 calendars to help bolster the number of races in the championship.

With its long straights leading into tight corners, the Red Bull Ring naturally presents plenty of opportunities for overtaking, which may lend itself well to action during the sprint race on Saturday. Also, with more championship points available for sprint races this season and the front of the field starting to get tighter at the British Grand Prix, the modest points that are available on Saturday afternoon may become more valuable as a result.

However, this Austrian circuit does have a fascinating history of producing unusual and unexpected grids in qualifying – including Giancarlo Fisichella taking pole for Benetton back in 1998 and the two Williams of Felipe Massa and Valtteri Bottas locking out the front row in 2014.

Are Mercedes back in the fight?

After two tricky race weekends around street circuits in Monaco and Azerbaijan, Mercedes enjoyed a much better time around the Circuit Gilles Villeneuve in Canada and seemed to be very optimistic about their performance heading to the smooth, high speed venue of Silverstone.

In practice, it appeared that Mercedes may well be able to mix it up with Ferrari and Red Bull for possibly the very first time all season. However, a botched strategy in a wet qualifying session saw them start further down the order than they would have liked, before the ugly accident at the start eliminated George Russell from the race barely 300 metres into the event.

Without the worry of uneven surface and bumps around Silverstone to cause him discomfort and impact his W13’s handling, Lewis Hamilton drove himself into genuine contention during the British Grand Prix, causing major headaches for the leading Ferraris as they struggled to work out how to contain the sudden threat from the Silver Arrows.

While Hamilton eventually had to settle for third behind Ferrari and Red Bull, his impressive race pace will have furrowed brows on the pit walls of his team’s rivals and the Red Bull Ring is the ideal kind of circuit to test whether Mercedes’s Silverstone pace was a flash in the pan, or an indication that they truly are close to catching the two teams who have dominated the season so far.

If Mercedes can back up their Silverstone performance by getting involved in the fight at the front in Austria, it could be the biggest sign yet that the second half of the 2022 season could be more competitive at the sharp end of the grid than the first part of the year proved to be.

Will Norris continue to pile pressure on Ricciardo?

Behind the ever-tightening battle at the front of the field, Lando Norris is gradually establishing himself in the hotly-disputed seventh place in the drivers’ championship – that is, the best performing driver not in the a top-three team.

As the gap between Norris and McLaren team mate Daniel Ricciardo threatens to widen as far as it did last year, Norris will arrive at the Red Bull Ring knowing that, just like Verstappen, this has been one of his strongest circuits of his relatively short Formula 1 career. After storming to a memorable first podium during the opening race of the 2020 season in Austria, Norris took his fourth podium finish during the Austrian round here last year.

With podium appearances at Red Bull Ring in Formula Renault, FIA Formula 3 and Formula 2, Norris has become well-acquainted with the Spielberg rostrum. While it will be difficult for him to add to his tally this weekend, McLaren will be hopeful that Norris will help to further strengthen their fourth place standing in the constructors’ championship.

The last two qualifying sessions in Canada and Great Britain have been held in wet conditions, presenting plenty of challenges for drivers simply to keep their cars pointing the right way on the road. The one small benefit of wet tracks during qualifying is that drivers cannot afford to back off too much while out on track to make the most of the limited grip available, meaning there were hardly any instances of drivers allegedly impeding rivals during their flying laps.

In the dry, the situation changes completely. In Spain, Monaco and Baku, there were plenty of examples of drivers complaining about catching rivals dawdling on or around the racing line during their hot lap attempts and this weekend, there are plenty of reasons to fear what could happen during Friday afternoon’s qualifying session.

Back in 2021, there were frightening scenes of cars queuing up around the final two corners of the circuit in an attempt to give themselves a clear track with which to start their flying laps. In the most egregious incident in Q2, Fernando Alonso had to slam on the brakes approaching the final corner when he suddenly found Sebastian Vettel’s Aston Martin sitting on the racing line at the end of his hot lap.

The wet qualifying sessions of the last two rounds may have conveniently reduced the dangers of drivers out of sequence tripping over each other, but with the long straights around the Red Bull Ring making everyone reluctant to give a rival a slipstream, there’s a real risk we could see more near-misses in Friday’s qualifying session.

Are you going to the Austrian Grand Prix?

If you’re heading to Austria for this weekend’s race, we want to hear from you:

Who do you think will be the team to beat in the Austrian Grand Prix? Have your say below.