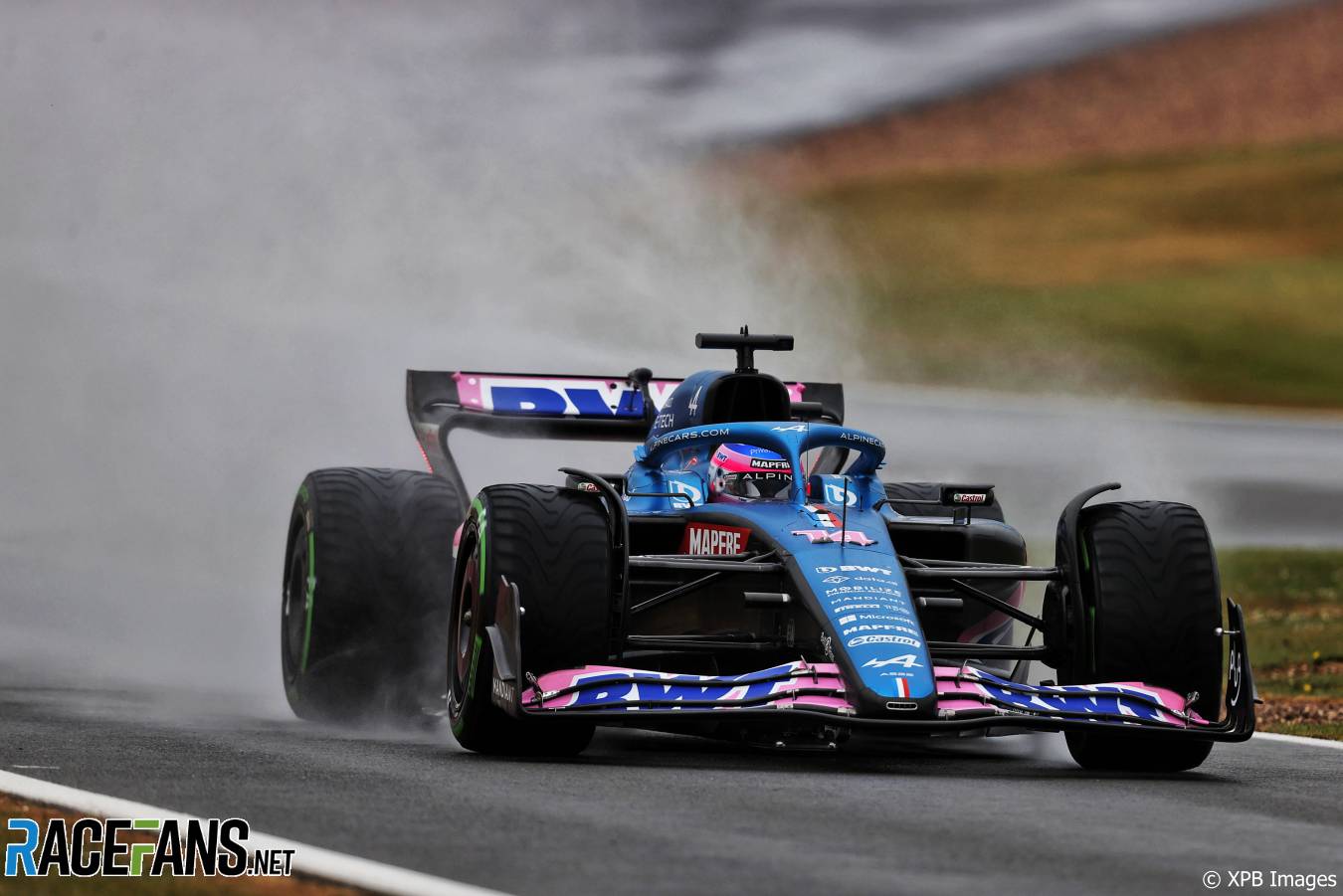 Fernando Alonso says he could have qualified higher on the grid for today’s British Grand Prix after running out of charge in his battery as he began his final lap in qualifying.

The Alpine driver briefly led the times as Q3 began on a wet track at Silverstone. “Q1 was okay, Q2 okay and Q3 in the first lap we were P1,” he said. “I thought okay, this is going quite well.”

But with the track drying and more rain threatening, Alonso wasn’t able to coincide his final lap of the session with a full charge in his battery.

“Obviously you need to start timing to cross the line as late as possible in the session but with the battery full as well,” he said. “So you need to recharge just the lap before and we didn’t have that much margin.

“We went for a push on the lap before. At the end we managed to cross the line within the seconds of margin, but with no battery anymore. So effectively my best lap was like two laps before the red flag, so it was very early in the session to really perform better. So we lost maybe a couple of places because of that.”

Alonso said he didn’t want to take the performance hit of not draining the battery fully on each flying lap, and recharging it in between.

“Sometimes when you split it for two or three laps, [the state of charge], maybe you lose four or five tenths. And when you see the classification you cannot afford to be four tenths slower just because you want another lap. It was very tricky and it was tight.”

However he doesn’t believe he would have stood to gain much in the race by qualifying a few places higher.

“I think if you qualify in front of Lewis [Hamilton] or George [Russell], Norris or something, maybe tomorrow you end up in your natural position. So at the end P7 I think is where we will fight, it’s okay.”