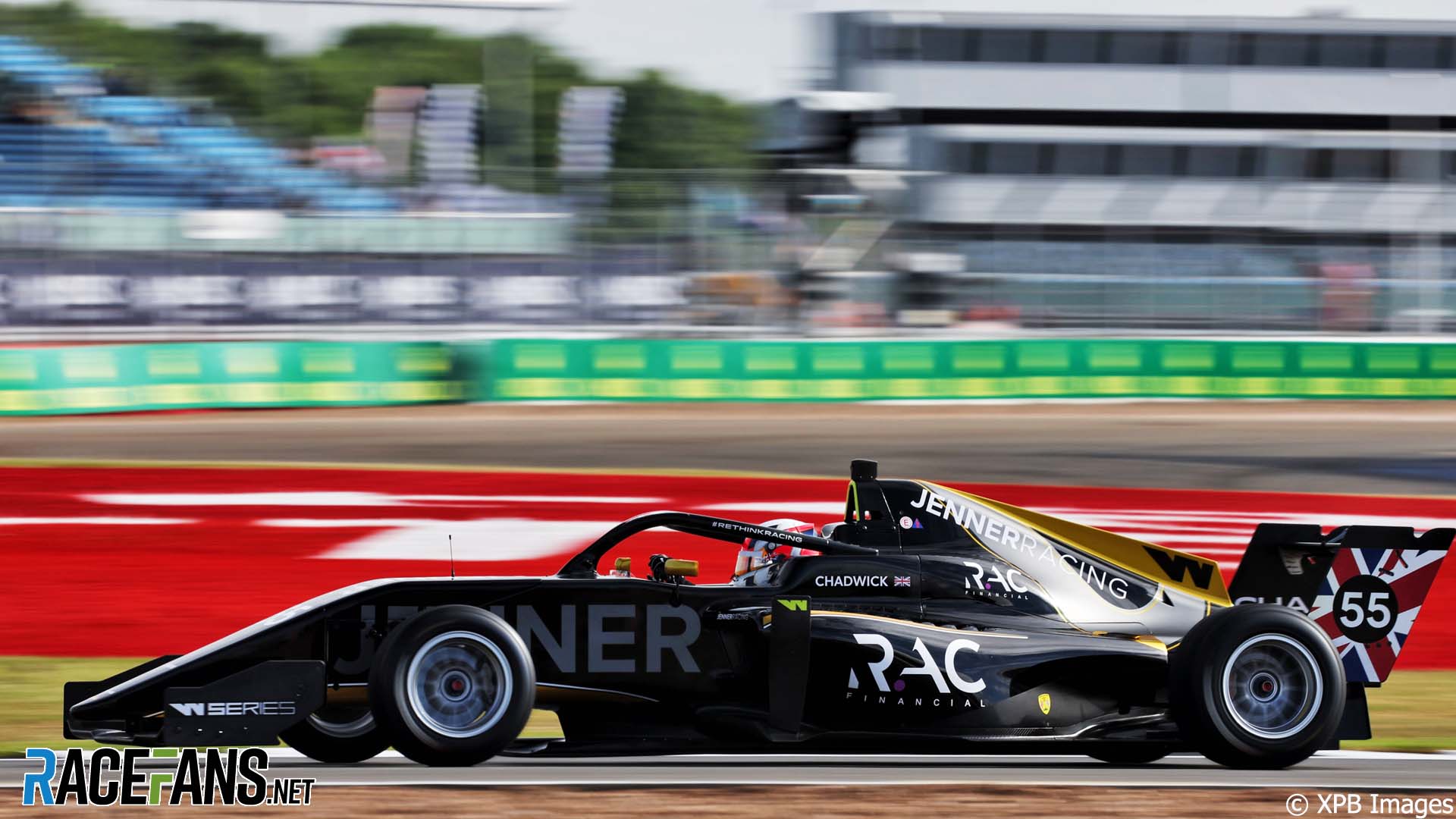 Jamie Chadwick won her home W Series round from pole, extending her title lead with a fourth consecutive victory.

Chadwick had taken pole from Emma Kimilainen, with Alice Powell third after her qualifying lap had been reinstated by stewards after being originally deleted for track limits.

At the start, Chadwick got away with the lead, Kimilainen initially looking as though she had a better launch but unable to beat the title leader into the first corner. Powell held onto third but Pulling was beaten to fourth by Fabienne Wohlwend into turn one.

Before the end of the first lap, Powell was noted as under investigation for being out of position ahead of the Safety Car line during the formation lap. She was issued a ten-second stop-go penalty, effectively ending her race.

Jessica Hawkins flew past Abbie Eaton through Copse to take sixth, feeding Eaton back into the chasing pack. A lock up for Wohlwend with 22 minutes to go saw her lose places to Abbi Pulling and Beitske Visser, dropping her down to fifth.

Marta Garcia was forced to pit for a new front wing with 19 minutes left in the race, following contact with Emely de Heus. Her original wing was trapped beneath the car, her race effectively destroyed by a long stop that became an extended mechanical operation.

By the halfway point in the race, Chadwick had a more than five second lead. However, with thirteen and a half minutes remaining, rain started falling around Silverstone.

Chadwick, out ahead on her own, was able to extend her lead by another second, while the centre pack of drivers continued to fight. Eaton made an attempt to take back sixth from Hawkins but otherwise drivers seemed to settle as the rain failed to reduce grip levels by enough to cause drivers too much difficulties.

Chadwick, meanwhile, had crossed the line 19.4 seconds ahead of Kimilainen, extending her clean sweep of W Series wins so far this season. Pulling crossed the line in third place to complete the podium, just ahead of Wohlwend.