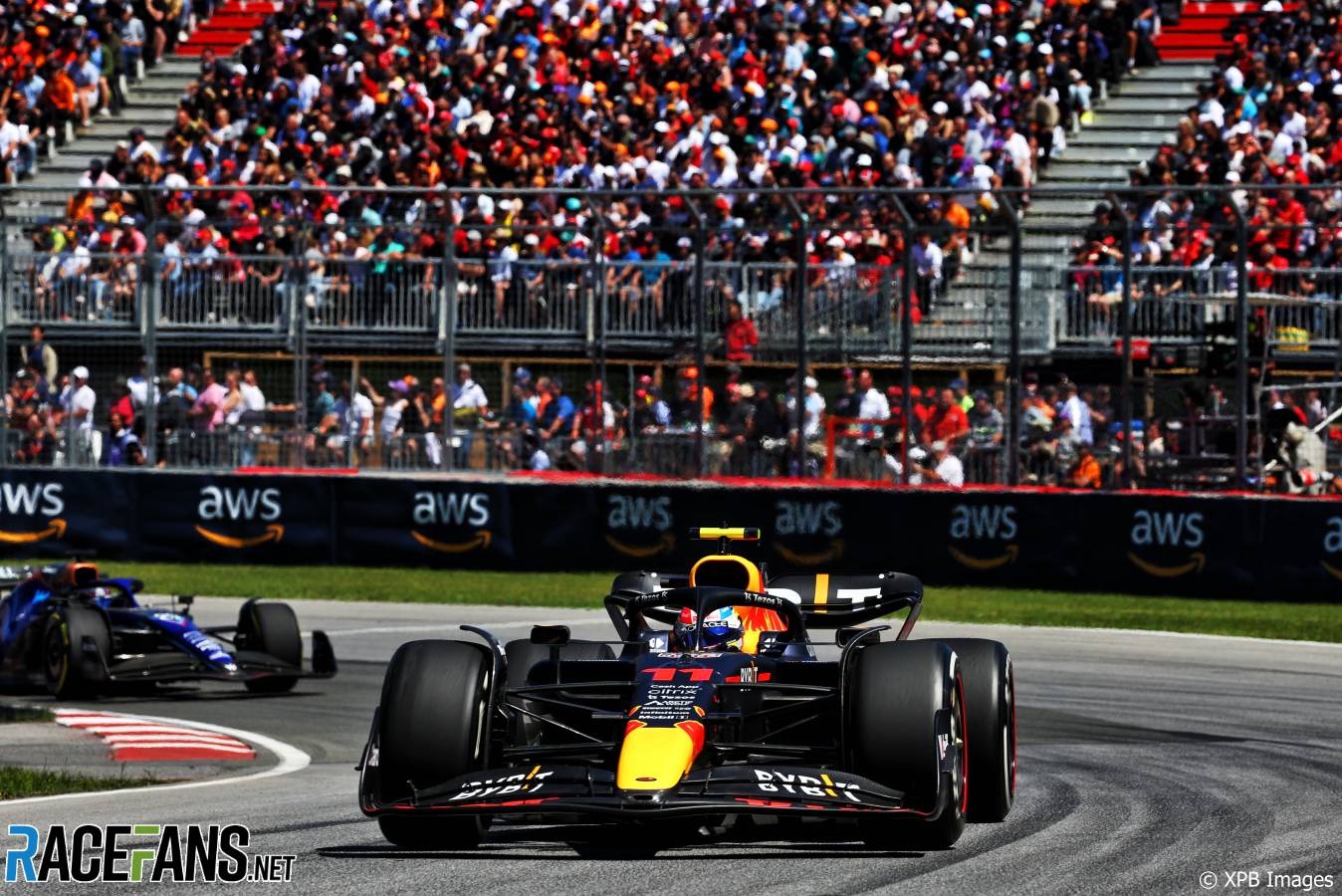 In the round-up: Sergio Perez says he finds Red Bull’s latest car easier to get on with than the one he drove in his first season with the team last year.

Perez taking less time to get comfortable in 2022 Red Bull

Perez has already taken one win and his first career pole position this year, and lies second in the world championship. Having found last year’s RB16B a challenge to drive, Perez says he finds the team’s current car more user-friendly.

“I’m definitely more comfortable with the car than I was last year,” he said. “For example, it took me a bit longer to adapt to last year’s car. This year I can feel that already from FP1 I can start working on the car instead of working how to exploit the maximum out of the car. So that’s a huge difference over the weekend.

“When I go into qualifying I’m much more prepared and similarly when I go into the race I think we’ve got a good platform. I’m confident with the car and I know what I have to do with the team to take the most out of it.”

Fernando Alonso has spoken up in support of Michael Andretti’s bid to join the Formula 1 grid. The Alpine driver, who raced for Andretti at the Indianapolis 500 five years ago, believes they would make a strong 11th team.

“They are very good organisation, very professional, they have a lot of good guys there,” said Alonso. “Formula 1 is a different level for sure but they have the passion for motorsport and it will be super good, I think, for the sport to have Andretti name on the grid.”

'Red Bull will continue to dominate this championship. They have a car that is very good on downforce levels, on all compounds of tyre.'

'It’s nuts to do Australia, Melbourne as a standalone race. Absolutely nuts'

New owner hopes to take Lola back to Indy (Racer)

'At the moment, that’s not possible because it’s a single-make spec chassis, but could that change down the line? Sure, and I would like to have Lola in a position to make a credible play at being back at a place like Indy if and when the regulations allow for it.'

Pedersen to drive in first IndyCar test with JHR (IndyCar)

Kevin Magnussen shouldn’t have been forced to pit for a front wing change due to damage during the Canadian Grand Prix, says Nick T:

We should be talking about that insane black and orange for Magnussen instead. Ocon even admitted he wasn’t worried and only complained over the radio hoping to get past him. Magnussen also rightly pointed out that in Jeddah Hamilton kept going with half his wing off and said Hamilton should have been allowed to do that too.

F1 is becoming such a sissy sport due to the zero risk tolerance of the race directors. Do they even have actual former racers making the calls?
Nick T

There’s still time to join in this weekend’s Caption Competition: