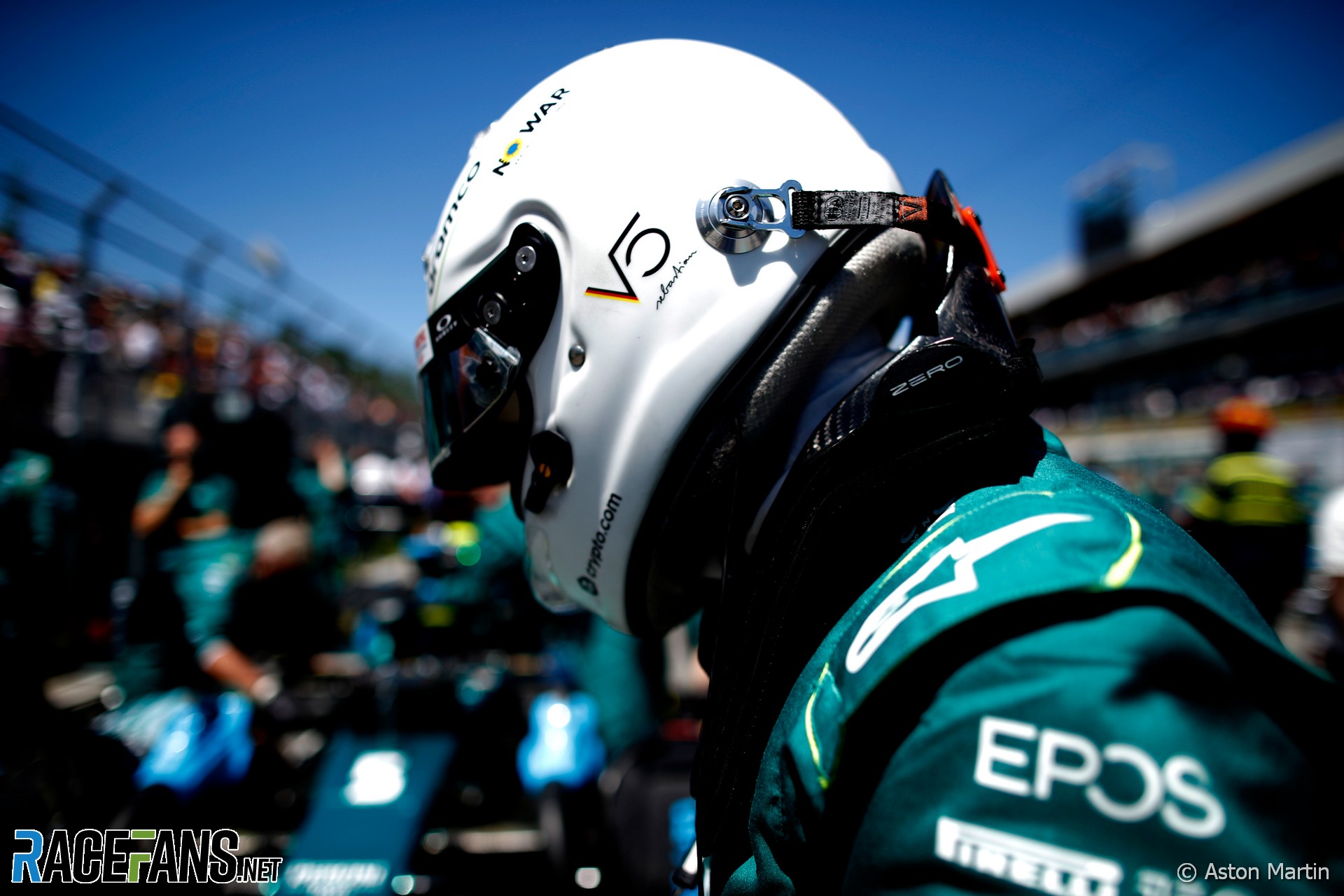 However his Aston Martin team insisted they did not require him to stop wearing the helmet, which he sported on Friday and Saturday at the Circuit Gilles Villeneuve.

Vettel’s helmet and accompanying T-shirt bearing the slogans “Stop mining tar sands” and “Canada’s climate crime” made him a focus of attention after a local political accused him of “hypocrisy”. Aston Martin team principal Mike Krack denied the team had told him to stop wearing the design.

“No, no,” he said when asked. “I mean, he wanted to create awareness with the T-shirt and the helmet. And then at one point, he decided the awareness is created, let’s say, and that was it, and took it off. And he cannot wear the same T-shirt every day!”

Vettel reverted to the ‘No War’ helmet design which he has worn since the start of the season in response to Russia’s invasion of Ukraine. This also provoked controversy as it originally included the flag of a disputed region.

Krack said Vettel ordinarily briefs the team on his choices of alternative helmet design, which have become increasingly political in recent years.

“He informs us normally what he’s doing and then we agree how to do it,” said Krack. “Normally, you have seen in past weeks, that it was mainly a Friday thing or Friday, Saturday and then also here. But he’s free to decide. We talk about it.”