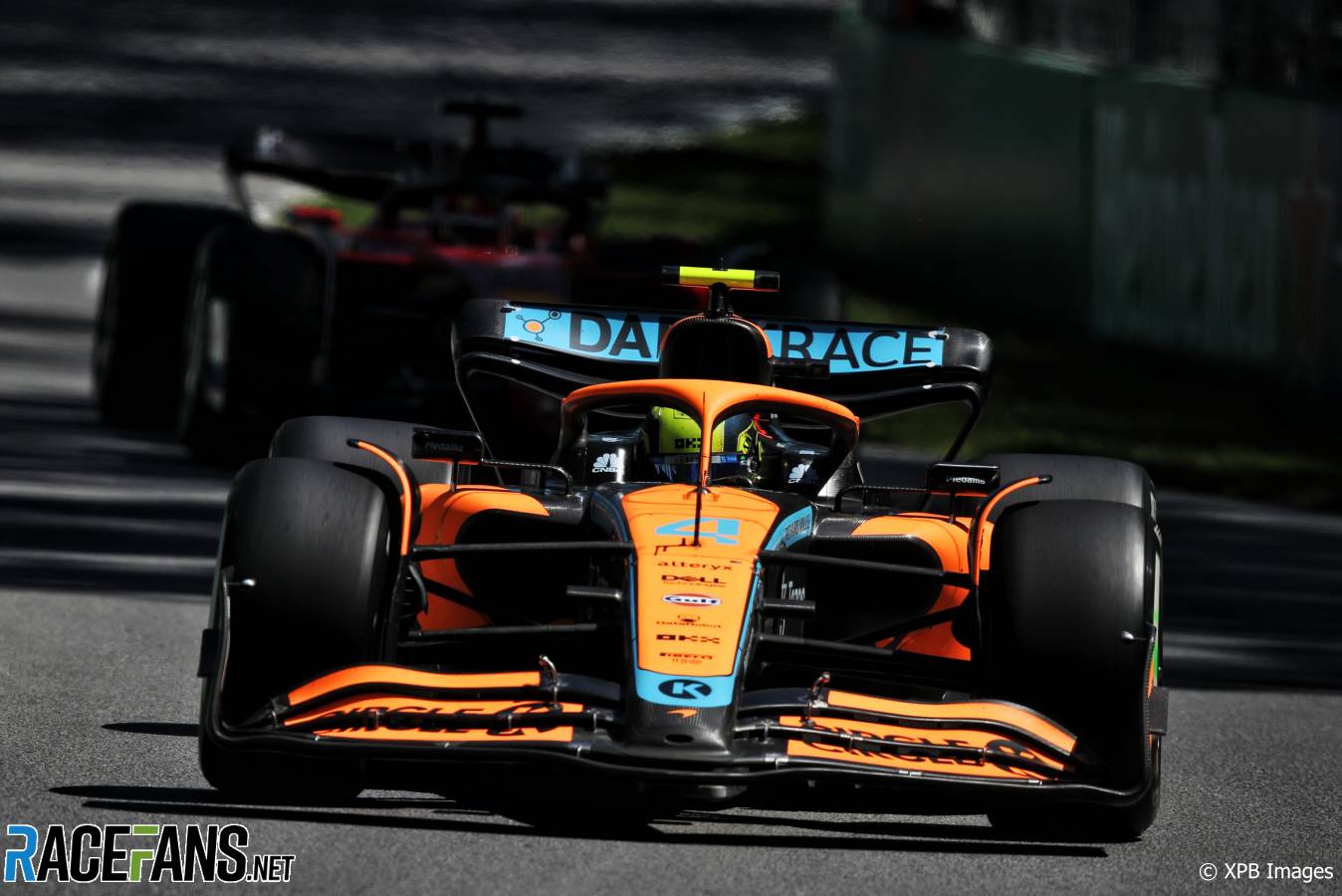 Lando Norris said the Canadian Grand Prix was a wake-up call for McLaren that their car is not competitive enough.

Neither McLaren driver scored after encountering a series of problems during the weekend. Norris was compromised by a power unit fault in qualifying and both drivers were delayed by a slow pit stop when McLaren attempted to service both cars consecutively during a Virtual Safety Car period.

Norris’s troubles were compounded by a five-second time penalty for speeding in the pit lane. He finished 15th, while team mate Daniel Ricciardo dropped out of the points places with eight laps to go.

“I think just everything went wrong today,” Norris reflected. “There was just not many positives at all.”

McLaren’s form has been patchy this season. Norris reached the podium at Imola but hasn’t finished in the top five since. He said their lack of performance in Canada showed “the car’s not good enough.”

“At times it’s strong,” he continued, “I was a little bit more optimistic after Friday that we could achieve more today.

“But when I was stuck behind the Williams they’re so fast, probably the quickest in the straights, and we’re probably the slowest in straights and then it’s literally impossible to overtake so we can’t do anything.”

He believes the result shows how far off the pace McLaren’s car is. “It’s just not anywhere where we want it. A day like today is probably a good thing in that it shows we’re just a long way off and we have to keep working very hard, keep trying a lot of different things.

“Maybe at times things look great, but it’s never really like genuine pace. We’re a little bit there on luck sometimes and a day like today when it’s just more simple and you don’t have luck on your side, it shows where you’re actually at.”

McLaren team principal Andreas Seidl said Norris’s power unit suffered a sensor failure on Saturday but it should be repaired so it can return to use. The team will investigate the errors which led to the slow pit stops for both drivers.

“I don’t want to go too much into the detail because that’s something we have to review internally, as a team, what went on there,” he said. “It was down to communications issue within the team and that was causing the delay.”