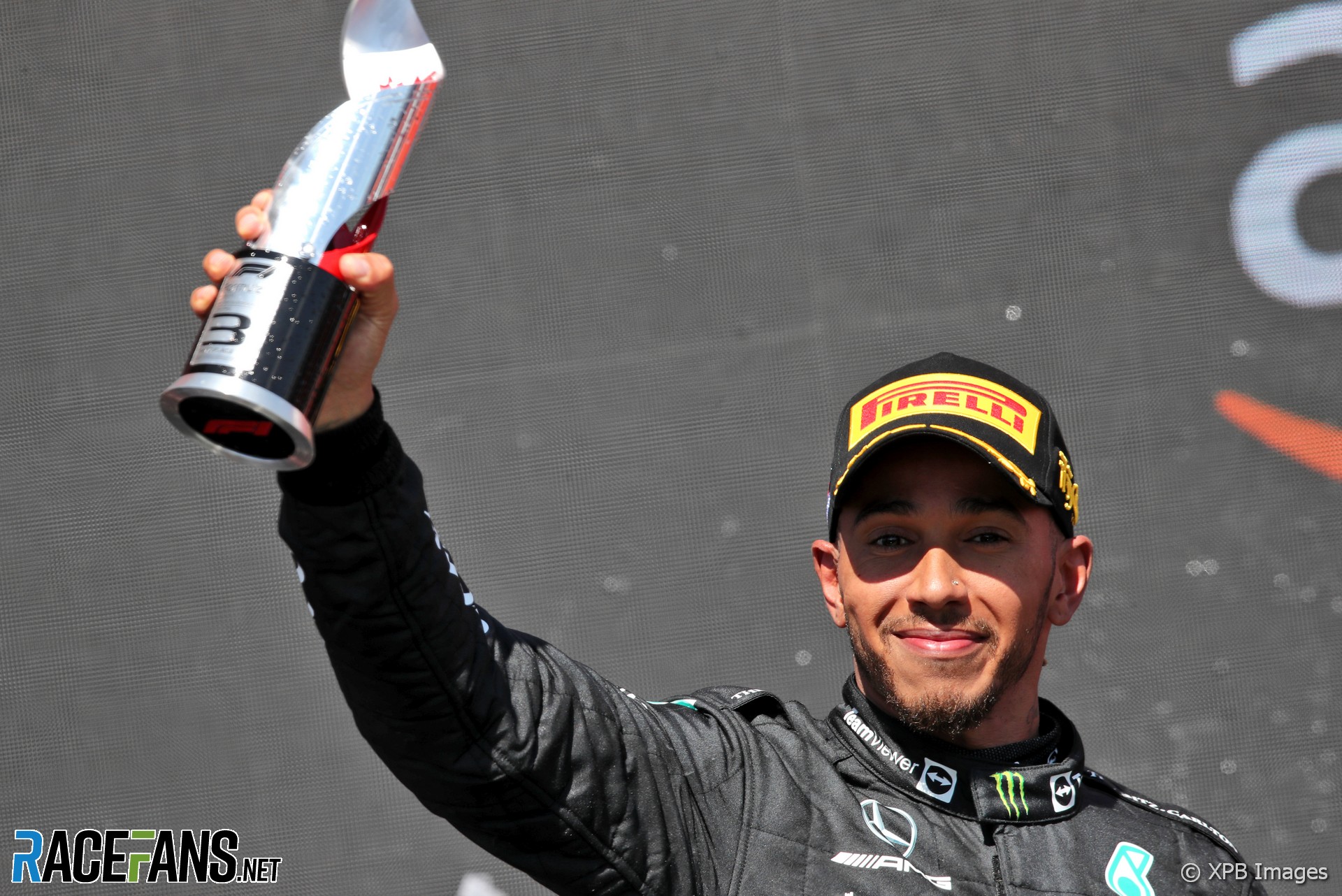 Mercedes have glimpsed the potential in their car with their encouraging performance in the Canadian Grand Prix, Lewis Hamilton has said.

The seven-times world champion finished third in yesterday’s race ahead of team mate George Russell. He came in seven seconds behind Max Verstappen after a Safety Car period eradicated his 27-second deficit to the leader earlier in the race.

Hamilton was encouraged to see he could briefly stay in touch with Verstappen and Carlos Sainz Jnr after the final restart. “It feels great today to be in amongst the battle,” he said after the race.

“For a second, at the end there, I was just about keeping up with these guys. But then they pulled away at the end. But it’s given me and the team a lot of hope.”

Mercedes have endured a difficult start to the season with their W13, which has not yielded the expected levels of performance and has frequently subjected its drivers to heavy porpoising and bouncing. Now Hamilton believes the team are starting to make progress with it.

“I think that there’s more to come from this car,” he said. “The potential is truly there if we can get the set-up right.

“That’s been the most difficult thing this year, really trying to optimise the set-up. The window for this car is much, much smaller than any other car we’ve experienced.”

The team have experimented with extreme configurations in their efforts to understand and solve their problems. One such experiment on Friday left Hamilton describing his car as a “disaster”. After moving closer to his team mate’s set-up, Hamilton said the car performed much better.

“We tried two different avenues and the avenue I was down was dreadful,” he said. “So we collated all the data we had and we made drastic changes to the set-up. And it was much, much nicer today. More in line with what we anticipated and it was good.

“When you get a full race distance in, you find a lot of things out about the car and the relationship you have with the car and data, et cetera. So, there’s a lot to take from today.”

“The balance I had on [Friday] was neutral, super-positive, so no rear end,” he added. “As soon as you apply one degree of turning, the rear end’s come around.

“I was just fighting that constantly and it was very difficult to keep it out of the wall. That’s why I didn’t finish my long run, because it was just undriveable in the set-up window that we tried. It was just an experiment, to see whether the car would work there, and it didn’t.

“So then we made the changes and today was a much better balance in terms of I had a little, nice amount of understeer today, better traction, not having those snaps. So, it was night-and-day difference. [But] we still have bouncing, that’s not going away.”