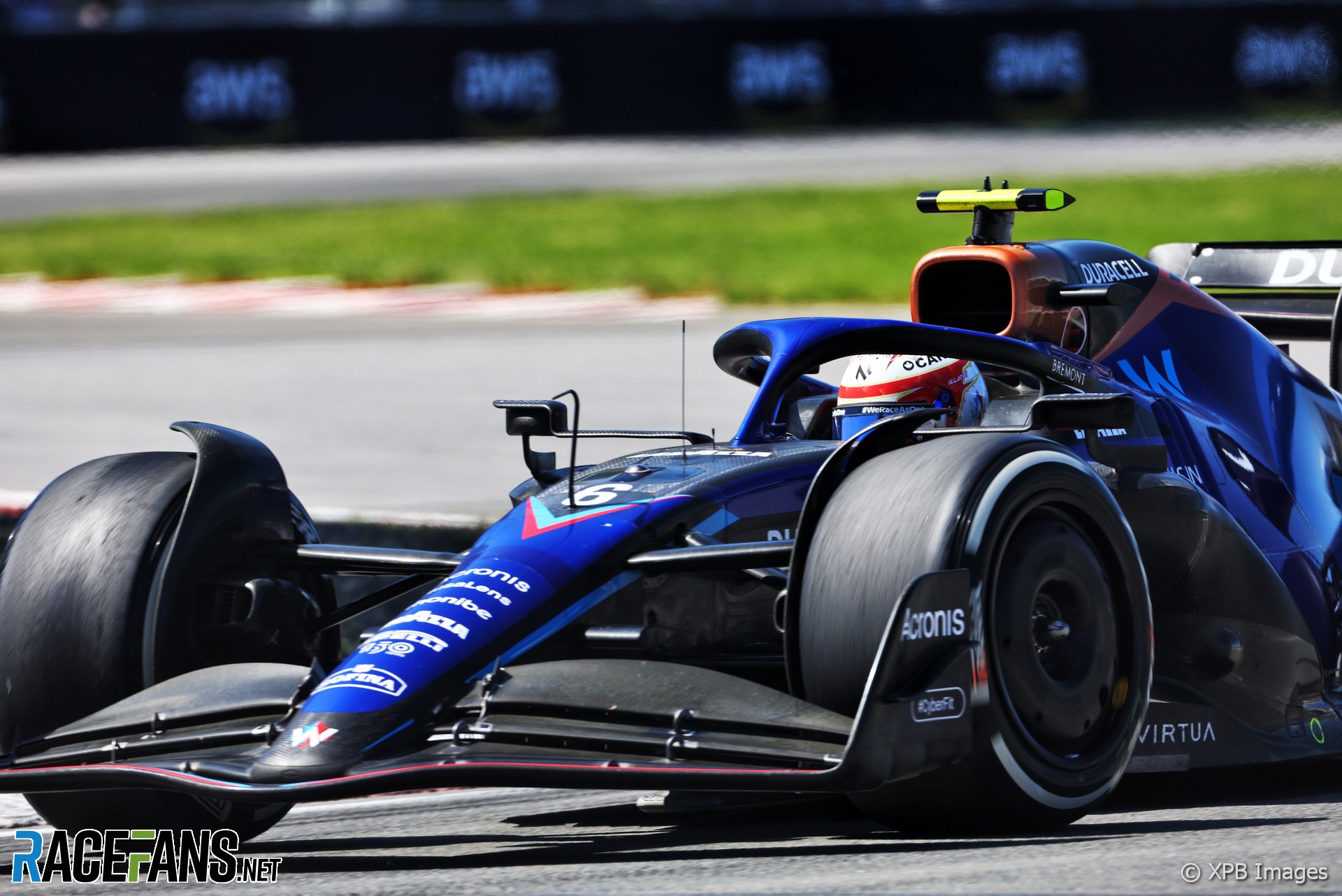 Nicholas Latifi isn’t convinced his chassis is capable of performing in the same way as that of his team mate Alexander Albon.

In his third season of F1, Latifi has been consistently out-paced by Albon, who arrived at Williams this year. After finishing 16th in his home race last weekend Latifi admitted “there wasn’t really anything enjoyable about it.”

“We’ve been lacking so much pace right from the off,” he explained. “Low fuel, high fuel, when tyres are good, when we’re managing tyre degradation. I mean, we’re just way too far off.”

He hopes to use the gap before the next round at Silverstone to understand his deficit to his team mate.

“We have to use this two-week break and try to understand, see if we can find anything,” said Latifi.

“For me it has to be something quite fundamental because there’s no situation or condition on-track, not even when people aren’t pushing flat-out and I feel I am, that the pace is competitive. So we’ll see, try and reset going into Silverstone and go from there.”

Latifi admitted he lacked confidence in the team’s 2022 car earlier in the year. However he is convinced his problems go beyond that.

“I feel it’s far beyond the driving style issue,” he said. “For sure, at the beginning of the season, there was a part of that, you can maybe still attribute some of the lap time delta to that.

“But for me, looking far beyond that, looking far past any of the confidence limitation that I feel I was having at the beginning, the pace will just not be there. There’s situations where I just don’t feel my car is capable of doing what I see he’s doing on the data, which is not a nice feeling to be in.

“It’s a bit puzzling. So again, we’ll use this two-week break to see what we can analyse.”