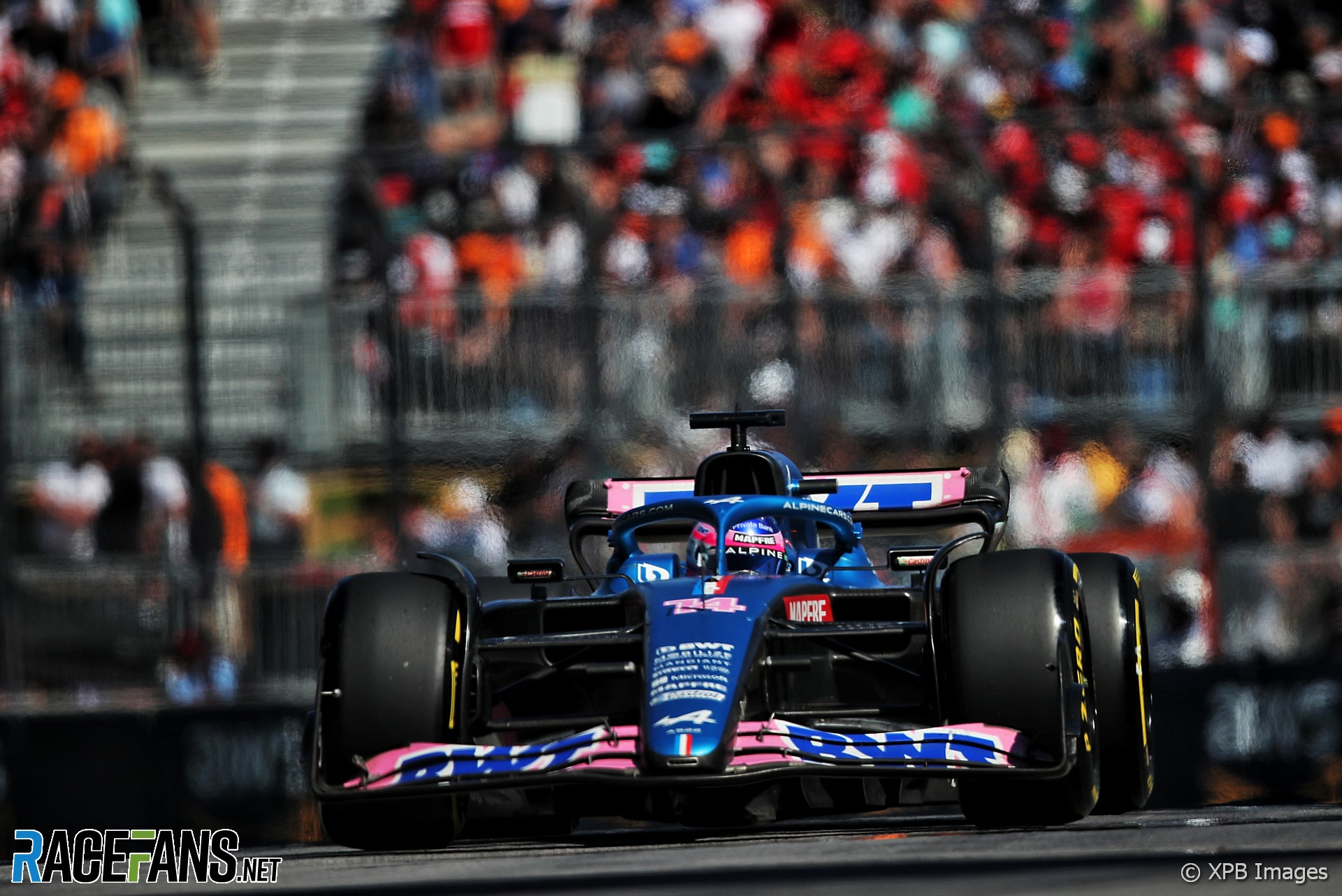 Alpine team management defended Fernando Alonso after he was penalised for weaving on the final lap of the Canadian Grand Prix.

Alonso was penalised, as Lance Stroll was in Australia, for the defensive moves he performed while trying to keep Valtteri Bottas behind. Bottas drew close to the Alpine on the final lap as Alonso had a snap of oversteer at the exit of turn nine.

Approaching the turn 10 hairpin, Alonso defended the inside line, but Bottas emerged from the corner poised to overtake in the DRS zone. It was at this point Alonso began the moves the stewards considered unacceptable.

Alonso pulled off-line to the left, then to the right again as he opened his DRS. He swerved back to the left again, then right once more and then back onto the racing line, at which point Bottas backed off slightly. As they approached the final chicane Alonso changed lines again to cover the inside.

The stewards ruled Alonso violated the International Sporting Code regulation which states “more than one change of direction to defend a position is not permitted.” They called Alonso’s driving a “clear breach” of the rules, but Alpine team principal Otmar Szafnauer disagreed. “Was it deserved? No,” he commented after the race.

It is the second time this year Alonso has lost points due to a post-race penalty. His five-second time penalty yesterday dropped him from seventh to ninth; in Miami the same cost him a points finish. On that occasion Alpine complained they had not been able to make representations to the stewards about their driver’s penalty.

Szafnauer said he was “not frustrated” with Alonso’s latest sanction “but it’s always good not to get those penalties and finish high, for sure.”

It capped a disappointing race for Alonso who was classified ninth after starting on the front row. He lost time during the race due to a power unit problem.

“We don’t know what it is yet, it looks like it was an air leak somewhere, but from where I don’t know,” said Szafnauer. “That manifested itself in some higher temperatures and then you had to manage, so we were limited down the straight.”

Alpine did not approve Alonso’s request to be put ahead of his team mate in the final stint. However Ocon did lend a helping hand by backing off enough that Alonso could benefit from DRS.

“I’m all in favour of allowing them to race, but you’ve got to remember Fernando had a powertrain issue that, he had a leak that caused him to not have the straight-line speed. Esteban graciously waited for him, so he could have a DRS train, which was the right thing to protect him from Bottas.”