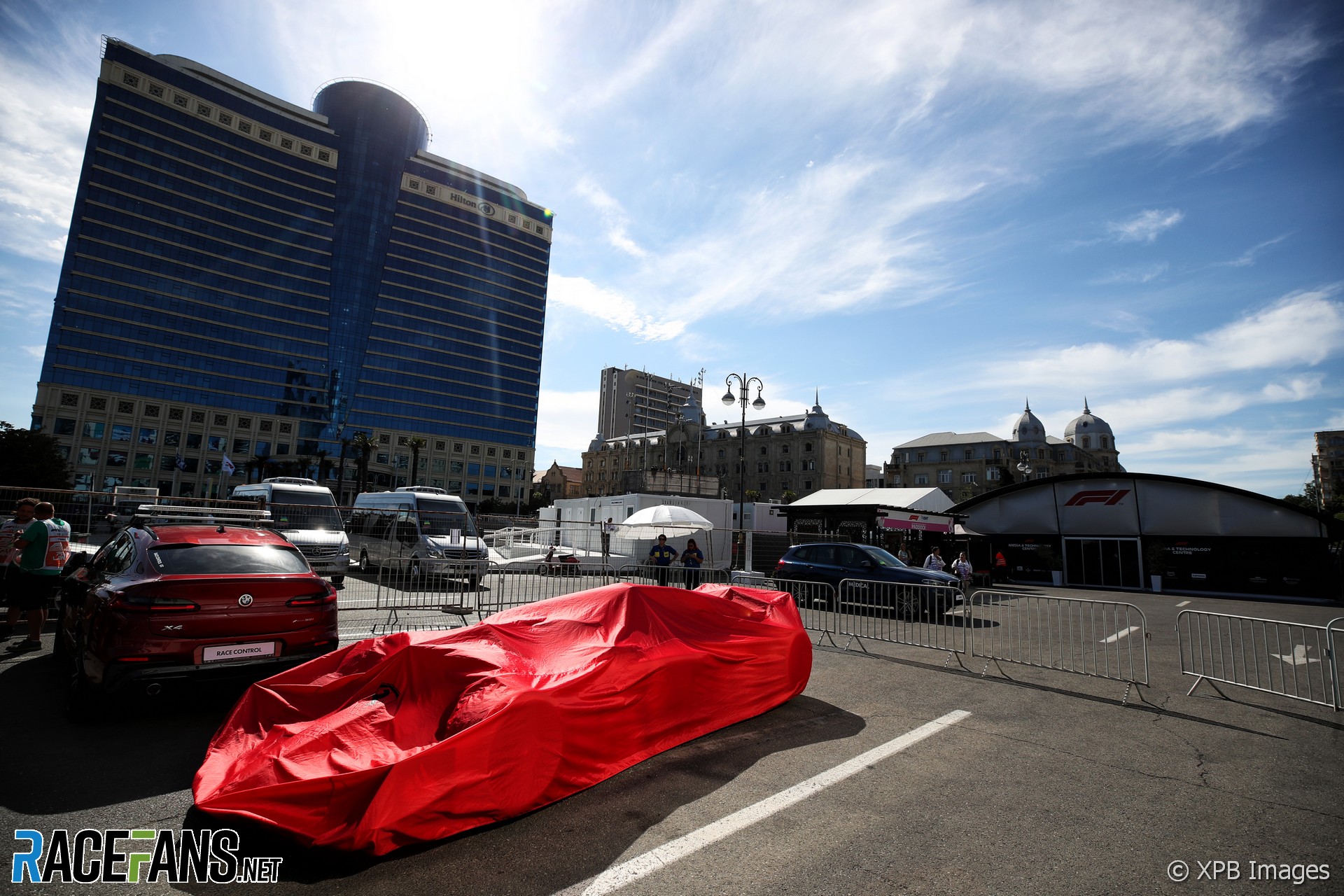 Formula 1 makes a long-overdue return to Canada this weekend for the first race in Montreal since the outbreak of the Covid-19 pandemic, which kept this popular race off the calendar for the last two seasons.

Can Ferrari fix their worrying reliability?

The Azerbaijan Grand Prix marked the lowest point of the season so far for Ferrari. For the fourth successive race weekend, the team arrived at the track on Sunday with high hopes of securing their third win of the year from pole position, and then left the circuit having seen Red Bull celebrating yet another victory instead.

Ferrari began the season with their reliability seemingly unquestionable, while Red Bull suffered unexpected breakdowns at crucial moments. However, that narrative has been overturned in the last three races. Charles Leclerc retired from the lead of the Spanish and the Azerbaijan Grands Prix, allowing Red Bull to cruise to five wins in a row to take a commanding lead in both championships.

The headaches for Ferrari were made more severe by Carlos Sainz Jnr also retiring from a sudden hydraulics failure. Meanwhile two more Ferrari-powered customer cars – the Alfa Romeo of Zhou Guanyu and the Haas of Kevin Magnussen – also retired with hydraulic and power unit problems, respectively.

Ferrari say they will conduct a thorough investigation back at Maranello. But with this weekend’s Canadian Grand Prix taking place only seven days after the race in Baku, getting on top of their reliability concerns this quickly will not be an easy task.

A welcome return to Montreal

The Circuit Gilles Villeneuve in Montreal has always been one of the most popular venues on the Formula 1 calendar. Not just for its semi-street circuit layout where fast straights and mid-speed corners are hemmed in by barriers, but because of the vibrant city of Montreal and stunning location that has always made this weekend one of the most anticipated of the season.

This year, the Canadian fans will have two of their own to cheer. Nicholas Latifi finally gets to race at home in his third season as a Formula 1 driver. Lance Stroll has raced here many times before, but this will be the first time he has done so in the British Racing Green of Aston Martin.

As for the race itself, there are plenty of unknowns for everyone heading into this weekend. Not just for the teams and drivers, but also for Pirelli too, says motorsport director Mario Isola.

“Canada will pose a number of question marks for the teams,” Isola explained. “The weather is often variable, all previous data is three years old, and we have a completely different range of tyres with new compounds and structures, on a track that is hardly ever used – which will lead to a very high degree of evolution.

“One interesting aspect to Montreal is that it has one of the lowest pit lane time loss penalties on the calendar, meaning that a car can be in and out of the pit lane in less than 20 seconds. This could open up a few options in terms of strategy.”

Whether it’s the closeness of the barriers ready to punish mistakes or simply something in the water in the St Lawrence river that surrounds the Isle Notre Dame where the circuit is based, the Canadian Grand Prix has played host to an impressive number of first-time grand prix winners in its history.

They include the driver the track is now named after, Gilles Villeneuve, in 1978. Thierry Boutsen opened his account for Williams in 1989, then Jean Alesi and Robert Kubica took one-off triumphs.

Among the current crop of drivers, Daniel Ricciardo secured his first career win with Red Bull during a dramatic race in 2014. And Lewis Hamilton’s record tally of 103 grand prix wins began in Canada during his outstanding rookie season 15 years ago.

Sainz will be hoping that two years’ worth of good fortune will be built up ready for him to arrive for this weekend. While Ferrari are especially keen to break Red Bull’s run of victories after their double DNF in Baku, Sainz will want more than anyone to finally take his first career victory in a car that is clearly fast enough to beat Red Bull consistently on Saturdays.

But to do that, he’ll first have to beat Leclerc – by no means an easy prospect given his team mate’s form through 2022 so far. Sainz is the only driver yet to beat his team mate in qualifying this year, though he was on course for pole position after the first run in Q3 last weekend.

After struggling all through the start of the 2022 season from porpoising at high speeds, Mercedes appeared to have found a workable solution with their upgrade package at the Spanish Grand Prix in May. Then, in Azerbaijan, the stiff suspension settings they were using over the bumps of the Baku City Circuit gave both drivers – Hamilton especially – a very uncomfortable time in the car.

Hamilton experimented with a new floor design which caused such severe bottoming-out he nearly lost control of his car at several points and ended the race in considerable pain. Mercedes’ trackside engineering director Andrew Shovlin said avoiding a repeat of the bouncing troubles the team experienced in Baku will be a prime objective in Canada.

“The bumpier tracks seem to be a particular problem for us and Montreal is not especially smooth, so we’ve got one area there to work on over the next few days before we get running again,” Shovlin said.

“The team is determined to continue pushing to find solutions, to find performance and to get back to racing at the front.”

Drivers speak out over bumpy rides

While teams have made progress in reducing the problem of ‘porpoising’, drivers are increasingly concerned about the poor ride quality they are experiencing. The latest generation of cars are being run much more stiffly, and react poorly to bumpy tracks.

This prompted many drivers to raise the matter with the FIA during their briefing with race director Niels Wittich in Baku last Friday. However some team principals, notably Red Bull’s Christian Horner, have alleged this is being done for political reasons, to pressure the FIA into making rules changes which would help those teams whose cars perform less well over the bumps.

Meanwhile it remains to be seen how rough a ride they will suffer this weekend, on a track which hasn’t been used for three years.

Latifi may finally get to race in front of his home crowd, but will he be back next year? He has brought useful sponsorship to Williams since his arrival in 2020, but has lagged behind his team mates, and was even out-paced by Nyck de Vries when the Formula E world champion made a one-off appearance for the team in practice last month.

Now there are rumours Williams has decided to replace Latifi for next year. Reigning Formula 2 champion and Alpine junior Oscar Piastri is tipped to his place.

Meanwhile Latifi has hardly endeared himself to his rivals in recent races. He collected a five-second time penalty for responding too slowly to blue flags when Pierre Gasly tried to lap him last weekend. Sainz may wish to know why Latifi went unpunished for doing the same in Monaco, and potentially costing him victory.

Formula 1 team’s 9,000 kilometre journey from Baku to Montreal for races on consecutive weekends highlights the excesses of this year’s calendar. It isn’t the first time teams have had to make such a trip, but rising travel costs and the need to reduce the series’ carbon footprint has cast a new light on the problem.

F1 is looking into ways to cut its travel next year, potentially by grouping more races together geographically. The Miami round in May would seem an obvious partner for the Canadian race, potentially allowing F1 to drastically cut its transatlantic travel.

Are you going to the Canadian Grand Prix?

If you’re heading to Canada for this weekend’s race, we want to hear from you:

Who do you think will be the team to beat in the Canadian Grand Prix? Have your say below.