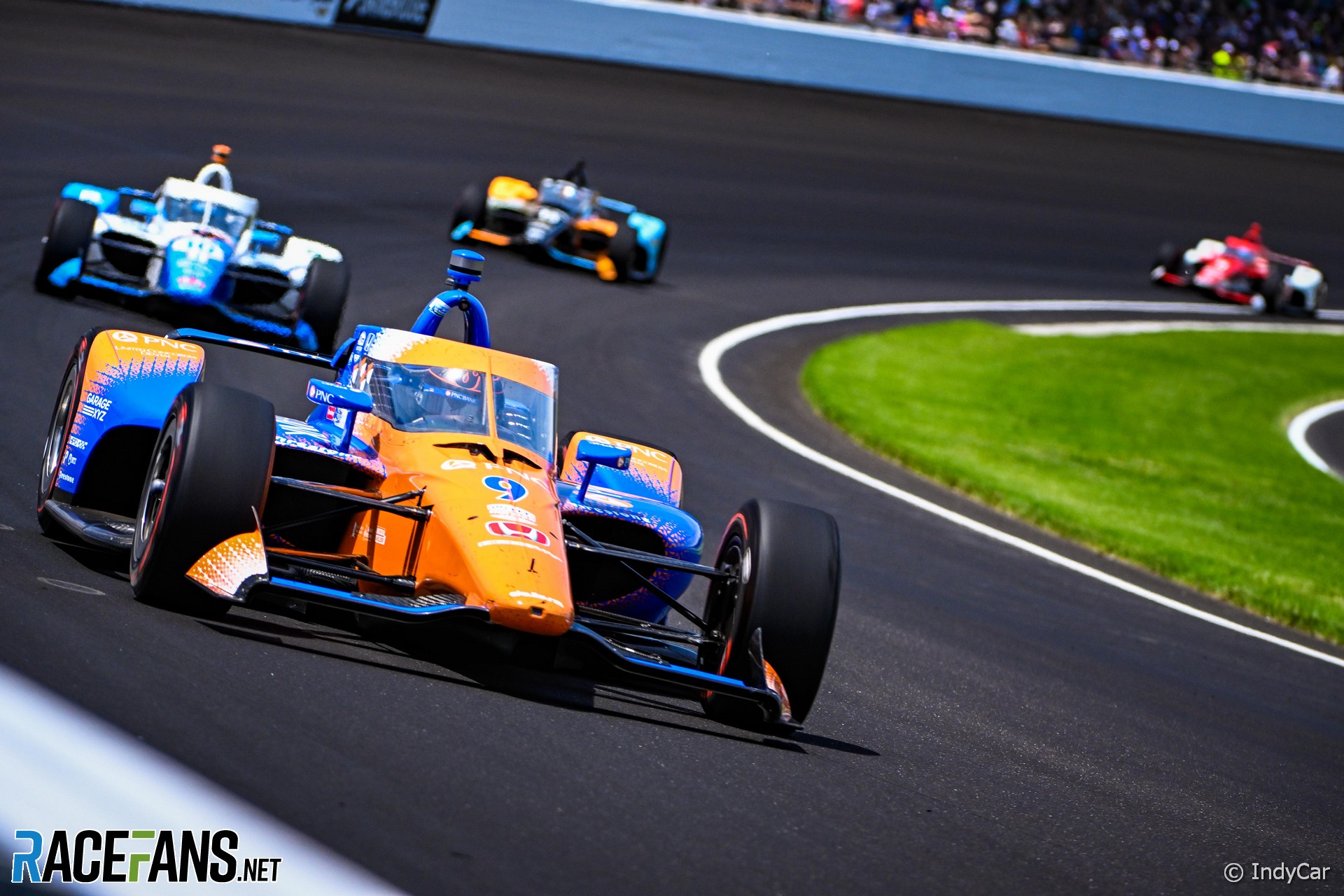 Scott Dixon was short of words to describe his disappointment after a drive-through penalty for pit lane speeding cost him his second Indianapolis 500 win on Sunday.

“It’s just heartbreaking, to be honest,” the Ganassi driver said after the race.

The six-time IndyCar champion had sat on pole position with the fastest four-lap pole run in Indy 500 history. He led almost half of the race’s laps – 95 out of 200 – and became the all-time record holder for most laps led in the history of the event. A second Indy 500 win seemed certain.

But all of these statistics and minor accolades achieved in the days and moments before the finish were no consolation after Dixon locked up entering the pit lane for his final pit stop. He entered the pits just one mile per hour over the designated 60mph (96kph) speed limit, and was given a drive-through penalty which harpooned his victory hopes.

“I don’t know, it must have been very close,” said Dixon. “I kind of came into the pit, locked the rears – and then kind of locked all four, and I knew it was going to be close. I think I was a mile an hour over or something.”

It’s the latest in a recent string of missed opportunities for Dixon to achieve his second win in the Indy 500, after winning it for the first time in 2008 – the first year of the reunified IndyCar Series.

Last year a full-course caution during a pit window forced Dixon to take on emergency service in a closed pit lane. Dixon, who had started on pole as he did this year, finished 17th after falling a lap down due to the ensuing penalty. A similar misfortune befell his team mate Álex Palou early in this year’s race, but the reigning IndyCar champion was able to rally back to a ninth-place finish.

In 2020, Dixon led 111 laps, but was overtaken by Takuma Sato with 16 laps left, and a late race caution left him unable to retake the lead. Unlike on Sunday, there was no red flag and late restart on that occasion. Sato went on to win his second Indy 500, while Dixon finished second.

In 2019, he was hit from behind late in the race and suffered damage that left him stuck in sixth gear as he fell down the order. In 2017, he qualified on pole position, but his race ended in a frightening airborne crash when he vaulted over the back of Jay Howard’s car and landed on the top of the SAFER Barrier, breaking his car in two. He narrowly missed out on the win in 2015 to Juan Pablo Montoya, and also in 2012, to his then-team mate Dario Franchitti.

Dixon leaves Indy with a 60 point deficit to his team mate and new championship leader, Marcus Ericsson, who seized the opportunity presented by Dixon’s misfortune and went on to a life-changing victory on Sunday.

“It’s just frustrating,” Dixon said of his 21st place finish. “The car was really good all day, we had good speed. I think the team did an amazing job on strategy.”

“I just messed up,” he said, struggling to hide his wholly justified disappointment.