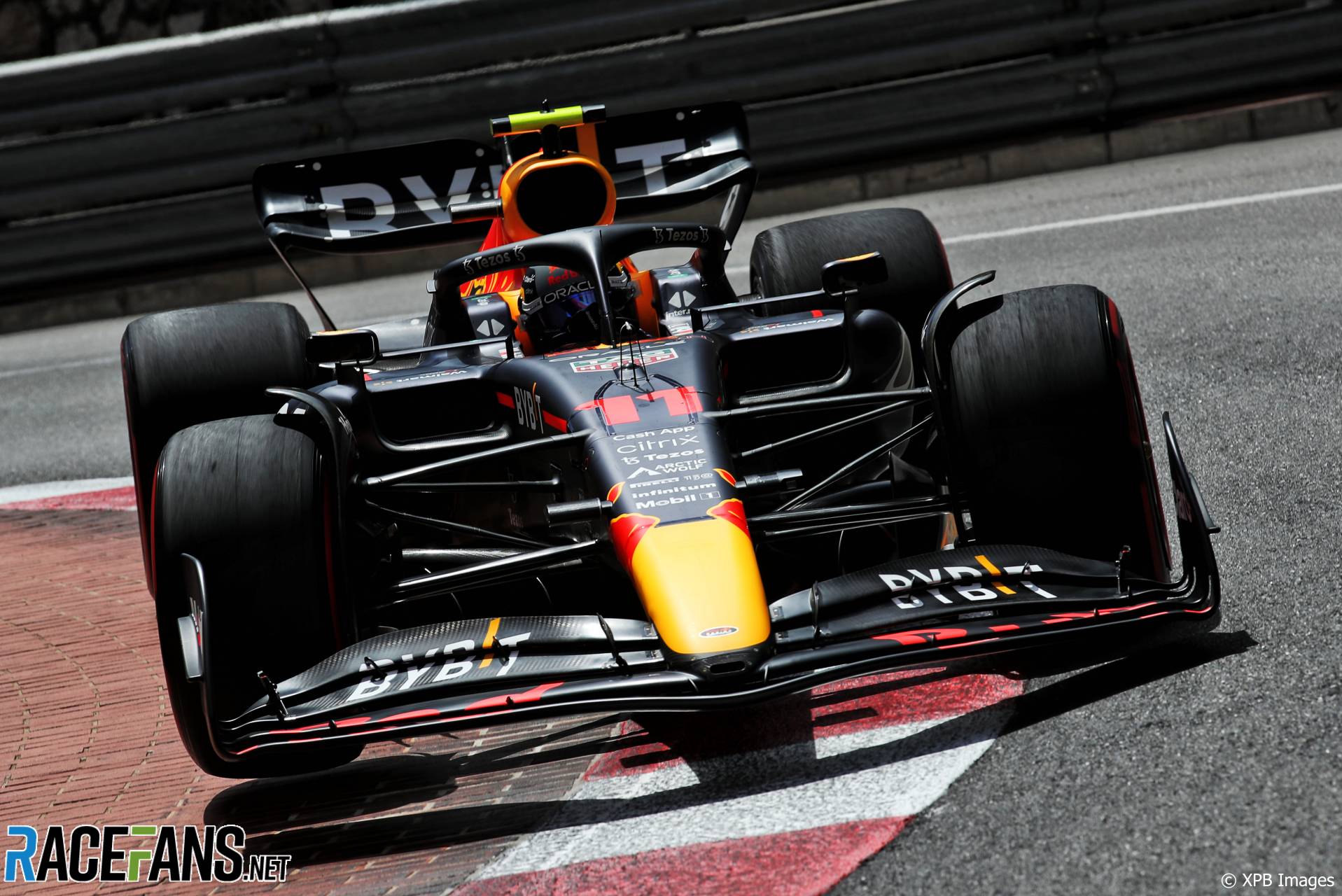 Sergio Perez ended Charles Leclerc’s run on top of the practice times in Monaco ahead of today’s crucial qualifying session.

The pair were separated by four hundredths of a second at the end of the final hour of practice around the Monte Carlo street circuit. Carlos Sainz Jnr was third fastest, with Max Verstappen fourth in the second Red Bull.

For the third session in a row, clear blue skies greeted the drivers as the track opened for the final hour of running before qualifying, with ambient temperatures in the mid-20C range and slowly rising. Despite being the final opportunity to prepare their cars for the most crucial qualifying session of the season, many of the teams were no rush to get out onto the circuit in the opening minutes.

Fernando Alonso set the initial pace with a 1’15.809 on the soft tyres – well off the benchmark set by Leclerc yesterday – before he improved by over a second to a 1’14.757. Eventually, the two Ferraris of Leclerc and Sainz joined the circuit, with Leclerc jumping to the top of the times on a 1’13.647. Verstappen then split the two Ferraris, a few hundredths behind his championship rival.

Perez then lowered the fastest time on a 1’13.297, which was then matched exactly by Leclerc by the nearest thousandth of a second. Leclerc then improved to go quickest of all, lowering the best time to a 1’12.885.

As with on Friday, Sainte Devote was proving the most difficult area of the circuit. Lando Norris bailed out of a lap after locking up approaching the first corner, before Lance Stroll did the same moments later with Sainz making a near identical error not long after. Lewis Hamilton brushed the wall lightly on the exit of Tabac, but was able to continue with no harm done.

Traffic was also a major concern once again in the final hour. Sainz was involved in two incidents, first allegedly impeding Stroll into the final corner of Anthony Noghes, before a scary incident approaching Casino Square left Sebastian Vettel audibly unhappy at having to avoid the slow Ferrari. The stewards have announced Sainz’s incident with Stroll is under investigation along with another between Verstappen and Zhou Guanyu.

Verstappen improved to go second quickest, just over three tenths off from Leclerc’s best, before Sainz went fastest of all ahead of the pair of them. Stroll’s eventful session ended at the exit of the Swimming Pool when he hit the outside barrier. He was able to safely recover to the pits, but did not re-emerge.

Heading into the final ten minutes, times were again improving at the top of the times sheets. Leclerc re-took the top spot, until Perez improved to go quickest. Leclerc jumped back to the top on his next effort, before Perez improved to take the number one spot a second time from the Ferrari.

At the chequered flag flew to end practice, Perez ended the session fastest of all to break Leclerc’s run of quickest times. Sainz was third, three tenths away from Perez, with Verstappen fourth fastest and four tenths back.

Pierre Gasly put AlphaTauri fifth over seven tenths back, just ahead of Norris and Hamilton in the first of the Mercedes. The top ten positions were rounded out by Kevin Magnussen, George Russell and Fernando Alonso.