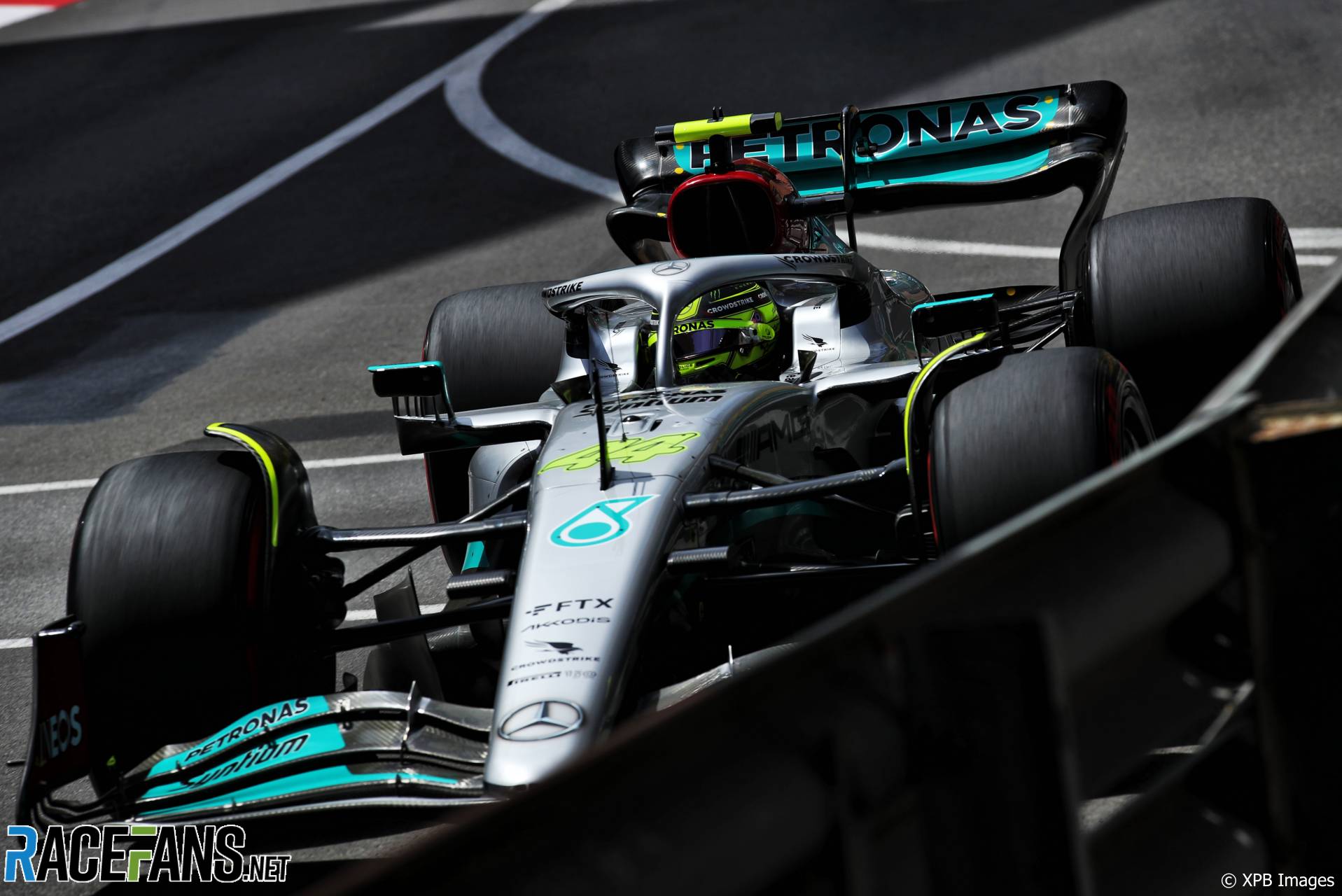 Lewis Hamilton says Mercedes’ handling problems are more severe than they predicted after qualifying eighth for the Monaco Grand Prix.

Before the race weekend began, team principal Toto Wolff said they were concerned the W13’s low-speed cornering performance would prove a weakness around Monte Carlo.

The team suffered severe bouncing in practice. Overnight changes seemed to ease those problems, Hamilton said, but the car lacked pace. Neither Mercedes got within seven-tenths of a second of pole-winner Charles Leclerc.

“We have poor rear downforce,” Hamilton explained. “Loads of front but nothing on the rear.”

“Today it felt better, but we seem to be slower,” he added. “I don’t know really why. It felt like we improved the car in terms of bouncing but it feels slower.”

He believes the car’s performance over the bumps is exacerbating their low-speed handling difficulties.

“We weren’t very good in the low-speed in the last race anyway,” he said. “In the race it was okay but [not] on a single lap.

“So [we] anticipated it would be difficult here. I think it’s worse than we anticipated because of the bumps. It’s super bouncy for us everywhere. Slow, medium and high, so challenging.

Hamilton was unable to complete his final flying lap in Q3 due to the red flags for Sergio Perez and Carlos Sainz Jnr’s crashes.

“I think it wasn’t looking too bad before that but this sort of thing happens,” he said. “It is what it is.”

That left him eighth on the grid, one place lower than he qualified last year. Unless rain falls during tomorrow’s race, Hamilton doubts he will be able to do anything to improve his position.

“You can’t overtake here,” he said. “I’m hoping that the weather plays up and it creates opportunities, maybe people do different strategies. It’d be nice to have some luck for once.”