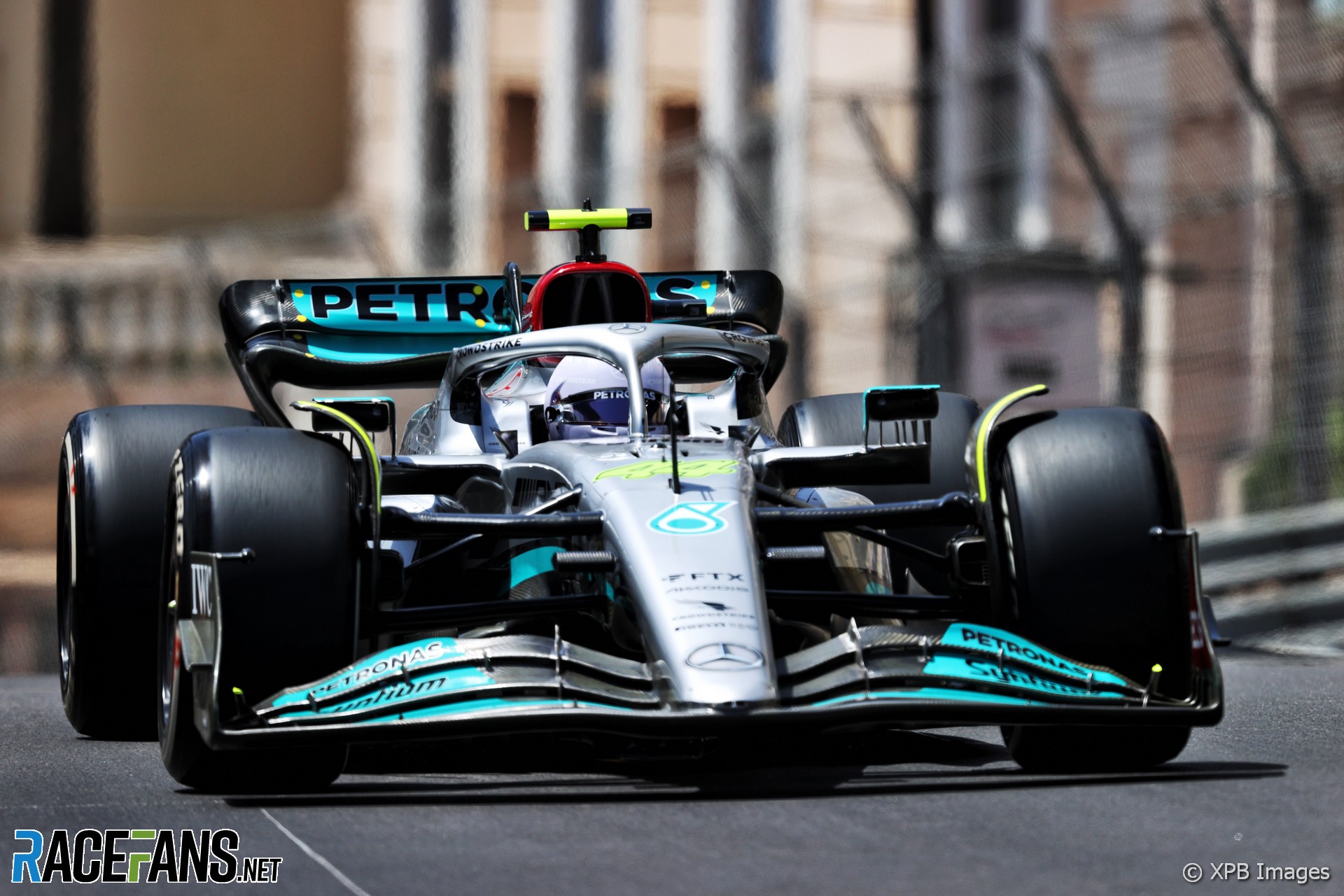 Toto Wolff says a stiff suspension set-up used on the Mercedes W13 during first practice was responsible for the severe vibrations Lewis Hamilton complained about.

Hamilton ended the first hour of practice for this weekend’s Monaco Grand Prix with the tenth fastest time of the session. He complained several times about the excessive bouncing he was suffering around the Monte Carlo street circuit.

While Mercedes have a well-documented problem with porpoising at high speed with their new ground-effect car for the 2022 season, team principal Toto Wolff told Sky that Hamilton’s difficulties today were caused by the car’s stiff suspension settings.

“I think we have a ride issue,” said Wolff. “There’s something that we’ve had through the season and it’s on the bouncing. Sometimes it’s a combination between aero and stiffness – today it’s the stiffness.”

Wolff believes that if the team can find a solution to their ride problems, they will be able to demonstrate that they have a “good” car in Monaco this weekend.

“It looks like that our car performs, because we were quick,” Wolff said. “Maybe not at the end, where we had the hard tyre on and we did the long runs. Overall I think it’s a good car, but it’s just undriveable like this.”

The team will try to make their car more comfortable for their drivers, Wolff said, by working on their set up over the coming two practice sessions. “I think [we will] work on the set-up, trying to make it a little bit more enjoyable for them,” he said.

Hamilton asked race engineer Peter Bonnington for elbow pads to be installed in his cockpit to help him cope with the vibrations in the car. Wolff joked that, “if it’s fast, we’ll make him all the pads he needs.