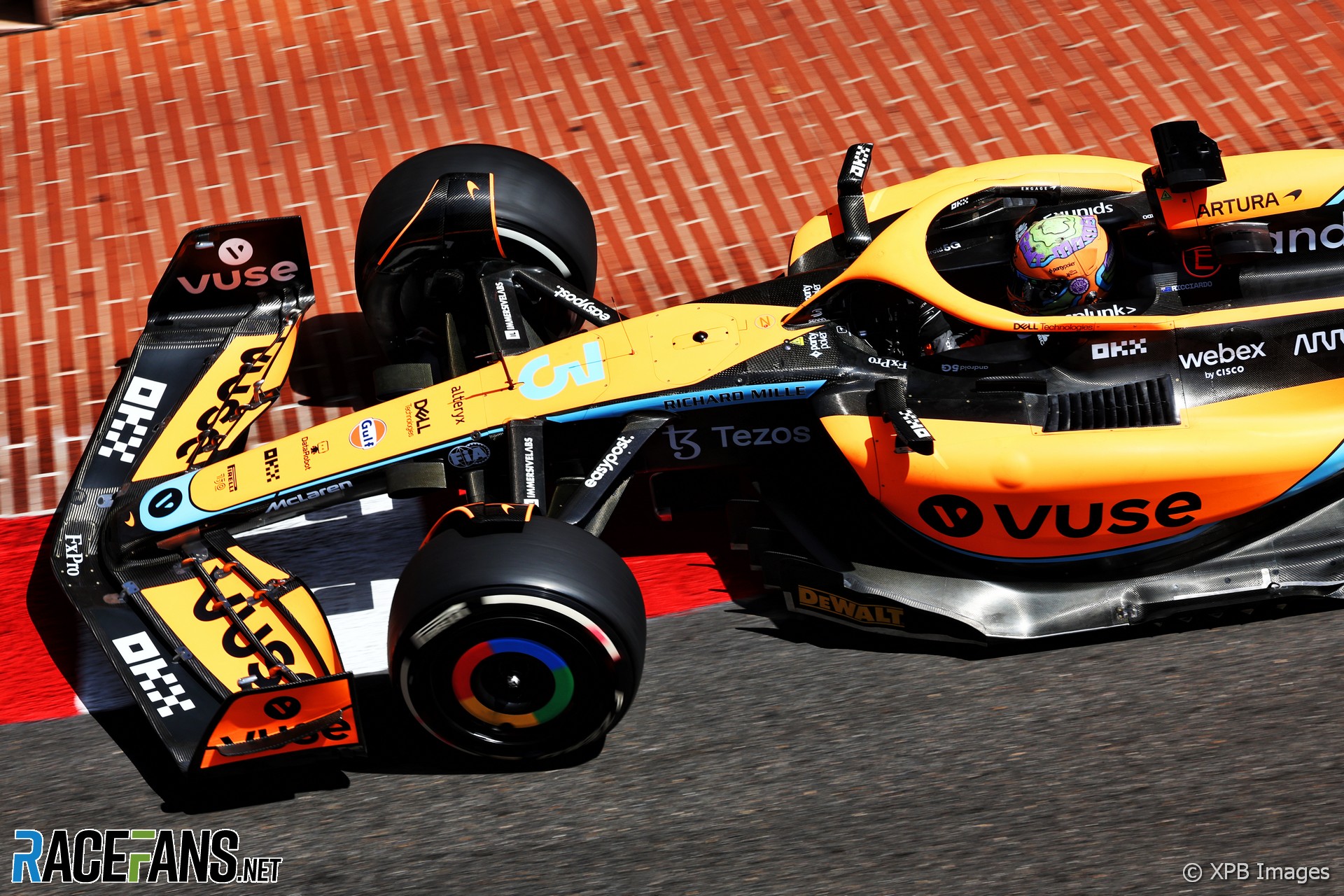 Daniel Ricciardo said his heavy crash in practice for the Monaco Grand Prix happened because he’d been too ambitious with his car’s set-up.

The McLaren driver clipped a barrier in the Swimming Pool complex early in second practice, and continued to the exit of the complex where his MCL36 came to a stop against another barrier.

Ricciardo described how he felt the car get away from him but was unable to regain control.

“Obviously it happens quickly but it kind of slowed down as well,” he said. “I knew everything that was happening and I tried to save it.

“But already into turn 13 I already starting losing it, I could feel the car was starting to get away from me. A little strange. I think normally you could probably pick up some stuff maybe on turn 14 on the kerb, if you kind of get a bit too greedy and the car can get unloaded.”

He believes some of the changes made to his car for the run contributed to his mistake. “I think honestly we just pushed a few things with set-up.

“Obviously we’re trying but pushed a little too far probably in a couple of areas. I tried my best to save but we couldn’t.”

His team mate Lando Norris finished second practice fifth-fastest behind the Ferrari and Red Bull drivers. Ricciardo said that gave him encouragement for the weekend ahead.

“I know they’ll fix it. Obviously we missed all the session but I’m okay, we’ll be ready to go tomorrow. The morning was good, we’ll use that, and Lando had a pretty good [second practice] by the look of it so we can bounce back.”

“We kind of never really know how you’re going to go around here in terms of if you’re in that midfield scrap, you’re either in the front end or the or the back end,” Ricciardo added. “But I think today at least we showed that we are going to be relatively competitive around here, for our battle.”